Earlier I remade the design of an old calculator entirely in CSS. I had a lot of fun making it, so I decided to do the same with a Polaroid camera this time. 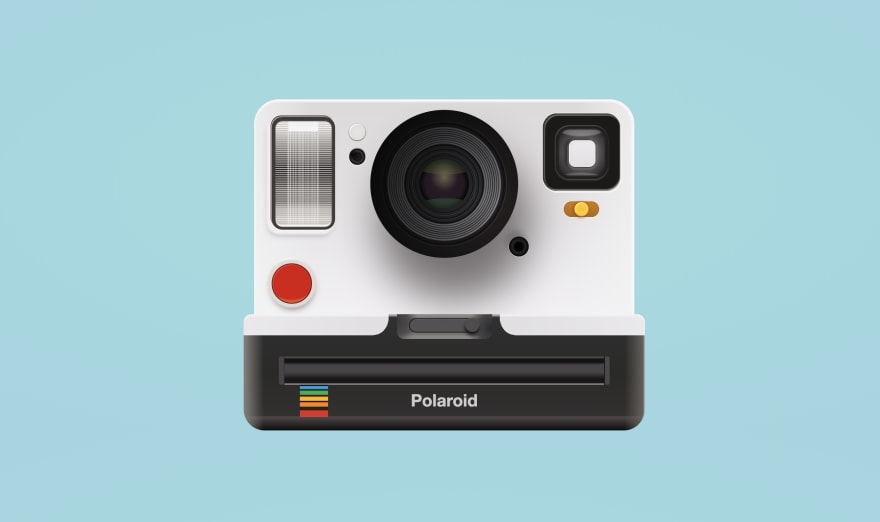 In this tutorial I'll guide you through my process, and explain how to replicate a physical product in CSS yourself.

Since this is a rather large project I won't go through every component individually, but the full code is available on CodePen, GitHub and Glitch.

I highly recommend forking it and playing around with it to understand further how each component is built.

I also recommend having some pen and paper closeby to sketch out the structure of the project. While creating the HTML and CSS I was constantly breaking down the components on paper.

First you want to find a high-quality image of the object you're going to recreate. You'll be picking colors and measuring dimensions a lot, so it's important the image has decent quality. 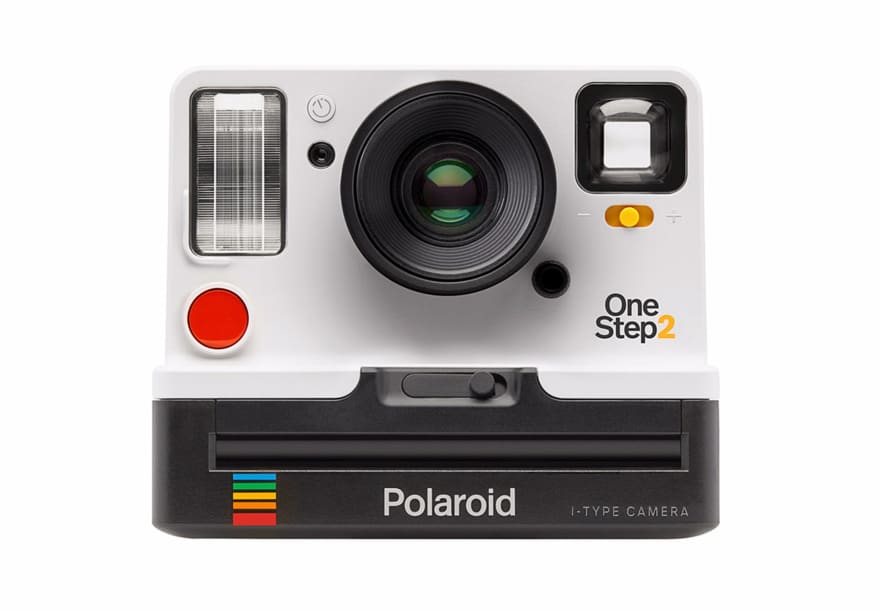 This is the one I started off with. As you can see, I also went for an image that was already taken from the same angle and with the same lightning as I wanted my result to be.

Once I decided which image I wanted to work with, I analyzed it and sketched out the basic structure, which will later on be translated into html. 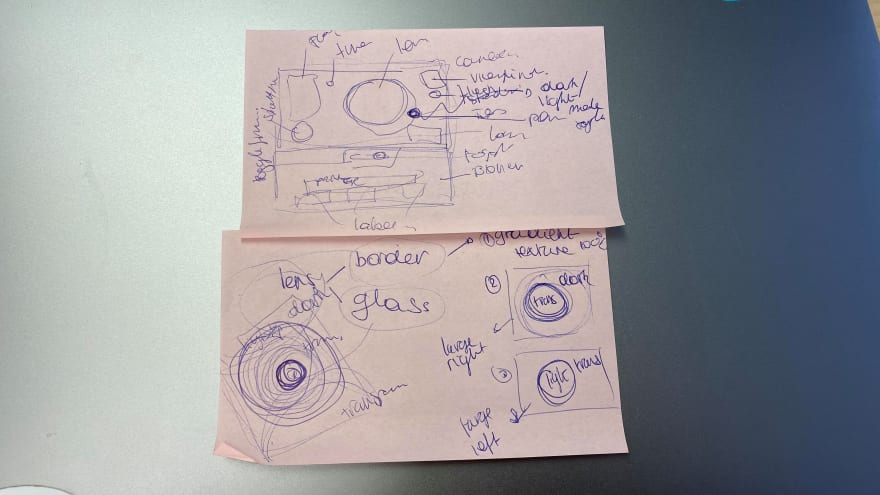 Keep several things in mind when doing this: 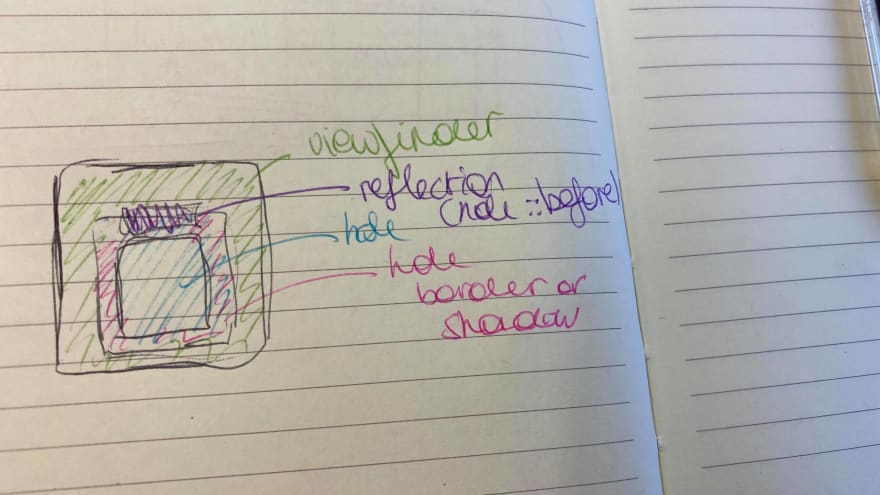 With this in mind, the structure becomes something like this:

Step 2: Translate the structure in HTML

Once you have split up the image in different components and have the structure laid out on paper, you can quite easily translate it into HTML.

Now that we have that in place, we can get started with the CSS work and actually create something visual.

Step 3: Style each component one by one

Start with the outlines

I recommend starting with the larger and easier parts. In this case with the polaroid camera, starting with the top or bottom part of the body is a good idea. They have the least amount of detail and also set the structure of the camera, so they'll help you with the positioning of the other components later on.

Once you have the bigger pieces in place, you can move on to the other components. The order afterwards isn't too important. I worked from the bottom upwards, but it's really up to you.

If you're new to gradients in CSS, you probably want to continue with the items that have few details (for example the red shutter, or the white timer button) to get a hang of things before moving on to the more complex ones like the lens or the flash.

Decide on sizing, positioning and colors

You want to have the picture open in a program (I used Figma) where you can pick the colors and measure how large each component has to be. 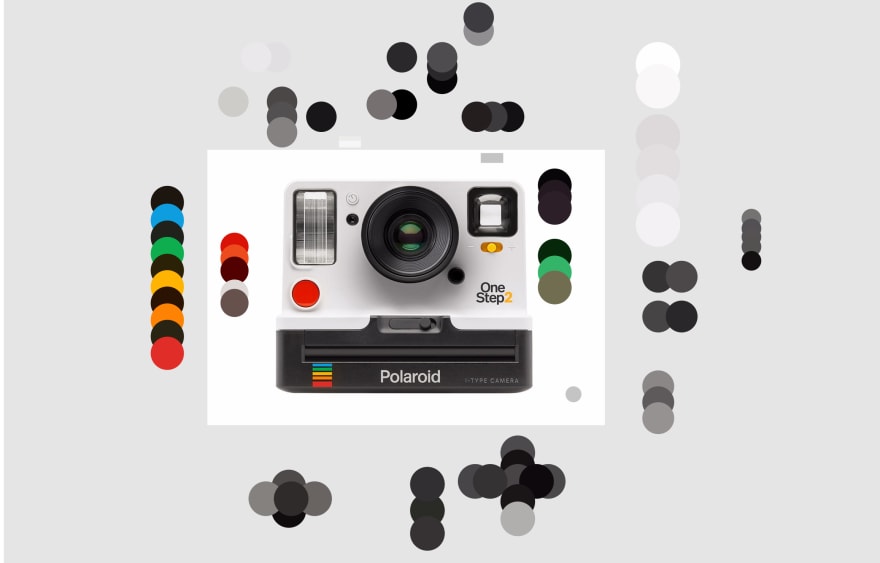 The rainbow in the bottom is a good example to illustrate this with. I first drew a rectangle on top of it to measure the width and height, which I then set in the CSS. The same can be done to decide the positioning:

It's best to go for absolute positioning for all components, except for the outer camera body which can be position: relative. By having them positioned absolute, the width and height of one component won't affect the positioning or sizing of other components.

For the colors, I drew several shapes and used the color picker to get the right color code for each part. For most of the physical components I used gradients rather than flat colors, even if the component looked more or less flat. 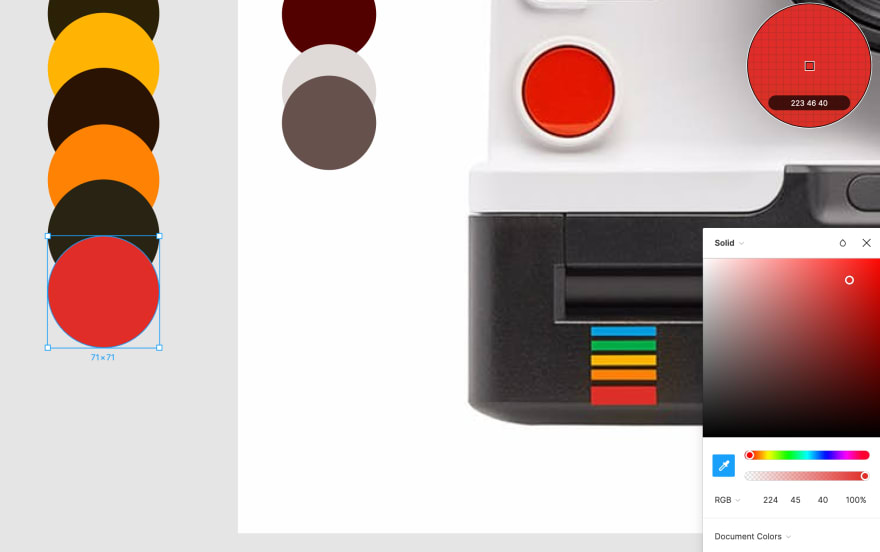 For example, the top part of the camera body has three different whites as the base layer. While it's not very noticeable, doing this does give a bit more dimension to the designs.

If you're not satisfied with how it looks, you might want to add a third or fourth color, or make the contrast between the colors a bit smaller. This is a trial and error process, so you want to have the output and the code open at the same time.

In a project like this you'll need to layer gradients within the same div. And with that I mean, layer a lot of gradients.

An important thing to remember when stacking gradients is the order in which they will show. Let's take the following example:

The green gradient will be shown on top, the red one underneath, and the black one on the bottom. We can also decide the size, positioning and repetition of the gradient in a similar way:

For the top of the body, I mainly wanted two stacked gradients:

Now let's take a look at a more complicated component, the flash. 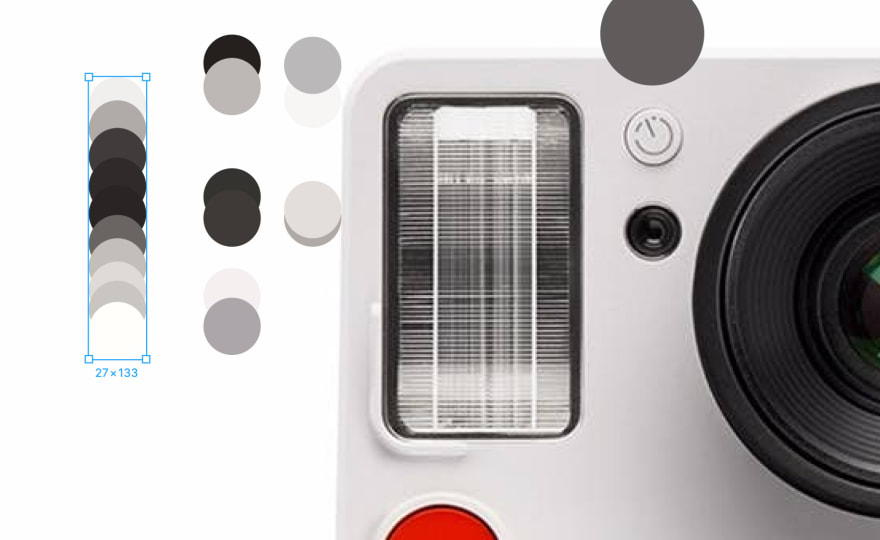 After selecting the colors for the gradient, we can translate it into CSS like this:

If we just render this, we would only see a big white gradient on top (linear-gradient(#EDECEA,#F6F6F8)), because by default each gradient is set to 100% width and height and stacked on top of each other.

So let's measure the size of the gradient on top, and where the vertical lines should come.

After adding reflections and shadows (which will be explained in the next section), our flash ends up looking like this: 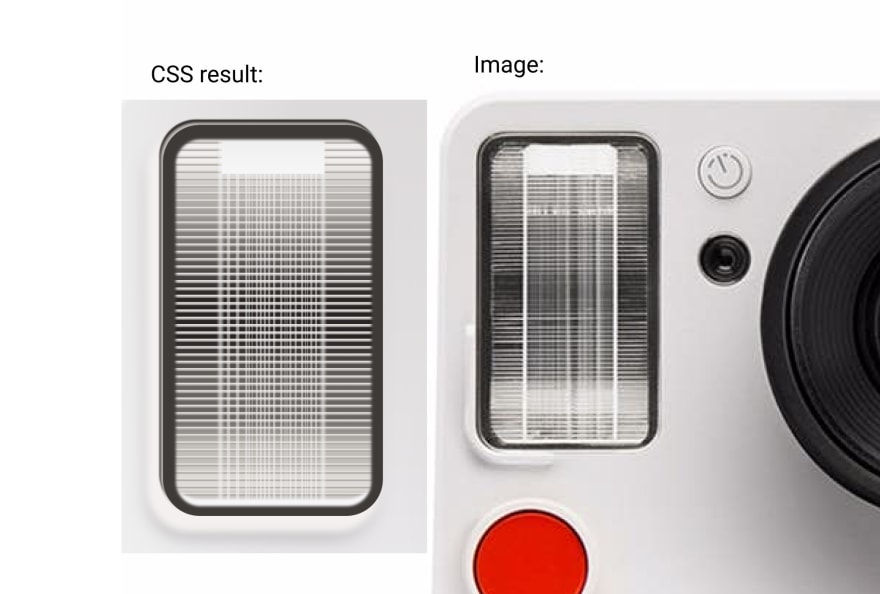 After you styled your component with gradients, it's clear that something is still missing: depth, shadows and highlights. Just like we stack gradients, we can also stack shadows on top of each other.

It works the exact same as the gradients, the first one mentioned is the one that's layered on top.

In this example we end up with a red shadow on top of a blue shadow:

If we reverse the order, the blue shadow would be on top, hiding the red one:

The easiest example to show what we can do with shadows is the white timer button. When zooming in on the image we can see two things we need to create the depth:

Let's start with the shadow:

Next, we can add the highlight. We want the highlight to be inside the button, not outside of it, so we'll use the inset value for this.

Example: Depth around the flash

Let's go back to our more complex example, the flash. We want the component to be slightly elevated, for that we'll need a white shadow with a gray shadow underneath.

Afterwards, we also want some shadows inside:

Example: Reflection on the glass of the lens 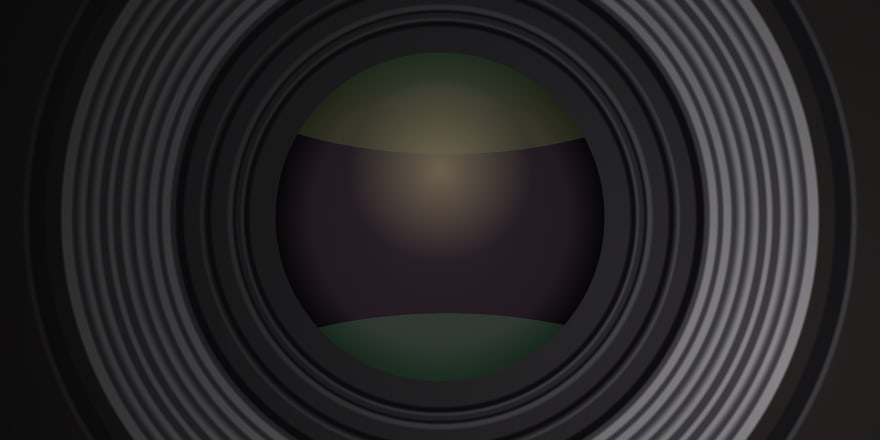 If we look at the middle, we see I used 4 gradients here:

The full code is available on CodePen, GitHub and Glitch. Open it, inspect it and play around with it. Changing some values is the best way to understand what each component is doing.

Show me your results!

If you followed this tutorial to create an image of your own I would love to see the end-result, you can tag me on Twitter (@liatrisbian), Dev (@fossheim), CodePen (@fossheim) or GitHub (@sarahfossheim).

If you want an extra challenge, here are some fun interactions you could add to my existing code:

Why I fell in love with tailwindcss

Windows Terminal - port a scheme from iTerm2, customise your own scheme and use a custom font

💜 A collection to learn React Hooks! 🎣