First of all, this article has a bit of a headline, and I apologize to the readers. The headline of this article is the layout engine. But I suggest that you must read this headline party article, and you will definitely gain something after reading it.

Why write this article?

A few days ago, I released one of my front-end open source projects named: Fower. Many users have asked me what is the difference between Fower and Tailwindcss. My answer is that Fower has the same philosophy in utilty-first. In fact, CSS framework with the utilty-first concept has existed for a long time, such as: ACSS, Tachyons.

One of the biggest differences between Fower and Tailwindcss is that Fower provides a very easy-to-use layout tool: Fower Layout toolkit, which is the reason for writing this article. Below I will share in detail the original intention of developing the Fower layout and its design ideas.

Let's briefly review the history of Web layout. During the entire evolution of Web layout, we have experienced no layout, table layout, positioning layout, floating layout, Flexbox layout, and Grid layout.
I will not elaborate on the characteristics and advantages and disadvantages of each layout here. I will only talk about my personal views and conclusions: at the current stage, considering the functionality, ease of use, browser compatibility, etc., using Flexbox layout is the best choice. Some people who are interested in learning more can read the following article.

The core of the layout

Layout in Sketch and Figma

Figma and Sketch are two very well-known design software. We can see that they consistently use very vivid directives in the processing of element spatial relations: align to top, align to right, align to bottom, align to left , Align base on space. This is also the most intuitive way.

Layout In Swift UI and Flutter

Now we look at two modern UI solutions: Swift UI and Flutter, how they deal with UI layout.

In Swift UI, we can see keywords such as HStack, VStack, aligment, space, etc. We found that Swift UI is also developed around four elements: container, element, direction, and spatial relationship:

In Flutter, we can see keywords such as Row, Column, aligment, and space. We find that Flutter is also developed around the four elements of container, element, direction, and spatial relationship:

We found that the layout concept of Swift UI and Flutter is very similar to Flexbox layout. In addition, we found that their layout code is directly attached to the container and elements, unlike the traditional Web, where the style code needs to be separated into a single CSS File. Fower and Swift UI and Fluter use similar concepts, style is part of the container and elements, which is also the choice of modern UI development

Although Flexbox is excellent, but for me, it has one of the biggest shortcoming that it's not developer-first. Flexbox layout is not easy to use enough, and the developer experience is not good enough.

Above we talked about the shortcomings of Flexbox layout: not developer-first.

Regardless of whether your container is horizontal (row) or vertical (column), the expressions of these directives such as toRight and toBottom will conform to your visual habits.

Why is this abstract expression better? I think there are several advantages:

1.The following code will automatically center the elements in the container horizontally and vertically, and the container direction is row by default, so it can be omitted: 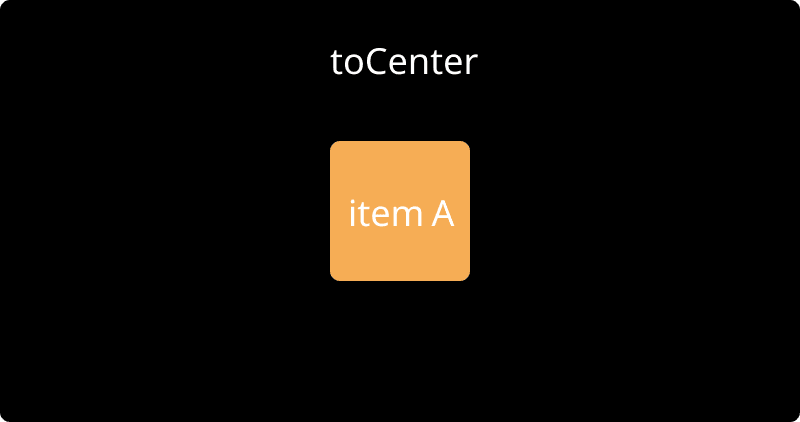 2.The following code will align the three elements A, B, C to the right in the container. The container defaults to row, so it can be omitted: 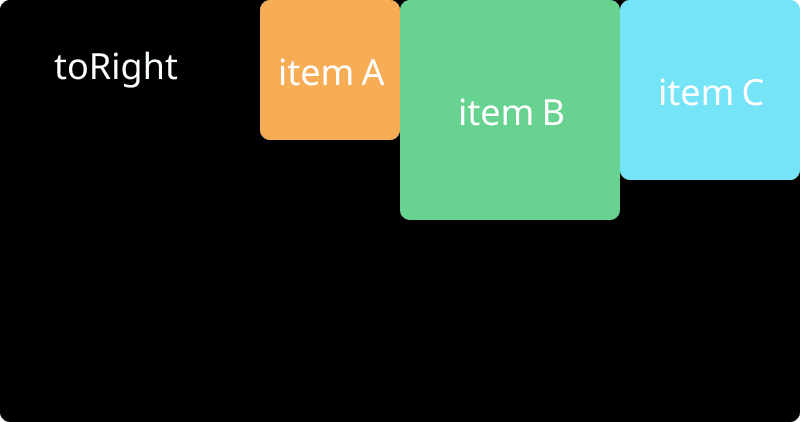 3.The following code will align the two elements A and B to the right in the container. This time we declare column, so the elements are arranged vertically: 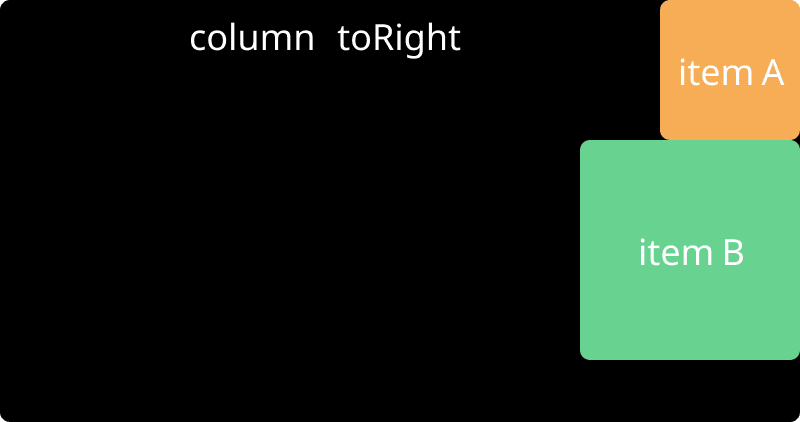 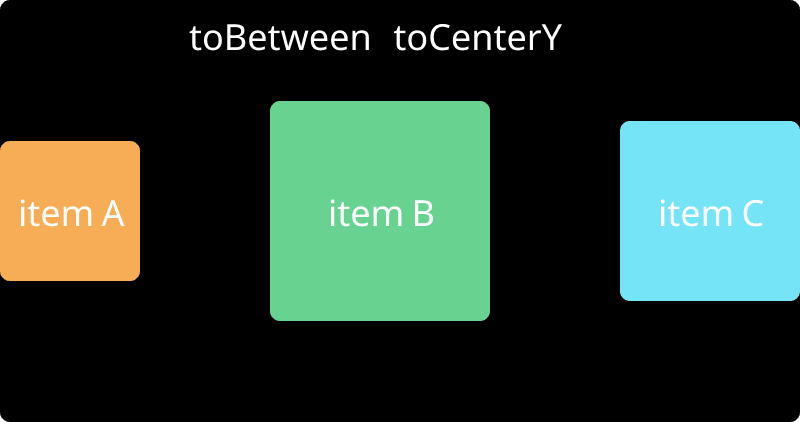 Here are just four pseudo-code examples. In fact, you can use "toLeft", "toRight" and other directives to implement most of the UI layout.

Above, we abstracted the expression of spatial relations and applied directives to the container. Let's take a look at a layout effect, how would you build it with code? 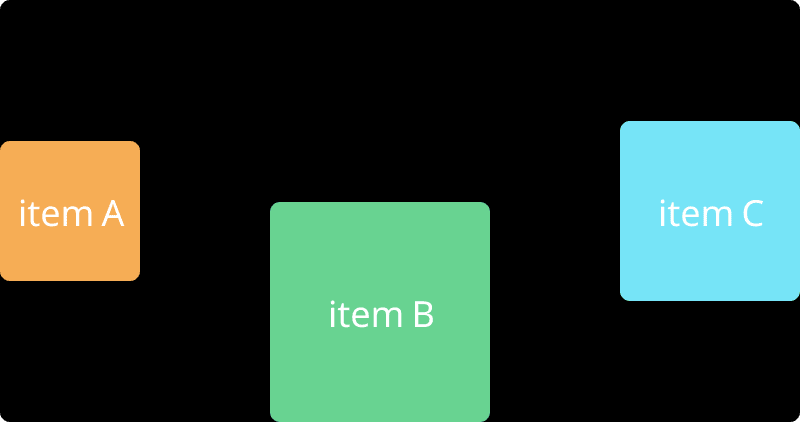 Let me talk about my ideal plan, the pseudo code is as follows:

Here we abstract another type of directives: selfTop, selfRight, selfBottom, selfLeft, selfStretch. These directives can act on elements to individually control the alignment of elements.

So we have some directives that act on elements:

The above 4 design concepts are my personal ideal layout.

Back to our title: A developer-first layout engine for web. In fact, flex layout cannot be called a layout engine, so what is it? Maybe we call it a layout toolkit will be more appropriate.

The biggest feature of Fower layout is developer-first, it is very simple to use and in line with people's intuition.

For more detailed information about Fower Layout, you can look at the introduction of the official document: Fower Layout Introduction

How I discovered React and subsequently got critical of it

How to make this awesome image popup effect