Some time ago I bought a Lenovo Thinkpad E580 computer, then I decided to install GNU/Linux as my operating system, I chose Debian Wheezy but unfortunately my wifi and bluetooth did not work.

After searching the internet I found a controller that was compatible with my wifi, however I couldn't fix the bluetooth. Back then it wasn't a major problem so I gave up!.

Two months ago I bought a wireless headphone, which works via bluetooth, so this time I decided to fix it.

I followed many instructions that I found on the internet, but still couldn't fix it, then I realized that my computer was showing various messages when it started and in general it was:

The problem was obvious, the operating system could not find the bluetooth driver, in the path /lib/firmware/rtl_bt/.

Searching on the internet I found a repository with many different drivers available already compiled (ready to download and use),
So I followed the following instructions to fix it:

If you do not have git installed, here you have the instructions.

In my situation, the above steps helped me to finally fix bluetooth on debian wheezy. Then warning messages no longer appeared.

If these steps worked for you, you will see something like this in your bluetooth settings panel (I am using GNOME desktop environment). 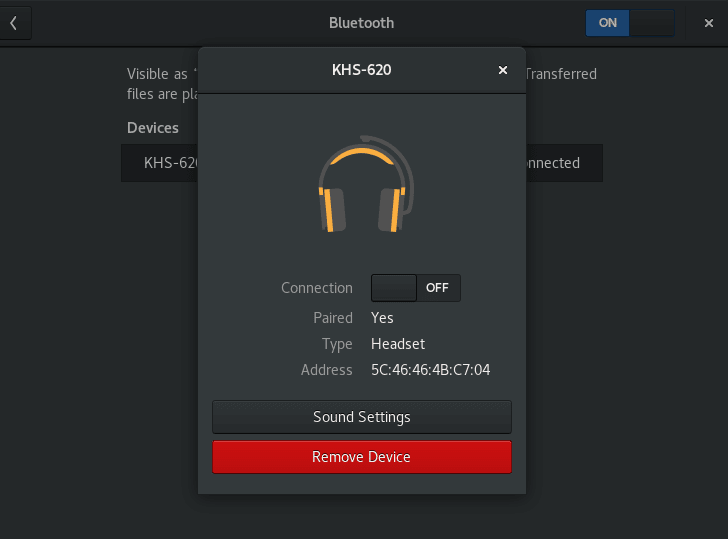 You just need to download the bluetooth driver and add it to the correct path in your operating system, and reboot.

Remember this is my solution, maybe it is not the correct way to install a driver (due to security issues), but I just wanted to listen to music with my headphones, so for me it was not a big deal, but maybe for you are.

Let me know if this worked for you in the comments.

AWS: Launch an EC2 Instance from the Web Console

Mirage of memory, part 4: why am I swapping?

Tmux and Vim Clipboard for Ubuntu

Fabian Quijosaca
Passionate and curious about development and innovation of technologies.
Pitch to me: why should I use Svelte?
#discuss #svelte #beginners #webdev
If you weren't a software developer, then what?
#devjournal #programming #beginners #discuss
What was your win this week?
#discuss #weeklyretro

Once suspended, foqc will not be able to comment or publish posts until their suspension is removed.

Once unsuspended, foqc will be able to comment and publish posts again.

Once unpublished, all posts by foqc will become hidden and only accessible to themselves.

If foqc is not suspended, they can still re-publish their posts from their dashboard.