Have you merged the wrong branch into your branch? or maybe you rebased your branch on the main branch but something
went wrong during the process? Don't worry! You can undo a merge/rebase process fairly easily.

Before doing a dangerous operation, like merging or rebasing, Git saves your previous HEAD location in a special
variable called ORIG_HEAD. This way you can always go back to where HEAD was before you started the operation.

Let's say I have a branch called feature_1. I have accidentally merged the wrong branch into it. Instead of merging
main, I merged develop to it (commit af735d2). I would like to undo this operation.

Before I did the merge, Git saved the value of the previous HEAD location to the ORIG_HEAD variable. In this case,
2d487f5.
To remove the last commit I can instruct Git to reset to the location of ORIG_HEAD like this:

Now my commit tree is clean, and I am back to where I was before the wrong merge.
Notice that the merge commit is removed:

You can use the same command for undoing a rebase. 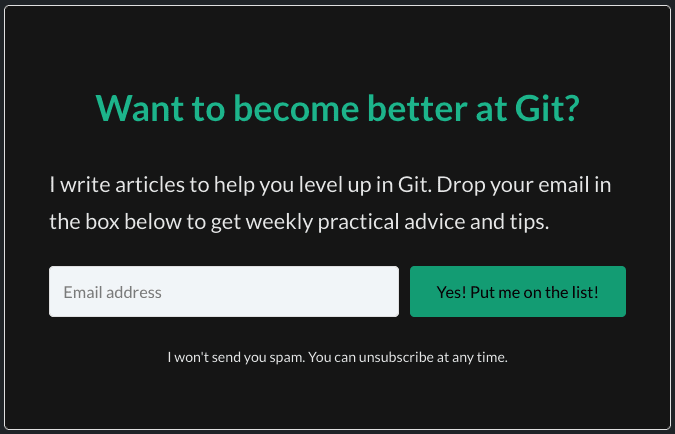 foadlind
My name is Foad. I am a backend Python developer with some experience in machine learning.
Recover a deleted local branch
#git #beginners #tutorial
Accidentally committed to the wrong branch? Here is how to fix it.
#beginners #git #tutorial
All you need to know to survive in Git!
#beginners #git