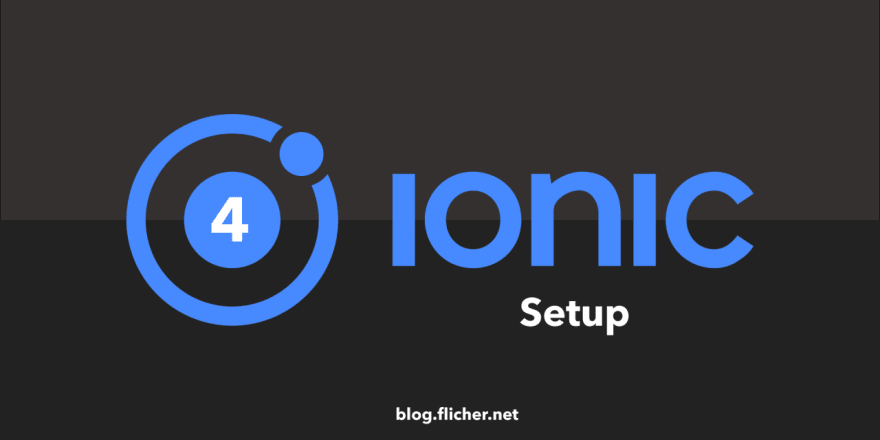 Ionic 4 is finally here! So in this post we will discuss what is the best way to install, run, and emulate Ionic 4 app. We will also see how to test our app while building. Now this post is for Mac users only.

Also we need Ionic and Cordova, So open a terminal window (Mac) and install Cordova and Ionic:

If you already have Cordova and Ionic installed on your computer, make sure you update to the latest version:

We also need an IDE or Text Editor. Personally I use Visual Studio Code. But you can use any.

For demonstration purposes, we’re going to create a simple app

First of all open Terminal and go to a directory where you want to create app. You can use following command to go to different directory.

In this tutorial we will be using Tabs.

After installing `NPM` modules and dependencies, you will see this question, just type `N` because we are not using it yet.

Next, go to the newly created app folder.

Now we can use following command to run the app in browser.

You will see this question, just type `Y` and press enter.

Now we have successfully created an Ionic 4 app and we even tested it by running it on web browser. Perfect!!!

May be there is one more thing we need to do, Now if you open Inspect Element of this page, by right clicking on app, and then click on Inspect 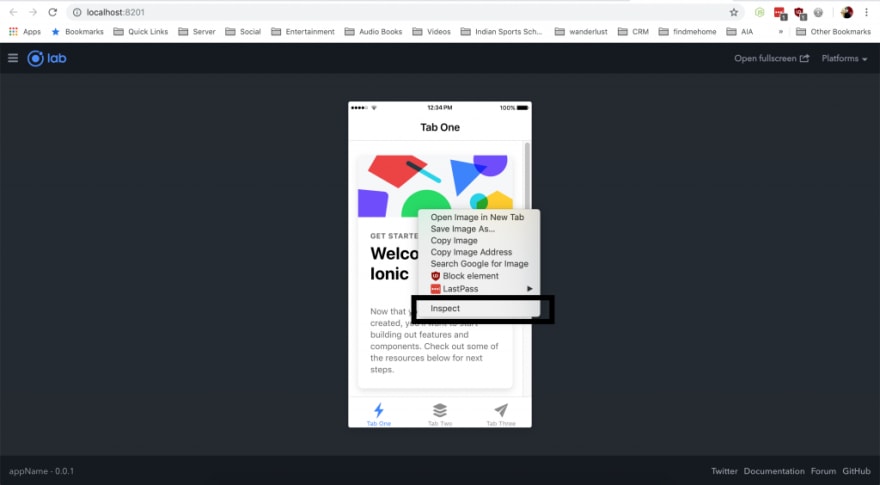 After clicking on Inspect, you will see a new window, Now I want you to click on Console. 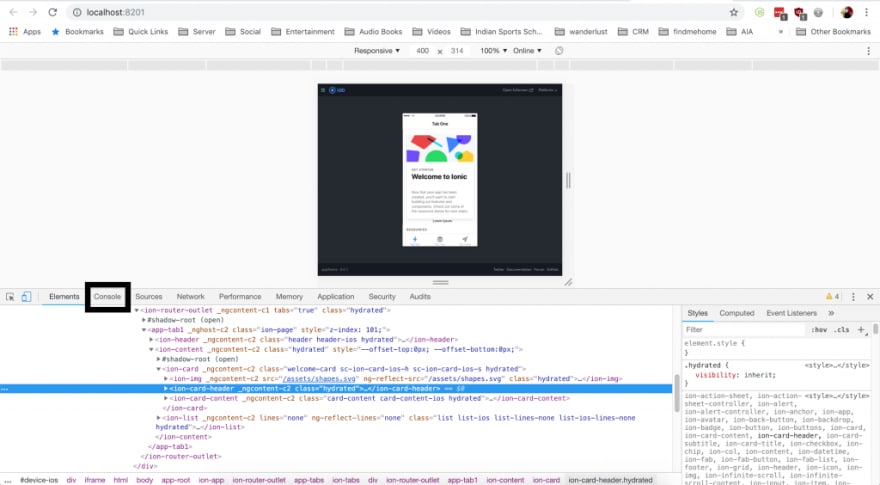 You will see something like following image. Now what the Heck are these errors? 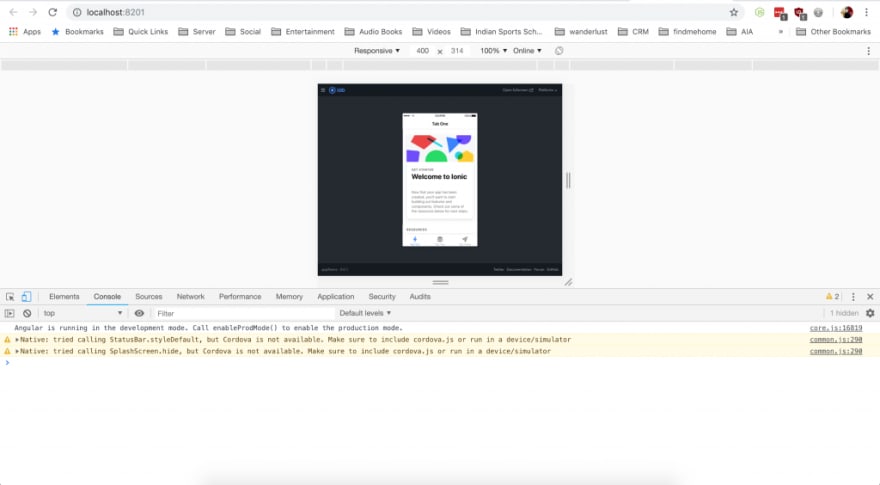 Now you can use Ionic DevApp. You can just install it on your iOS or Android device and run app there. The native Cordova plugins will work just fine there.

But while building the app. we will need see console to see all errors. But if we are using Ionic DevApp, we can’t see console.

So what’s the solution?

So we need to run this app in actual iPhone and use Safari Web Inspector to see console. So what if we don’t have physical device? That’s ok as well. We can run a simulator for iPhone, which will work just like as physical device.

Run following command to get all Cordova files.

This command is going to create some new files. After that we need to change package id in config.xml file. You have to change the id attribute of widget tag to change your app id.

So for my project I am going to change io.ionic.starter to net.flicher

Xcode 10 support in Cordova is still a work-in-progress. So they recommend using XCode 9. So either you can install XCode 9 or use following command to get it working with XCode 10. See this issue for details.

After running this command, Simulator will open and app will be installed on it. It will look like this. 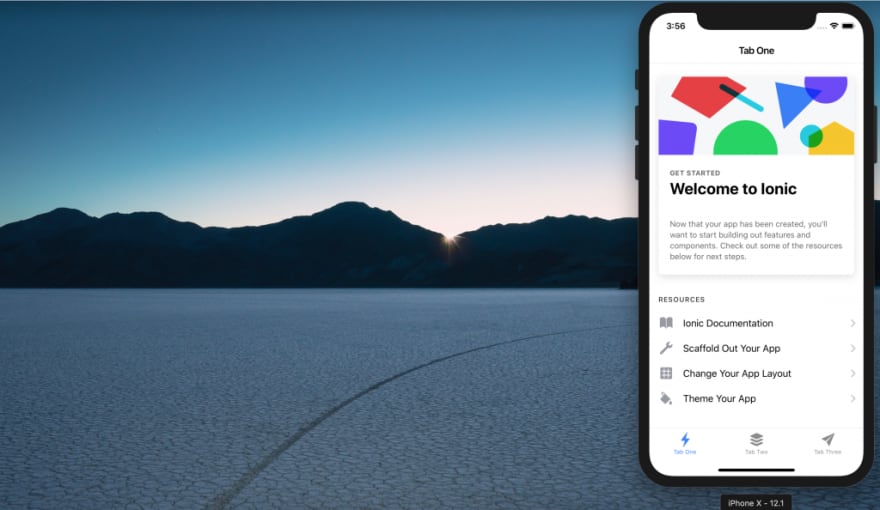 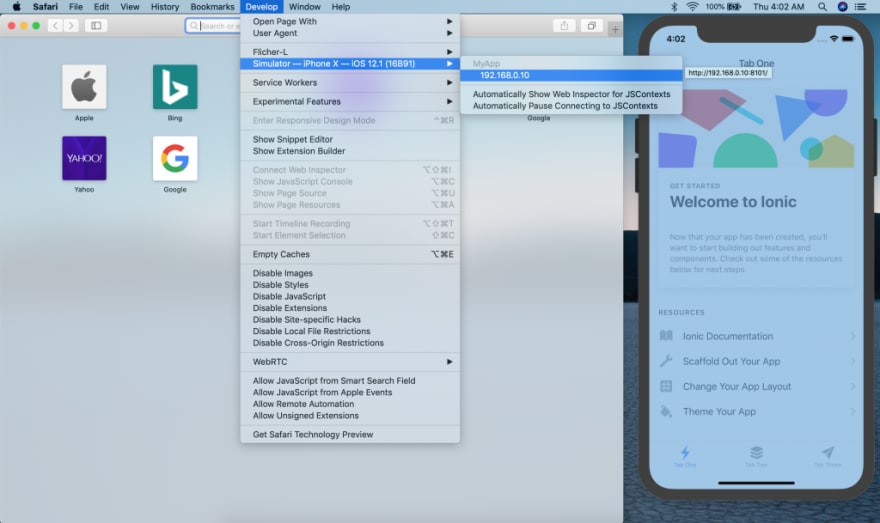 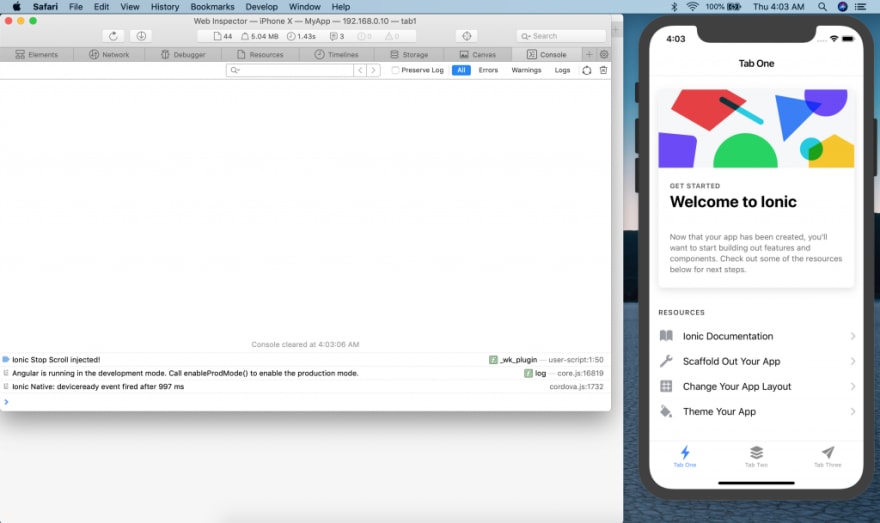 You can refresh the app once by pressing Command (⌘)-R on Web Inspector to see console logs. As Live reload is enabled, so if you make modification to your project. The Ionic App will reload it self, when you save the file and you will see the change you made in Simulator.

Congratulation, you have successfully created your first Ionic 4 app and ran it on Simulator as well.

Go to Ionic Documentation and add new features to your app.

Varun Verma
I am Varun Verma a Developer, Freelancer from Toronto, Canada. I am passionate about everything related to Technology. I follow-up on the most recent changes in Technology and I am very active in the
Laravel Rest API Passport Authentication for Ionic App
#ionic #laravel #authentication #oauth