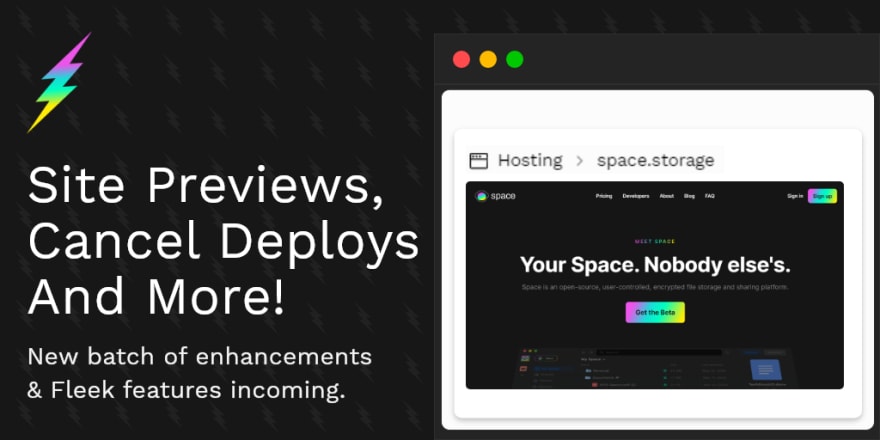 It's fixes and enhancements time ⚡ This week we're bringing another batch of updates that are focused on making your life a little better on Fleek. Most of these are user requests, so keep em' coming our way 🔥

What do we have in store this week? 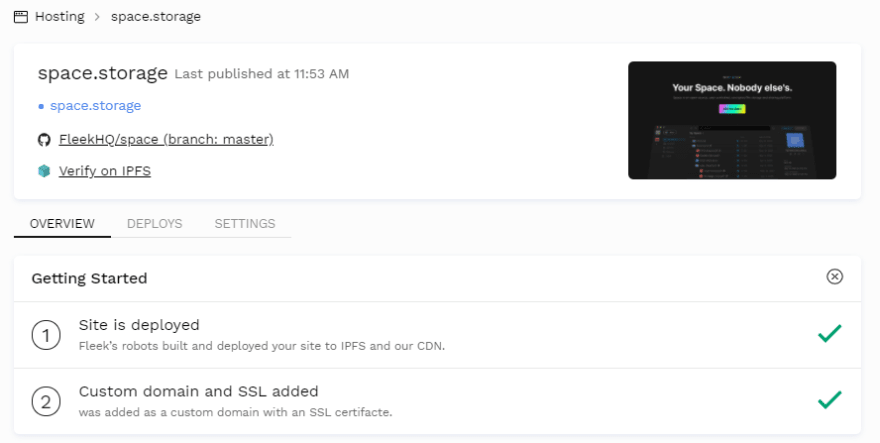 First off, site previews have landed on our Hosting product. You've probably seen that when you navigate your site list and their settings, there is a small image box that was previously empty. Well now, upon each new deployment, Fleek will take a snapshot of your site and display it on that box as a site preview!

This way you can easily differentiate your sites/apps on the Hosting list, and have a clear visual confirmation of how your website looks currently.

Because things can go wrong, and time shouldn't be wasted, we added cancel and retry buttons for your deployments on Fleek. If your deployment is stuck, queued in a series of other unnecessary ones, or simply anything went wrong with it, you can stop or retry it and start over. No more waiting for a timeout.

This was probably our most user-requested feature of all time! Better late than never right?

When you visit the hosting and storage section, the files you store or the sites/apps shown are listed in an infinite scroll table. Recently, some issues appeared in the table's loading animation and resizing. We've fixed those issues and improved the performance of both tables.

That is all for today's release notes! Stay tuned for more updates and improvements coming later on next week. As always, you can hit us up in Twitter or Slack to let us know the features, improvements, or bugs you'd like to see tackled next 😎