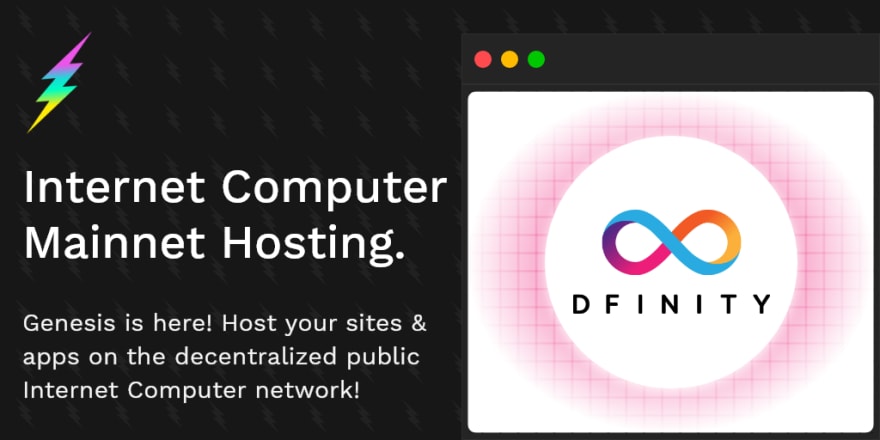 If you missed it (where were you!?), the DFINITY Foundation celebrated the final step towards the release of the Internet Computer’s public Mainnet network at the “Mercury Genesis Launch Event”.

Genesis is here. Which means the Internet Computer (IC) is being unleashed to the public! Hear us out: this is the start of a wild ride for the blockchain community and the future of the Open Web 🔥

Get ready, because not only are we are hooking up our Internet Computer hosting to Mainnet, and a lot of dope tech and deep dives were revealed on DFINITY’s event, but we’ve also got some new IC products cooking up that we will release later this month that are extremely dope. 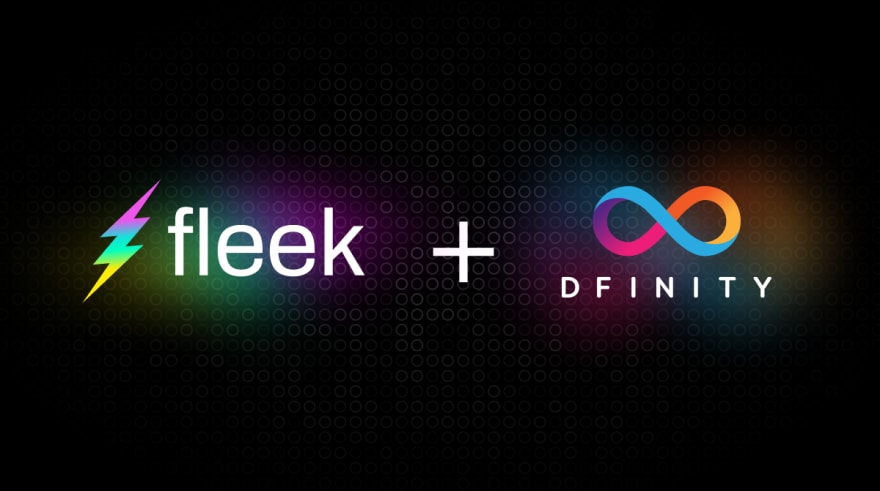 A little over two month ago, we announced that we were going to Dfinity & Beyond! Joining the Internet Computer ecosystem with a bomb triple release (IC Static Site Hosting, Internet Computer Gateway, and Canister Proxying).

We announced this in the “Exploring Entrepreneurship in the Open Internet Boom” event, hosted by the DFINITY foundation (good place to start if you want to catch up with the Internet Computer!).

What does the Internet Computer mean for Fleek? It’s the missing link to materialize the Open Web. A trustless, decentralized, permissionless, and flexible infrastructure, and the next step for blockchain: fully-fledged, scalable, open internet services.

The Web2 is a wild array of corporate owned web services users don’t own or control. Its core infrastructure services like hosting, storage, and well, most web services, are centralized. In turn, everything built on the actual web is affected by centralized points of risks, gatekeepers, and general abuse by controllers.

Thanks to canisters, the Internet Computer’s equivalent to Smart Contracts (evolved to hold both state and program), anything can be built on an open, trustless, and decentralized internet infrastructure, governed by the Nervous Network System autonomous protocol. And when we say anything, we mean anything. Frontends, backends, databases, assets, infrastructure, Dapps, DeFi... All of them, living in an unstoppable infrastructure.

This means we can finally conceive open internet services. Imagine any service you know and use today (like hosting, storage, social media) but built as decentralized and user-controlled protocols anyone can access, governed by an autonomous network and its users, and not controlled or dependable on a few.

Basically, the benefits we’ve seen, for example, in Decentralized Finance (DeFi) & protocols like Uniswap on Ethereum, applied to the entire internet and its services, from back to front, and not limited to application logic only. Trustless logic, powering decentralized applications, surfaced in unstoppable frontends.

As of today, after a brief break in which the experimental Alpha Mainnet was disconnected as the DFINITY Foundation prepared for Genesis, all Internet Computer features in Fleek are back online, and connected to the Internet computer’s Mainnet.

If you haven’t already, you can catch up with our documentation to learn how to. It takes 3 steps to hook up your repository with GitHub, set up your build settings, and get an unstoppable site up and running, which you can connect to a DNS or Handshake (HNS) domain. As easy as it gets.

We don’t want to spoil it yet, but soon. Very soon. Like, a couple weeks max.

We have dropped a couple hints here and there, and Open Internet Services is definitely the main keyword to follow. We did share in past articles about where our goals were initially aimed, building and exploring the Internet Computer, and we can say that yeah, we’re following track, but there’s also a lot more that you still don’t know about.

These are not just things we’re talking about, we’ve been building them quietly behind the scenes for months and they are almost ready for launch!

We literally can’t wait, but we need to get back to work so that we can blow your mind away with it soon. On our roadmap to building the next web’s base layer of Open Internet Services, what’s coming next is a huge step in that direction.

Keep an eye out in the next couple of weeks, and in the meantime, start prepping some projects you want to take to the Internet Computer, because we’re gonna make it real easy for you to build amazing, seamless IC experiences.

How to make truncate text in CSS

Once suspended, fleek will not be able to comment or publish posts until their suspension is removed.

Once unsuspended, fleek will be able to comment and publish posts again.

Once unpublished, all posts by fleek will become hidden and only accessible to themselves.

If fleek is not suspended, they can still re-publish their posts from their dashboard.

Once unpublished, this post will become invisible to the public and only accessible to Fleek.

Thanks for keeping DEV Community safe. Here is what you can do to flag fleek:

Unflagging fleek will restore default visibility to their posts.