For the longest time, it's been on my bucket list to figure out how to implement end-to-end encryption for web apps. So I'm starting with it as my first day of #100DaysOfCode.

I did a quick search and discovered @dmerejkowsky 's post on adding end-to-end encryption to Mastodon. He uses Tanker's API to encrypt Mastodon direct messages. 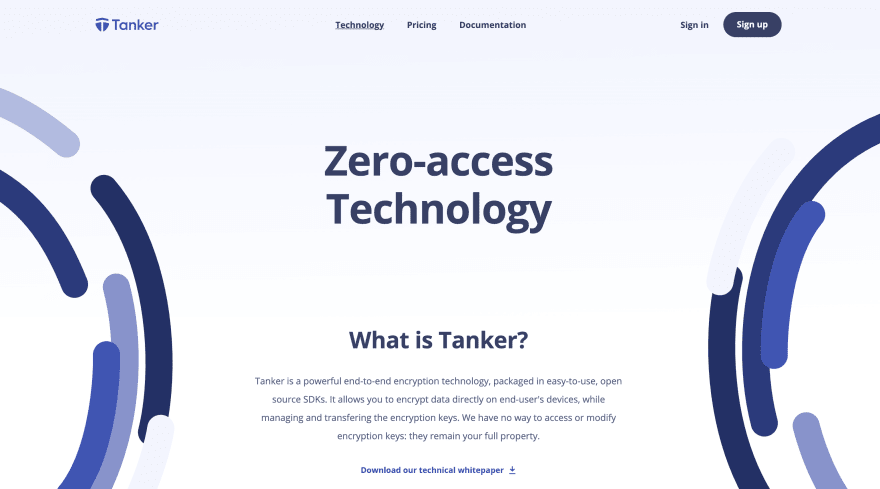 I followed Tanker's Encrypt and decrypt data in a web app tutorial, converting it from React to Vue as I went along.

I remixed https://glitch.com/edit/#!/vuejs-tailwind-starter to create a new Vue.js project with Tailwind CSS.

I added my Tanker app ID to 🔑.env.

In package.json > Add Package, I added:

I then added the imports as per the tutorial:

At this point I ran into the error Module not found: Error: Can't resolve 'fs'. Commenting the second line out gets rid of the error.

I tried installing graceful-fs which didn't help. Uninstalled it. Found a Glitch forum post about fs that said fs is already part of node.js.

In case memory might be the culprit, I upgraded to a paid Glitch subscription and boosted my app. That didn't help.

At this point I'm stuck.

That was a rough Day 1. I was hoping to at least get through the Tanker tutorial. If anyone wants to help debug this, here's the code: https://glitch.com/edit/#!/morning-pages

I'm also open to suggestions of other tools/libraries for web app end-to-end encryption.

Detecting if the user is online with JavaScript

We were once Two Scoops Press, then RoyGreenfeld. We wrote Two Scoops of Django, Django Crash Course, and Cookiecutter.

Once suspended, feldroy will not be able to comment or publish posts until their suspension is removed.

Once unsuspended, feldroy will be able to comment and publish posts again.

Once unpublished, all posts by feldroy will become hidden and only accessible to themselves.

If feldroy is not suspended, they can still re-publish their posts from their dashboard.

Once unpublished, this post will become invisible to the public and only accessible to Audrey Roy Greenfeld.

Thanks for keeping DEV Community 👩‍💻👨‍💻 safe. Here is what you can do to flag feldroy:

Unflagging feldroy will restore default visibility to their posts.