I'm not a Docker master, but I understand that it's very useful and I like to use it from time to time in some projects. Another thing I like is DevOps and automation and in a project I have, I was missing that. In the previous setup, the container was built and publish to DockerHub with the date as a tag. Nice but not very easy to now with versions are "stable" and wish one are "in progress".

This post is about how I build a continuous integration and continuous deployment solution for my docker project. All the code is on GitHub and Docker Hub. I sharing my journey so others can enjoy that automation and not spend a weekend building it. 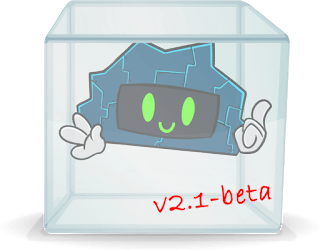 By the end of this build, there will be two GitHub Action to build and publish a different version of the application on Docker Hub.

The release version: every time a release is published on GitHub a container tag with the matching version number will be built and published. (ex: myapp:v1)

The beta version: At every push in my branch on GitHub a container will be published with a specific tag. The tag will be matching the draft release version number with -beta. (ex: myapp:v2-beta).

Every time a release is published on GitHub, the workflow will be triggered. It will first retrieve the "release version" then build and tag the container with it and finally publish (aka push) it to Docker hub. Because a "release" is also a "stable" version it will also update the container tag latest.

Let's look at the full YAML definition of the GitHub Action and I will break it down after.

To limit how many times the workflow is triggered I used on: release and the type: published, adjust as you like.

The next interesting part is the lines in the step vars.

Here I use the environment variable GITHUB_REF (striped of the 10 first characters contains "refs/tags/") to initialize a local variable RELEASE_VERSION. The value is available from the outputs of that step, like on the last line of the YAML.

From the steps identified by the id vars I retrieved from the outputs the value of RELEASE_VERSION.

In this GitHub Action, I used elgohr/Publish-Docker-Github-Action@master because it was simple and was doing what I need. You can execute docker commands directly if you prefer or use the docker/github-actions.

There are many options available from the GitHub marketplace.

Every time a push is done on GitHub, the workflow will be triggered. It will first retrieve the "release version" of the most recent release in draft mode. The workflow will happen -beta to the retrieved version and use this to tag the container. Finally, publish (aka push) it to Docker hub.

Once more, here full YAML, I will break it down after.

Here the difficulty was that I wanted to create a tag from a "future" version. I decided to use the Draft Releases because those are not visible by everyone, therefore they look like the future.

If your last release is version 1 (v1.0), to make this workflow possible you will need to create a new release and save it in Draft. 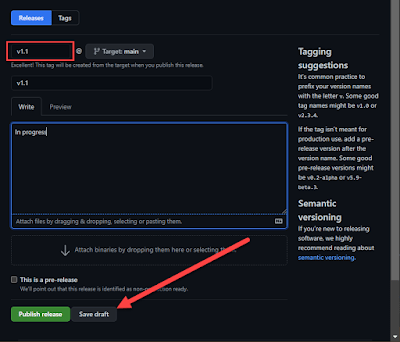 Like in the Release workflow, I need to retrieve the version. Because drafts are only visible to some people we will need to get access. This is easily done by using a github.token. Those are created automatically when the GitHub Action starts.

Then using the step InsonusK/get-latest-release we will retrieve the version.

This time when passing the value for the tag we will concatenate "-beta" to it. 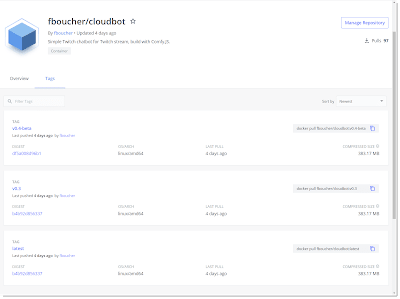 And voila, a very simple and easy to implement ci-cd for a container project. There are many different options, looking forward to learning how you did yours?

From Zero to Hero: Quick Tips to Navigating Open Source Like a Pro