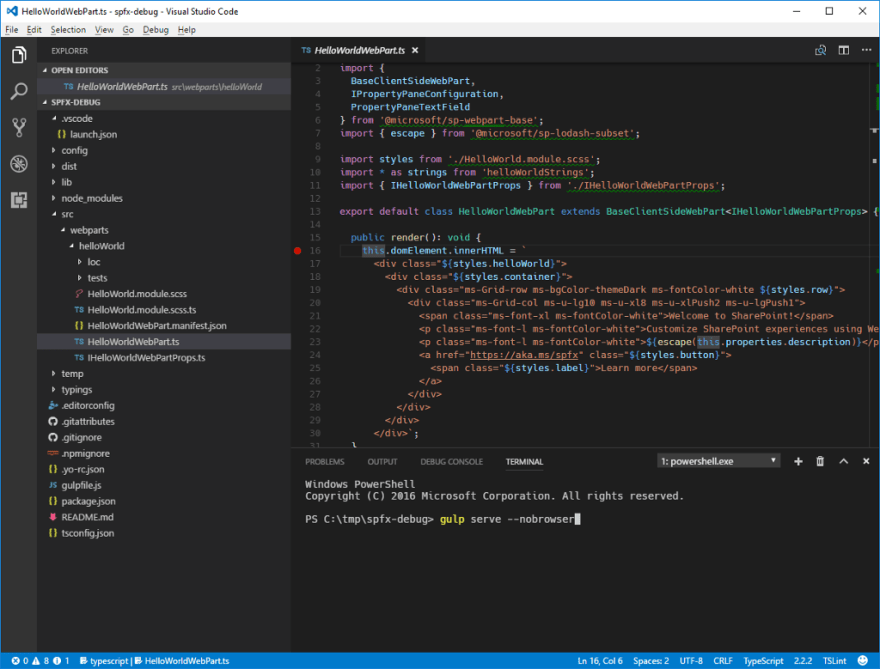 When we work with SPFx (SharePoint Framework) the code editor we are going to use is almost exclusively Visual Studio Code.

For those not familiar, Visual Studio Code is a source code editor developed by Microsoft for Windows, Linux and macOS with an Open Source license and based on Electron. This editor includes support for debugging, a control for integrated Git, Syntax highlighting, IntelliSense, Snippet and code refactoring.

In this post I want to collect the extensions that should never miss Visual Studio Code for development with SPFx.

And here are the ones I recommend:

Other extensions not directly related to SPFx but very useful are:

In summary, the extensions to install that I recommend are:

Using a hook inside .map