Programming is a set of instructions that you give to a computer to perform a specific task.

With functions, you could simplify the instructions you give computers.

Functions make programming more fun because of the benefits they provide.

In this article, you will learn what a function is, the types of functions, and the importance of functions. 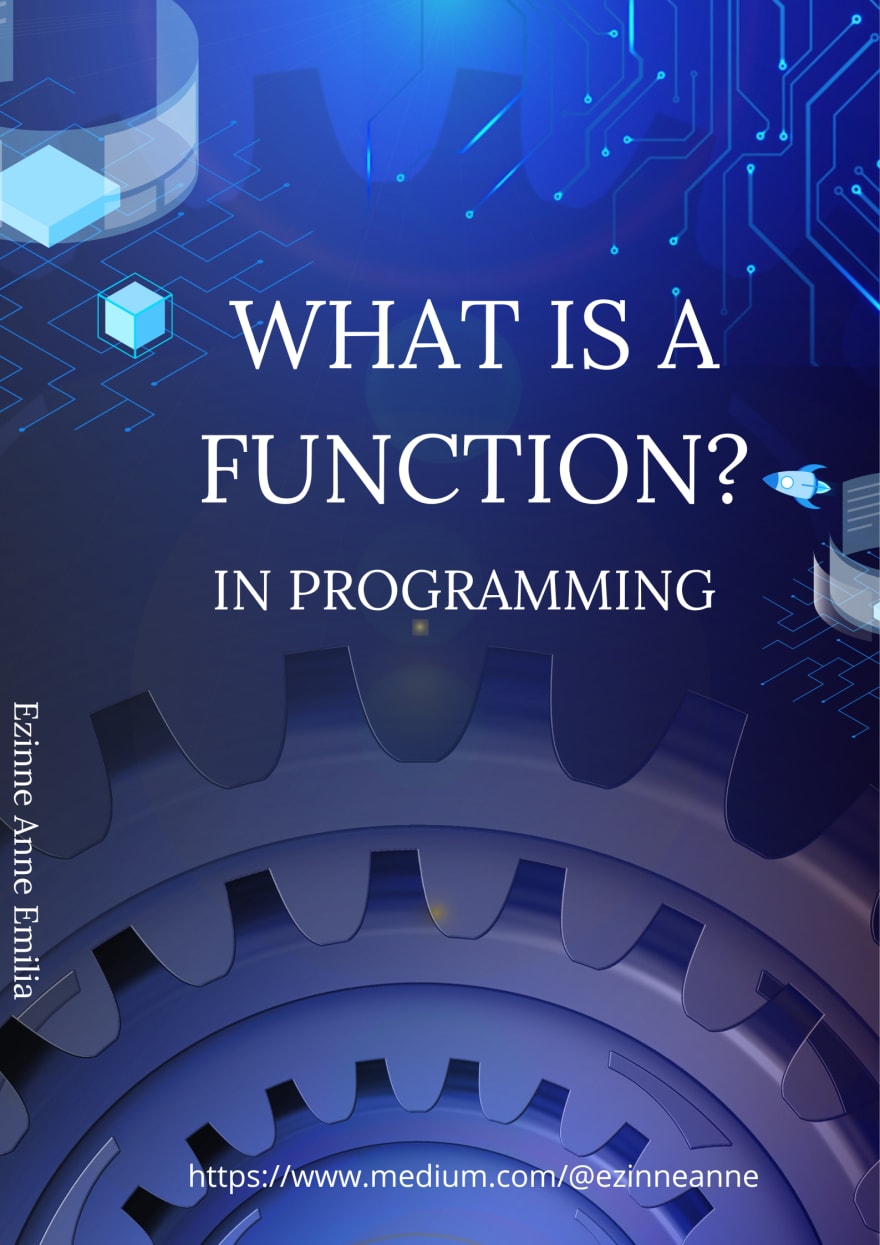 What is a function?

A function is a block of code you can use as much as you want.

If you’re writing a program that sends out “Good morning” messages to over 1000 users. You will need a function for that.

Functions are available in different programming languages, but they may have different names. Names like subroutines, methods, and procedures.

Functions have different semantics in different programming languages. Even in OOP (object-oriented programming), a function may be used as a method.

Types of functions in programming

In programming, there are two types of functions which are;

These are functions that are pre-built into the memory of the programming language. With these kinds of functions, you do not have to worry about bug fixes or their implementation. They are there to simplify the coding experience for you.

In Python, there are built-in functions like print(), type(), and input().

In C, there are built-in functions like printf(), scanf(), and gets().

In Java and JavaScript, there are built-in functions like toLowerCase(), charAt(), concat(), and so on.

Built-in functions vary between different programming languages as they have different semantics.

These are functions you can write on your own. As the name implies, it is the user who gets to define the functions.

Importance of functions in programming

This is most applicable to built-in functions. When you do not have to worry about the implementation, you just have to use it. For instance, programming would be much more complicated if you had to write a print function every time you wanted to run your code.

Functions hide the complexity of code

This is most applicable in built-in functions. When you do not have to worry about the implementation, you just have to use it. For instance, programming would be much more complicated if you had to write a print function every time you wanted to run your code.

Functions reduce bugs, and they make it easier to run tests in your code. When running tests, you run into errors in your function. You could change the function you want without affecting the rest of your code.

When writing functions, you can split your code into different functions. Place them in different modules. In your main module, you can import those functions and apply them. This makes your code simpler to read, understand, and debug.

Functions are one of the core concepts in programming. They hide complexity and give you the power to build great applications. Because of the differences in programming languages. They are generally referred to as “callable units.”

Python is one of the most popular programming languages. If you want to learn how to create functions in Python, check out this tutorial I made about it.

The Unofficial Official Beginner's Guide to starting out in Developer Relations.

Once suspended, ezinne_anne will not be able to comment or publish posts until their suspension is removed.

Once unsuspended, ezinne_anne will be able to comment and publish posts again.

Once unpublished, all posts by ezinne_anne will become hidden and only accessible to themselves.

If ezinne_anne is not suspended, they can still re-publish their posts from their dashboard.

Once unpublished, this post will become invisible to the public and only accessible to Ezinne Anne😎👩🏿‍💻.

Thanks for keeping DEV Community 👩‍💻👨‍💻 safe. Here is what you can do to flag ezinne_anne:

Unflagging ezinne_anne will restore default visibility to their posts.