It was a bad news for the tester community since Selenium IDE no longer works from Firefox 55 onwards. Selenium IDE is one of the most widely used automated testing tools ever, this stop, therefore, raises a high demand in looking for other Selenium IDE alternatives.

Below are some potential successors of Selenium IDE. But first, let’s go back to the old days of this excellent solution. 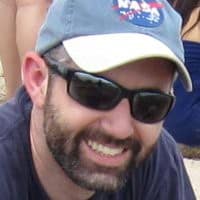 Selenium was originally developed by Jason Huggins in 2004 as an internal tool at ThoughtWorks. Huggins was later joined by other programmers and testers at ThoughtWorks, before Paul Hammant joined the team and steered the development of the second mode of operation that would later become “Selenium Remote Control” (RC). The tool was open sourced that year.

In 2005 Dan Fabulich and Nelson Sproul (with help from Pat Lightbody) made an offer to accept a series of patches that would transform Selenium-RC into what it became best known for. In the same meeting, the steering of Selenium as a project would continue as a committee, with Huggins and Hammant being the ThoughtWorks representatives.

In 2006, Selenium IDE was donated to Selenium Project by Shinya Kasatani of Japan. He created Selenium as a Firefox extension that can automate the browser through a record-and-playback feature. He came up with this idea to further increase the speed in creating test cases.

In 2007, Huggins joined Google. Together with others like Jennifer Bevan, he continued with the development and stabilization of Selenium RC. At the same time, Simon Stewart at ThoughtWorks developed a superior browser automation tool called WebDriver. In 2009, after a meeting between the developers at the Google Test Automation Conference, it was decided to merge the two projects and call the new project Selenium WebDriver, or Selenium 2.0. 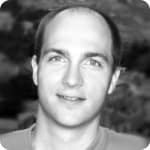 In 2008, Philippe Hanrigou (then at ThoughtWorks) made “Selenium Grid”, which provides a hub allowing the running of multiple Selenium tests concurrently on any number of local or remote systems, thus minimizing test execution time. Grid offered, as open source, a similar capability to the internal/private Google cloud for Selenium RC. Pat Lightbody had already made a private cloud for “HostedQA” which he went on to sell to Gomez, Inc.

Selenium IDE is a portable software-testing tool for web applications. It is open-source Firefox add-on, web developers and testers can download and use it without charge.

Originally, Selenium IDE was supposed to be a rapid prototyping tool, which did not provide iteration or conditional statements for test scripts. But it can offer different extension points for users to enhance, via its own plugin system. Thanks to various plugins were introduced over the time, Selenium IDE now becomes a comprehensive functional automated testing tool.

Not only supporting record & playback function, Selenium IDE also offers other features: scripting, debugging, reporting, etc. With the full set of most common functions, Selenium IDE is a complete tool for testers to save their time working on the testing project.

It is stated by the Selenium team that the Selenium developers encourage best practices in test automation that requires a certain amount of programming, with one of supported programming languages. However, this contains the drawback: most testing frameworks built on top of Selenium are quite developer-centric. Therefore, they need extra efforts to install and configure programming language runtime and components before testers can work on the project.

Because of that critical entry barrier and excessive learning curve, many companies prefer commercial solutions with comprehensive features for automation testing (like UFT or TestComplete), even these options are costly and the underlying engine may not be as good as Selenium WebDriver.

Meanwhile, Selenium IDE is still the perfect choice for those who stick to Selenium. In addition, for modest teams of test engineers with a small number of automated test cases, Selenium IDE can also be utilized as an apart tool, which completely powers their automation projects.

While being stable, Selenium IDE was built on Firefox’s add-on platform, which was fine at that time, but not anymore since Firefox has lost if dominant position. The Chrome’s add-on platform was totally incompatible with the Firefox’s, and without any resource, there has not been a single attempt to port Selenium IDE to other web browsers.

When Mozilla decided to shut down the old add-on platform at the end of this year, it was well accepted that Selenium IDE will no longer be around in the near future. And that test engineers have to look for something else.

Thanks to the great experience from Selenium IDE, Selenium no longer limits itself in the community of developers, who are not in charge of testing. Instead, it becomes a magical solution for software testers.

– The complex installation, the lack of standalone test recorder tool, and a keyword-driven language with a low level of descriptiveness.

– Simple installation and updating. Within 1-2 command, both testing framework and Selenium WebDriver will be installed nicely.

– The use of JavaScript, one of the easiest-to-use programming languages to learn, especially for those to have limited programming background.

– Protractor is too flexible but also unprepared. It requires experienced developers to get involved before the team can start on it: set up the project and the proper reporting plugin, and write Page Object scaffold.

– The Protractor team may mess with sync/async stuffs.

– Installation experience: users just need to unzip the package and they are ready to start. No programming language runtime. No extra components or plugins required.

– The scripting interface allows users to switch between a keyword-base table and a code editor. This is extremely useful for those who want to learn to write Selenium test case on their own.

– Unlike Selenium IDE, the recording capability of Katalon Studio is powerful on major web browsers: Chrome, Firefox, and IE.

– Katalon Studio can be considered a viable Selenium IDE alternatives since it provides other convenient functions (reporting and integration) which are competitive to paid solutions (UFT, TestComplete).

– While web and mobile testing are very comprehensive, some users may want to see more build-out in API testing module.

Katalon Automation Recorder extension for Chrome and Firefox has been introduced by Katalon Studio team. This Extension was the champion project of Katalon Studio Hackathons contest. Katalon Automation Recorder was developed to support users who no longer be able to record and playback automation tests using the obsolete Selenium IDE or users of popular open source frameworks looking for a handy recorder. The extension is compatible with Chrome and latest Firefox browsers and we will continue the development to support the newer versions.

You can use the extension to capture web elements and records actions on web applications to generate test case easily. The intuitive interface allows users to edit, debug and play test cases & test suites quickly.

Selenium and Selenium IDE have been great pieces of technology that critically changed the automation testing history. Although Selenium IDE is no longer active, I believe great developers will keep working on good Selenium IDE alternatives and make software testing much better every day.