Hi, Thanks for reading article.
you are maybe one of the hundreds of people that have problem or tired of works with directories in terminal with old copy paste method

Conolist is an open-source CLI app written in python that can help you surf the paths very easily, Yeah it just Cool!
you cant believe? here is the example video 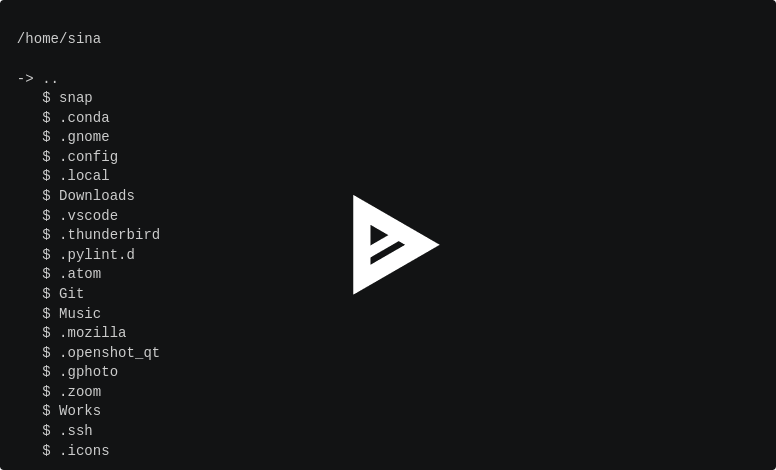 if you are a unix based system user you wont have problem with installing conolist because conolist is written in python and need python installed on your system.

open the terminal and write down the below text

note that python 3 is required.
then from anywhere in your terminal just run conolist
to open up it

dear windows users you maybe don't need conolist : D
no i just kidding : )
just install python 3 and do the same way like mac and linux

Thanks for reading this article

The flying start of your blog with Pelican and Github Pages

Python: Flask, dictionaries as JSON objects ready to be used by JavaScript.

Using Django's hitcount for unregistered users in your application

Once suspended, error will not be able to comment or publish posts until their suspension is removed.

Once unsuspended, error will be able to comment and publish posts again.

Once unpublished, all posts by error will become hidden and only accessible to themselves.

If error is not suspended, they can still re-publish their posts from their dashboard.

Once unpublished, this post will become invisible to the public and only accessible to Sina Farhadi.

Thanks for keeping DEV Community 👩‍💻👨‍💻 safe. Here is what you can do to flag error:

Unflagging error will restore default visibility to their posts.