I had always thought that I would have a hard time finding a job as a programmer. When starting out, I was easily stifled by various problems. Thoughts that this was not the right thing for me were frequent. I kept going though, as I did not have a better alternative.

Graduating from high school, I decided to ditch university in favor of coding bootcamps. This was just at a time when they were gaining popularity here in Bulgaria and they gave me hope I would be able to land a job quicker than going through the 4 years of university.
I had a couple of key reasons for not enrolling in an university

So I ventured out into the world of coding bootcamps, at first online, learning the very basics of programming. For this, I want to give a shout out to Software University (www.softuni.bg). Their introductory courses proved invaluable for a beginner like me. Two hours for a lecture on Arrays, live coding and numerous challenges on the material might seem like overkill now, but they proved to be immensely useful at the time. SoftUni has world-class introductory programming lessons and it’s a real shame that there are no english lectures, as the world would greatly benefit from them. Take it from somebody who tried to learn programming through other courses/tutorials, I have not been able to find an equally good beginner programming course online. Out of the others that I have seen, most go through the material too quickly and do not give the needed problems for the student to solve in order to fully grasp the material. Some do not even have homework!

Regardless, a couple of introductory courses are simply not enough. I quickly realized that one bootcamp was not going to cut it and at first decided that building up a portfolio to go alongside those certifications was the thing to do.
I started simple, building a RPG console game in Python. Of course, this was a dead-simple application but I did grow it to around 5k lines of code, which, at the time, were a lot for me.
This still was not enough and I ventured out to other courses (some online, some in-person). My workload grew and I found myself consistently spending 10+ hours to stay on top of everything. It felt good though, as I could actually see the progress.

We were now close to the new year and I had a team project to do on a course. Working with a team was not easy, it was especially hard to divide the work. Knowing me, I did most of it just because I wanted to(you learn by doing, after all) and nobody else had anything against that. This is where we created a really silly Facebook clone for pets (https://github.com/codeBusters-softuni/petbook) 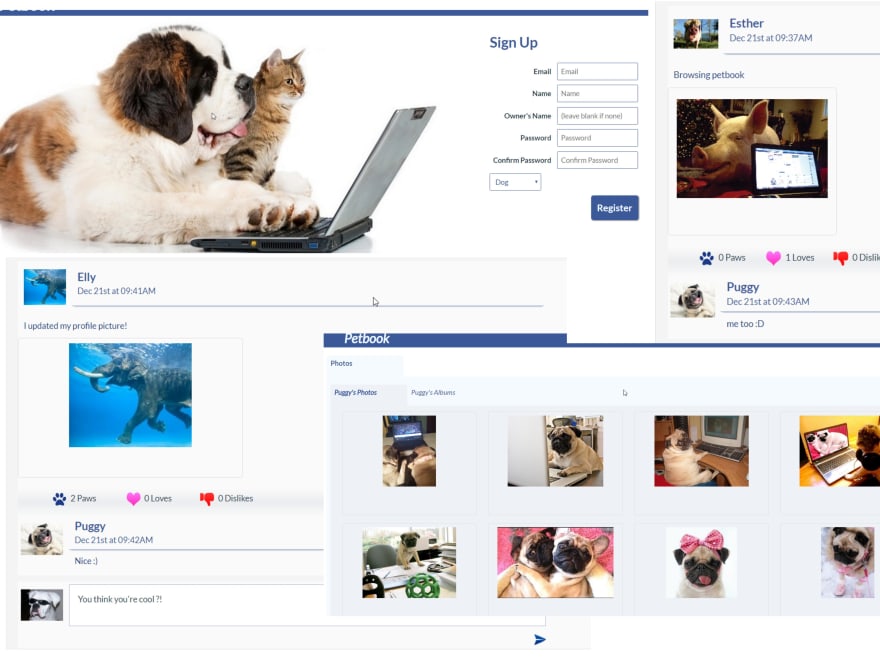 At this point, I felt reasonably confident in my skills and thought that landing an internship sometime in the new year was the next best step. It was time to surround myself with professionals if I wanted to continue growing.No offense, but most people in coding bootcamps are not that good. You can't blame the bootcamp though, it's just that this format attracts people who want the 'easy' way to get into an industry with high salaries, but I digress.
I decided that in order to get in a good company, I'd need to know a fair amount of Data Structures and Algorithms. No problem, there were plenty of resources on the topic.
Well, this material turned out to be the toughest yet. Suddenly, I was back to the feeling that maybe I’m not cut out for this. This all culminated when it took me two-three days to implement a Red-Black tree (the classical kind, none of these left-leaning garbage variants). This was around Christmas too and as such I feel that an obligatory xkcd is in place here: 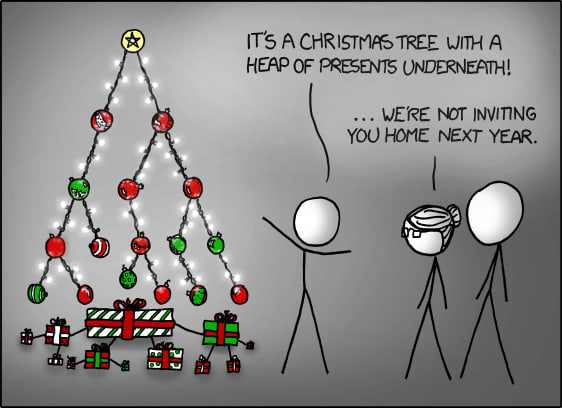 On the upside, finally grasping a structure/algorithm was rewarding enough to keep me going.

Very quickly, me and a friend got addicted to the direct problem solving aspect of algorithms and started competing in online programming competitions. Obviously, we did not score that well, but it was fun and it incentivized further learning. I felt I made significant progress in my algorithmic thinking here and I encourage everybody to give competitive programming a go.
For the following months (December-March) I spent a fair amount of time solving problems, writing out data structures and learning algorithms.
In retrospect, I'm very glad I spent some time on those topics as they built resiliency, logical thinking and confidence in my skills. I actually continue to take online courses on algorithms (I recommend this one) and I will get back into competitive programming some day. 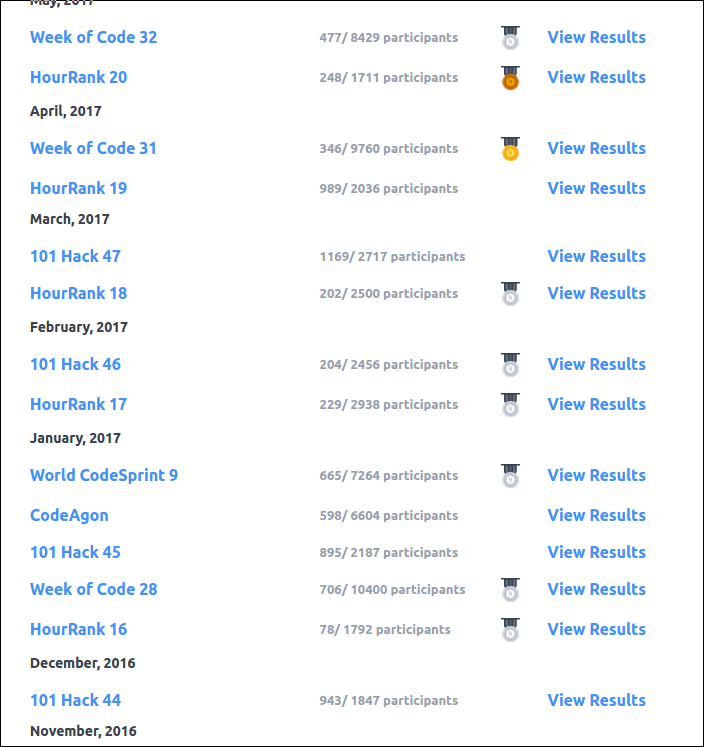 Inspired by the platform for algorithmic problems and competitions Hackerrank, I wanted to make something like that but with features I felt were missing. In February I started my third project - Deadline. This was initially planned as a hackathon project and while it won us tickets to the 2017 WebIt festival both me and my partner knew we would continue to develop this (and we still do actually, track its progress here: deadline)

We were now around April and it was time to find a job. I felt confident I could land any internship, as I thought the main thing companies look for in an intern is their motivation and potential. I had plenty of motivation and around 8 months of non-stop Github activity to prove it.
From December I had wanted to take a shot at Uber even though it seemed infeasible (a year of bootcamps/courses and getting to work at a top technological company where some of the world’s most elite engineers are? yeah, right).
Well, against all odds, I did get an invite to an interview. I was ecstatic and had fun throughout the whole process. After it, I thought I had a fair chance of getting in, as I did my best to show my motivation, personality and ambitions. The technical questions were not hard at all and I felt I did well on them.
I did not get chosen. Not a big surprise, albeit disappointing nonetheless, I'm glad I strived for it, as it helped me become a better engineer.

As the things with Uber were over, it was now time to continue my search. I wanted to get in a company where the problems were interesting and I would find maximum growth as an engineer. My next choice was VMware, but their recruiting process was insanely slow and I decided I had enough of waiting. I started to apply to other companies and landed a position as a Junior Ruby Developer at SumUp. I had no previous experience with Ruby, but I made sure to quickly learn the basics and at this point I feel more than comfortable writing it.

Here we develop our own product and that is something I value in a company, I did not want to work in an outsourcing company.
I love my current job, the colleagues are great and even though I did not get to work at the place I initially wanted, I'm glad things turned out this way.
I look forward to a long career with them, trying to make the biggest impact I can. They trusted me and I will make sure to pay that off.

In the end, I feel I am better off this way due to my decision to skip university for the time being. I can now afford to enroll in uni due to desire and curiosity in the field, not out of seeming necessity. And if I do enroll, which I very well might, I will have a clearer vision on the material taught there and I will appreciate it more, as I would be able to more easily see its applications.

As a moral of the story, I want to emphasize that you do not have to follow the beaten path to become successful in any endeavor and sometimes that can even be the better choice.
Know that everything is possible with sufficient determination and work.