I was watching Cassidy Williams' Twitch stream recently, where she was talking about FAANG companies:

These clips inspired me to make this meme, which as of writing this post, is still getting lots of engagement across the Twittersphere: 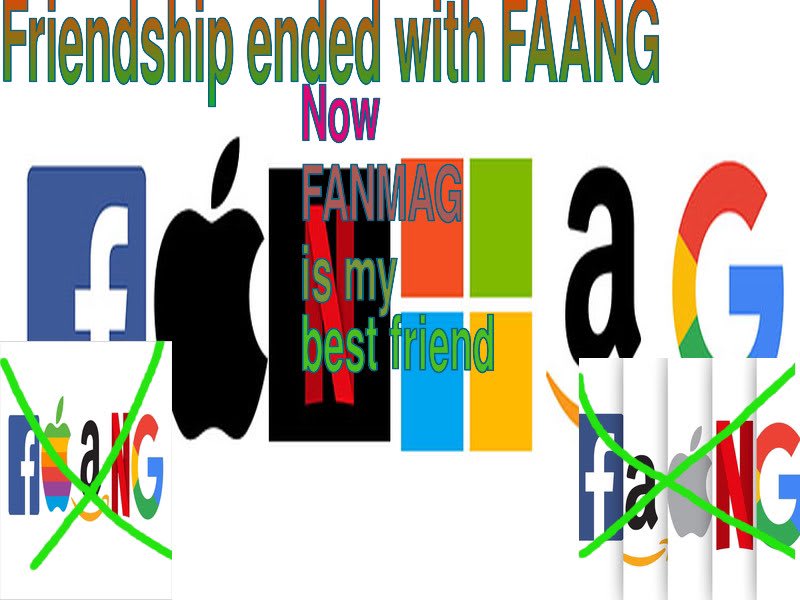 It's a FANMAG world now.

As I started to see engagement roll in, as well as sharing it across some meme channels, discussions began to breakout about FAANG, the origins of FAANG, and some people not even knowing what FAANG is.

I also became curious: Why is Microsoft not included in this ubiquitous slang?

Before giving a full definition of FAANG, a detour.

Here's the google results when I search "FAANG": 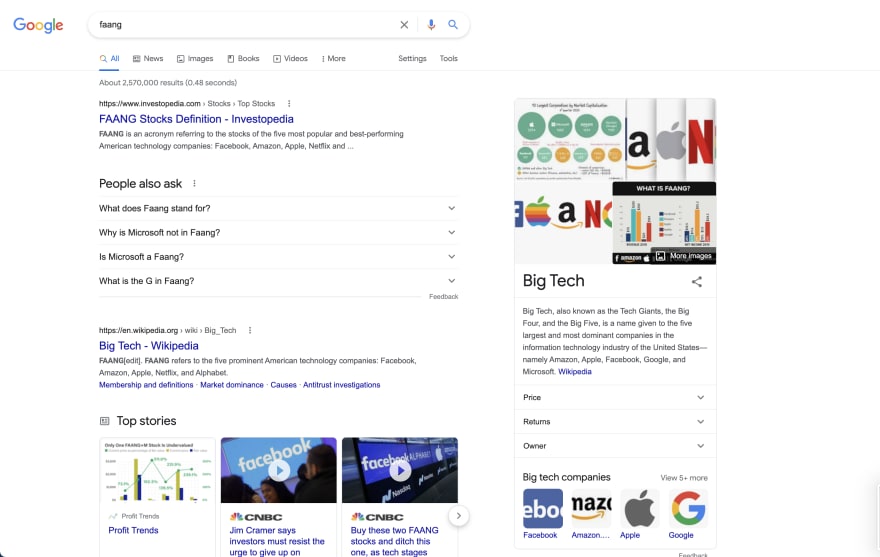 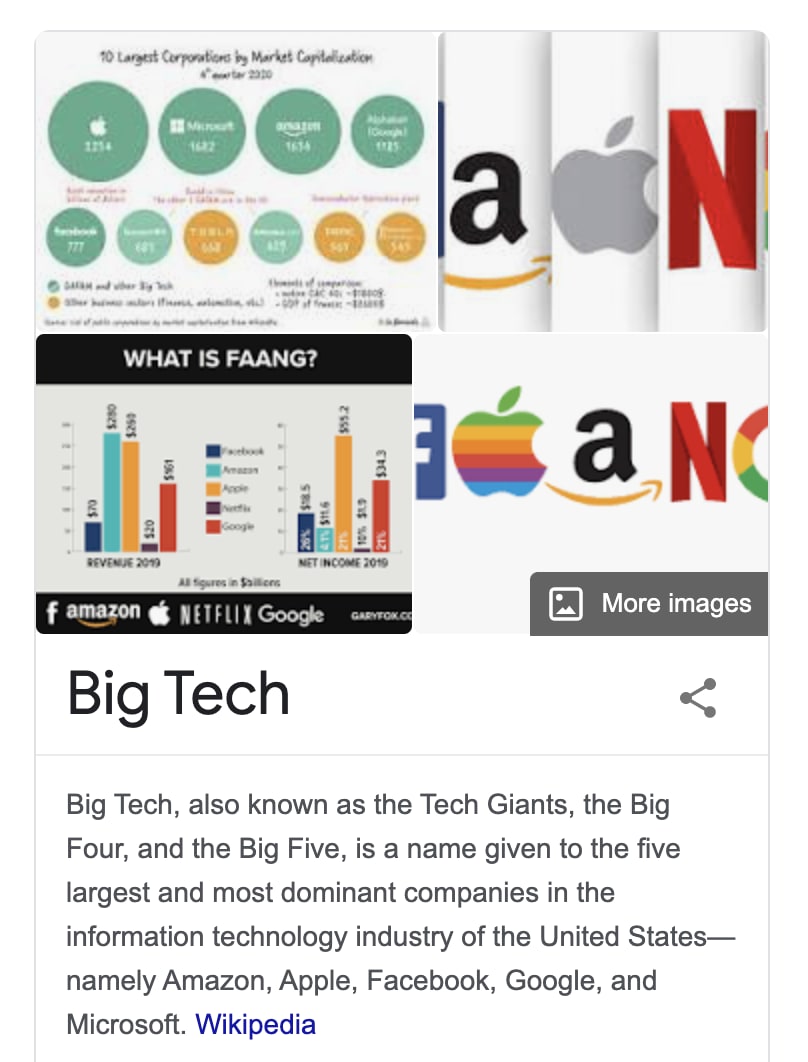 (Did you know this is called a Google Knowledge Panel?)

FAANG is an acronym standing for Facebook, Amazon, Apple, Netflix, and Google (Amazon and Apple are interchangeable in order).

So that picture above, says Microsoft and not Netflix....

According to Investopedia, the concept of FAANG can be attributed to Jim Cramer of CNBC's Mad Money show:

The term was coined by Jim Cramer, the television host of CNBC's Mad Money, in 2013, who praised these companies for being “totally dominant in their markets”. 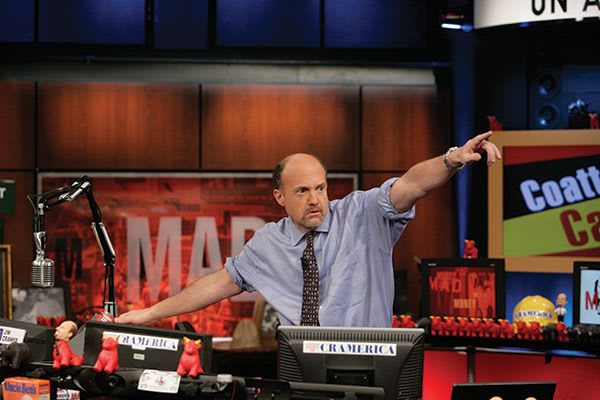 If you want to read more about Cramer's prediction of FANG stocks in 2013, I found an article expanding more about his / his team's thought process.

The term has been coopted by the tech community to describe its illustrious companies - the largest, most renowned companies that represent the industry across the globe in every trade.

Why isn't Microsoft part of FAANG?

Big Tech... is BIG. If you ask someone in the Bay Area what are the big tech companies they'll probably say "Google, Amazon, Apple, Microsoft, and Facebook".... Yet, the term FAANG is still used to quickly refer to the biggest tech companies in the world.

Asking the original question: Why wasn't Microsoft originally included in the acronym?

Mad Money is a talk show on CNBC dedicated to help to give stock advice to the average person - someone who doesn't have the wealth to invest in hedge funds, access to financial advisors, etc. As a show, Mad Money aims to democratize stock investing. In such context, Cramer brought up the concept of FANG as a series of stocks to explore if you're interested in investing in the technology sector.

At the time of the recommendation, Microsoft was still under the leadership of the infamous Steve Ballmer - the successor to Bill Gates, and early employee of the Microsoft. Microsoft did a great job growing with Ballmer as chief dog at Microsoft, but they definitely missed trends with outstanding strike outs.

Things weren't looking good at Microsoft, from a trend perspective, and stock experts at Mad Money probably were not keen on its continued success and excluded it. 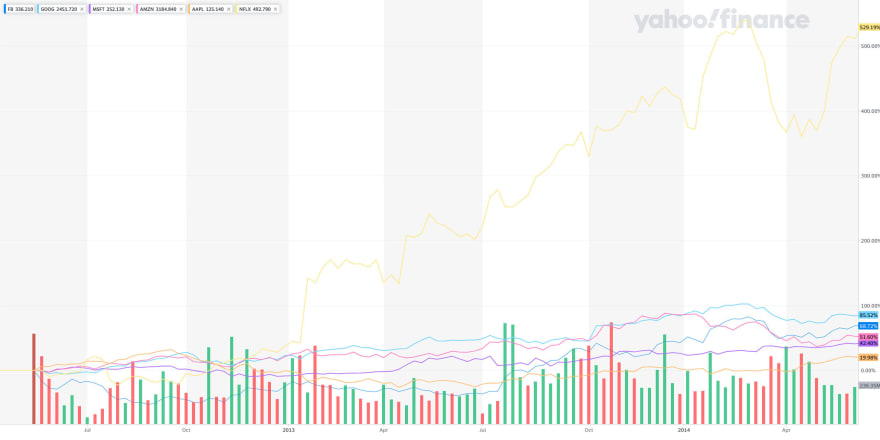 If we look back to Investopedia we learn something important

Originally, the term FANG was used, with Apple—the second “A” in the acronym—added in 2017.

So why can't we make a term that better portrays a more accurate collective opinion of the tech industry?

At this point, using FAANG to describe just the official names of the abbreviated companies isn't even right - in 2015 the larger Google company renamed itself to Alphabet.

FAANG is a stock term - it's not reflective of the reputation, size, etc. of the modern tech industry. That's why we should use a term like FANMAG . 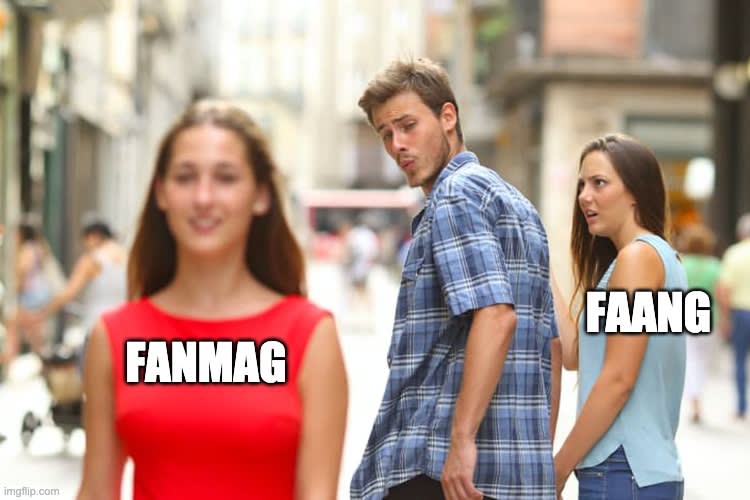 Also, in case you were curious about the FAANG stock concept now, Cramer has come out in support of changing the abbreviation - remove Netflix, add Microsoft.

What do you think of FANMAG? Will you use the FANMAG acronym?

I'll say it - reputation wise, Netflix flys quite under the radar in the tech industry compared to the other companies of the FANMAG abbreviation. So, why should it be included?

What Netflix lacks in company clout, it makes up for in global usage. In 2018, Sandvine estimated that Netflix accounts for 15% of global internet bandwidth and the top application of global internet traffic. Its prevalence in the modern consumer society is undeniable, and a valid argument for defending its continued existence in the FANMAG abbreviation.

PPS - I stream on Twitch. Come be my friend ♡

Trying to balance Real Life With A Hobby

Oh no! All languages are being erased - you can only save one - what is it?

Once suspended, endingwithali will not be able to comment or publish posts until their suspension is removed.

Once unsuspended, endingwithali will be able to comment and publish posts again.

Once unpublished, all posts by endingwithali will become hidden and only accessible to themselves.

If endingwithali is not suspended, they can still re-publish their posts from their dashboard.

Once unpublished, this post will become invisible to the public and only accessible to Ali.

Thanks for keeping DEV Community safe. Here is what you can do to flag endingwithali:

Unflagging endingwithali will restore default visibility to their posts.