In this post, you’ll learn how to integrate Stripe Payment Gateway in React Native apps. We’ll implement this functionality using a Firebase cloud function, acting as our server side logic.

Stripe is one of the most widely used and fastest growing payment gateway you can integrate in your website or app. It supports a wide variety of payment options, including Apple Pay and Google Pay, and is quickly spreading across the globe. Stripe can take care of almost all your payment requirements in apps and website. Stripe’s ease of integration has made it a popular developer choice over PayPal and other payment gateways. A good comparison between Stripe and PayPal can be studied here (spoiler — Stripe wins)

TLDR; — React Native (RN) creates cross-platform apps, more “native” than web-view apps made by Cordova / Ionic. But React Native is yet to release a stable (1.0.0_) version of the framework.

React Native is a JavaScript framework for writing natively rendering mobile applications. It’ is based on React, Facebook’s JavaScript library for building user interfaces, but instead of targeting the browser, it targets mobile platforms. Because most of the code you write can be shared between platforms, React Native makes it easy to simultaneously develop for both Android and iOS.

React Native applications render using real mobile UI components, not web-views, and will look and feel like any other native mobile application. React Native also exposes JavaScript interfaces for platform APIs, so your React Native apps can access platform features like the phone camera, or the user’s location. Facebook, Palantir, TaskRabbit etc are already using it in production for user-facing applications.

There are pros and cons to each path, mainly revolving around the fact that the React Native library from Tipsi has not been “publicly” approved by Stripe. If you want maximum compliance in production environment, go for Stripe’s fully vetted SDKs. In the rest of this tutorial I will use the tipsi-stripe library, as it works perfectly and is very easy to implement.

How does Stripe work ?

To simplify the understanding, let us understand the complete flow pictorially

Visit Stripe.com and create an account. Stripe payment services are currently available in limited countries as shown on this page.

Once you are inside Stripe Dashboard, look for the Developer Tab -> API keys. Make sure you do all development tasks with Test Data

Publishable key is what you use for connecting the Strive Native SDK or tipsi-stripe in front-end — to generate token. Secret key is used in the back-end, where your server connects with Stripe’s server for actual payment.

That’s all you need from Stripe account, for now. You can toggle to Live keys and use them instead once you have tested the process.

Let’s look into the React Native integration of Stripe now.

At the time of this post, I have React-Native version 0.60

This will create a basic React-native app which you can run in a device or simulator. Let’s run the app in iOS using

You’ll see the default start screen on device / simulator. For sample purpose, I will be using the UI provided by tipsi-stripe library. It has options for all kinds of payments — including Apple Pay, Google Pay etc. I’ll be using the default card payment form for this post’s purpose 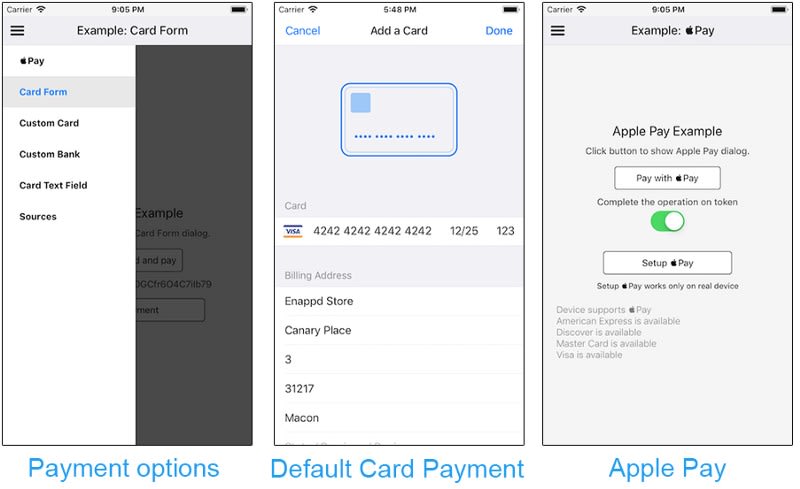 There are three major files used for this example

You can find these files in the Github repo attached to this post.

To include Stripe functionality in your React Native app, you need to install tipsi-stripe package. Install the package with following commands

To integrate appropriate pods for iOS app, setup your Podfile like the following then run pod install. My Podfile looks like this

Run react-native link tipsi-stripe to link the package against your Xcode project and so that all CocoaPods dependencies are installed.

To generate token, import the library in your page using

And initialize it with your Stripe credentials that you can get from dashboard.

We will use the paymentRequestWithCardForm method of the library to get the Token (Check CardFormScreen.js file for full details)

The method will open the “Default card details form” for Stripe. Enter your card details here (or use a sample cards from Stripe), and enter your address and submit.

Once you submit the details, you will receive a token from Stripe. I have the token displayed in the UI like this, for confirmation 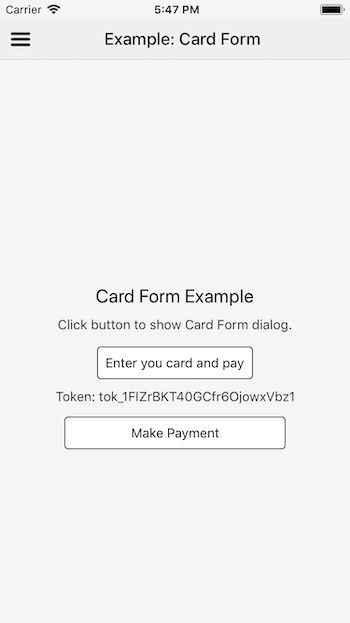 To complete the payment via server, let us create a firebase cloud function. Firebase is a BaaS platform, which provides you ready-made back-end, database and a ton of other services — all free of cost and ready to integrate in an app.

To interact with Firebase functions in development, you need Firebase-tools in your system. Install firebase tools with

Connect Firebase to your Firebase project

You can create a Firebase Project in Firebase console webpage, and invoke it in development environment (your system)

Once you have your project ready, connect it to your dev environment using

then choosing the project, and choosing functions option from the choices.

With Firebase Functions, you can essentially right back-end (node.js) functions in same environment, test locally with firebase serve and can then deploy these to your Firebase project, so it can be connected to your app / website.

Once you have Firebase project connected, you will see a functions folder in your project root, as shown below

After this, you can create your back-end function in functions/index.js file. This function will accept a request object from your app / website, send the payment request to Stripe server, and return the response to your app / website again.

Remember to replace YOUR_SECRET_KEY with your own.

Notice that the payment request from your app should contain

This data should be sent in an object in POST API request, shown in next step.

To test whether your Firebase function is correctly written, run the function locally by running command

This will start your firebase local server, and the url will be displayed in the terminal , something like

(where shoppr-c97a7 is my Firebase project ID)

Now, you can make an API call to this URL using your React Native app. We’ll use the simple fetch API for this, and show “Payment Success” in the app UI itself — in next step

Once your local testing is successful, deploy the firebase functions to live server using

This will deploy the functions on your live Firebase server, which you can make API calls to. The url of the function will again be shown in the terminal after deployment, something like

In the same CardFormScreen.js file, we’ll make a HTTP call to Firebase function to complete the payment using the generated token. HTTP call can be simply made using fetch like this

A successful response from the server will look like following. It’s a long response, but you get the idea that everything you need is in there, right ?

Overall, the process looks like following on my iOS simulator

In this blog we learnt how to implement Stripe Payment in a React Native app. I know it is a long post with a lot to understand. Let me repeat the gist of the post —

Complete source code of this tutorial is available in the RNStripe Github repository.

Now that you have learnt about setting up Apple Pay in React Native apps, here are some other topics you can look into 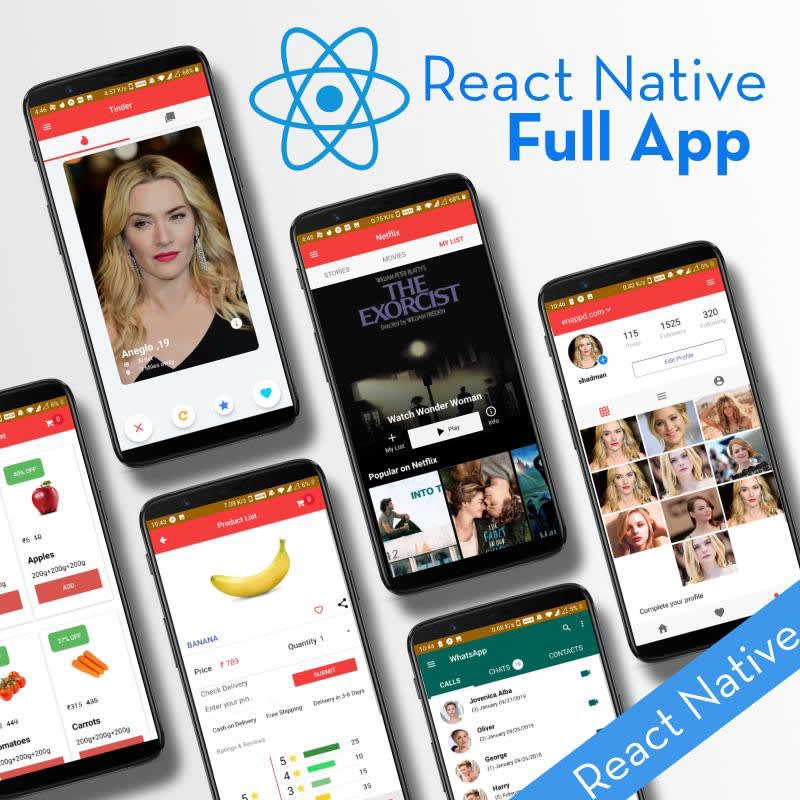