You can also check out my Ionic 4 React Full App. It is loaded with a good number of options, layouts, and functionalities. This is a complete starter app to get started with Ionic 4 and React JS with capacitor.

Ionic has been gaining popularity in the last few years, and rightfully so. Making apps in Ionic is a breeze compared to Native languages (Java / Swift). Ionic framework’s domain encompasses a huge variety of mobile app features which can create almost 90% of the apps today.

React JS has come at a good time helping the developers to build highly engaging web apps and user interfaces quickly and efficiently. It allows you to break down the components and create a single page application with less coding. It is mostly popular for its shadow DOM, which it uses for limited scope DOM manipulation, which makes React apps faster. It is due to these major advantages that React JS has gained much spotlight.

For many years Ionic has stuck with Angular framework. But with Ionic 4, it has broken free of the framework restriction. Now Ionic 4 supports Angular, React and Vue JS frameworks.

In February 2018 the Ionic team announced Capacitor. Capacitor allows you to make your frontend builds run everywhere, for example, iOS, Android, Electron and in the browser as a progressive web application (PWA) using any underlying framework.

Ionic Capacitor is an open source framework innovation to help you build Progressive Native Web, Mobile and Desktop apps. Alternatively, Apache Cordova (also known as PhoneGap) does the same for accessing native features of the device from the mobile WebView.

are Node v8.6.0 or later, and NPM version 5.6.0 or later (which is usually automatically installed with the required version of Node).

Capacitor relies on using the npx command, which is only available in version 8.3.0 or higher of Node. You likely already have Node installed, so the easiest way to switch between Node versions is to install n:

For building iOS apps, Capacitor requires a Mac with Xcode 10 or above. Soon, you’ll be able to use Ionic Appflow to build for iOS even if you’re on Windows.

Once you have CocoaPods installed, update your local repo by running pod repo update. You should run this command periodically to ensure you have the latest versions of CocoaPods dependencies.

First, the Java 8 JDK must be installed and set to the default if you have other versions of the JDK installed. Java 9 does not work at the moment.

Android development requires the Android SDK installed with Android Studio. Technically, Android Studio isn’t required as you can build and run apps using only the Android CLI tools, but it will make building and running your app much easier so I strongly recommend using it.

Android version support for Capacitor is more complex than iOS. Currently, it is targeting API level 21 or greater, meaning Android 5.0 (Lollipop) or above.
As of January 2018, 5.0 or greater represented over 75% of the Android market, and this percentage is growing quickly. By the time Capacitor is production ready, this percentage should be much higher.

Simple Recipe For build App with IONIC and React 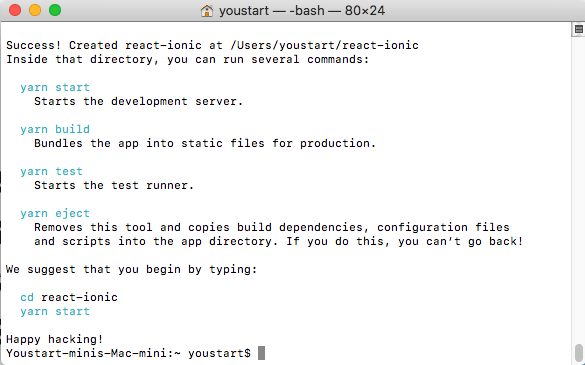 2. Open the Project in code editor of your choice

3. Run the project in browser

This command will search start script in your package.json file and run the command you mentioned in your start script . E.g.

4. Installing Ionic in our React app

In this step, we will start coding and after this blog we will able to make Ionic — react app with basic React Library ( React Router )

At this stage, we can use Ionic like any other dependency in our project. Each component has been individually exported and can be imported as such.

2. Then, inside of App.tsx, we can import the Ionic components and use them as we wish!

3. Now time for importing Route in app ! So inside our App.tsx, we can import React Router Dependency and add Routes

4. Now we will use Ionic UI components in our app. So just make one folder called Signin in your Signin folder Create two files named Sign.tsx and Sign.css.

6. Here’s the results of our hard work: 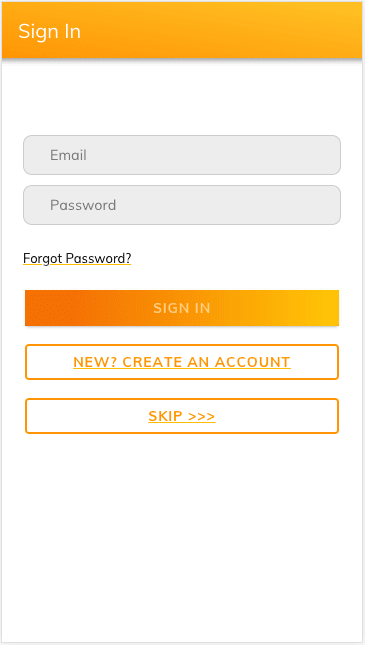 We are almost ready with our first page in Ionic 👨‍🍳 . The Ionic React app is cooked and ready 🥘 🥘 🥘 🥘 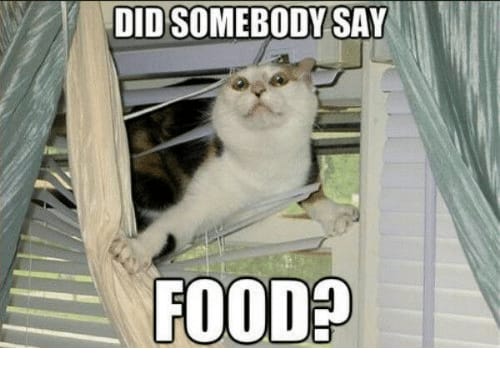 Now we will learn how to make build for IOS and android.

Building your App for PWA

Capacitor does not have any built-in feature to build web code. Instead, you will use your framework’s build process of choice.

Regardless of your build process, I recommend adding a build script to your package.json to enable the standard frontend build command:

Copying Web Code — Once your web code is built, it needs to be copied to each native project:

This should be run each time you perform a build. Feel free to add this command to the end of your build script in package.json like this

The sync command updates dependencies, and copies any web assets to your project. You can also run

To copy web assets only, which is faster if you know you don’t need to update native dependencies.

Currently, Android relies on Android Studio (or, optionally, the Android CLI tools) to build the app: 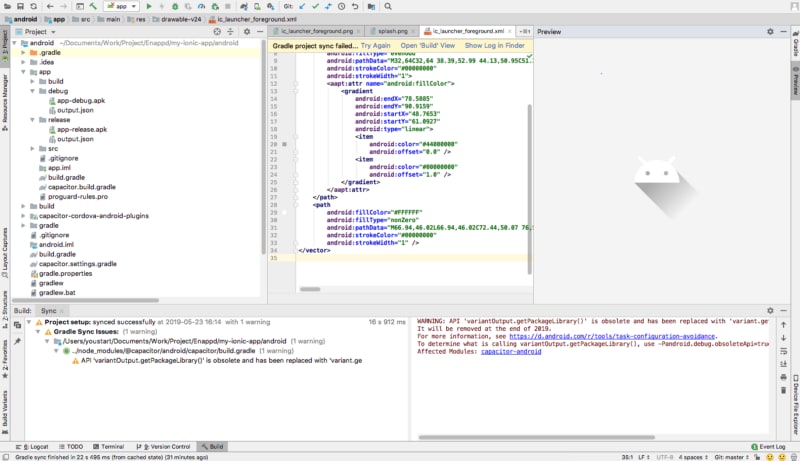 Once your web code is built, it needs to be copied to each native project:

This should be run each time you perform a build. Feel free to add this command to the end of your build script in package.json like this.

By default, an iOS project is created for every Capacitor project. If you are adding Capacitor to an existing project, you can manually add the iOS project using

The sync command updates dependencies, and copies any web assets to your project. You can also run

To copy web assets only, which is faster if you know you don’t need to update native dependencies.

iOS relies on Xcode to do the final app compile

Once Xcode launches, you can build your finally app binary through the standard Xcode workflow.

This blog was originally posted on enappd.com

Now that you have learnt how to implement Twitter login in Ionic 4 apps, there are several things you can do next

You can also find free Ionic 4 starters on our website enappd.com 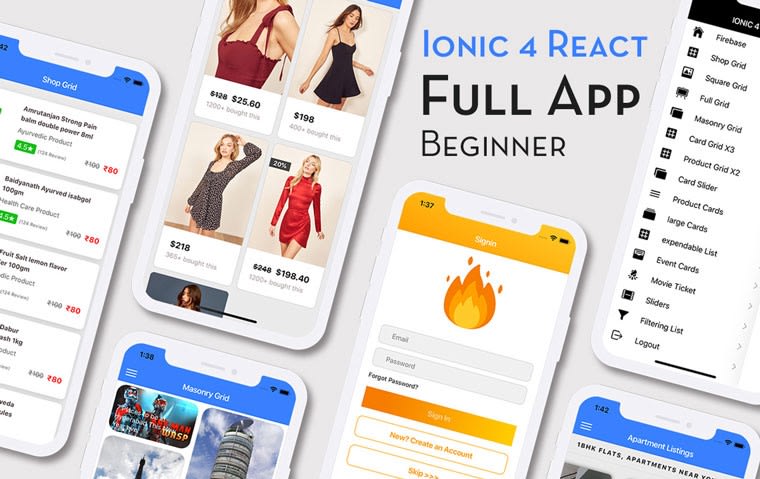 Introduction to Babel,ES and npm