This is Part-2 of two post series. In this post, you will learn how to implement an Image Cropper in Ionic 4 apps 🔥. Part 1 of the series discusses how to use Image picker in IONIC 4 app.

We will create a sample app, where users can pick an image from either camera or gallery, After picking, user can see crop their image as well

I have explained how to add Image Picker in Part 1 of this story you can check it here. In this post, we will start from the previous blog

You probably already know about Ionic, but put this section in every blog just for the sake of beginners. Ionic is a complete open-source SDK for hybrid mobile app development. Ionic provides tools and services for developing hybrid mobile apps using Web technologies like CSS, HTML5, and Sass. Apps can be built with these Web technologies and then distributed through native app stores to be installed on devices.

We’ll follow a stepped approach to creating an Image Cropper app in Ionic 4. We’ll use an IONIC native plugin for Image Cropping. Following are the steps

So let’s jump right in!

You can create a blank starter for the sake of this tutorial. On running ionic start ionic-4-image-cropper blank , node modules will be installed. Once the installation is done, run your app on browser using

The app will launch on browser. You can go to Inspect → Device Mode to see the code in a mobile layout. You can create a basic layout for implementing image cropping. All the real action will happen when we build the app for Android.

Next we’ll add the Image Crop plugin to our app.

‌For that, open your terminal and type

It’s a bit clumsy to work with Cordova plugin so the ionic team created Ionic Native, which is a wrapper for the Cordova plugins so we can use them in a more “Angular/Ionic” way.

and add this to providers of your app Like this

Now time to import this plugin in your home.ts where we will use this plugin

So for using this plugin in our home.ts , first we will import the plugin like this

and inject it in your Constructor (Dependency injection) like this

And use this code for Adding Image Cropper in Ionic App

After adding this code, your home.ts looks something like this.

Step 4 — Build your app on Android and test

If you have carried out the above steps correctly, Android build should be a breeze.

Once your app is up and running on the device, you can start testing all the functions. The screen shown here is taken from a real Android device 😎 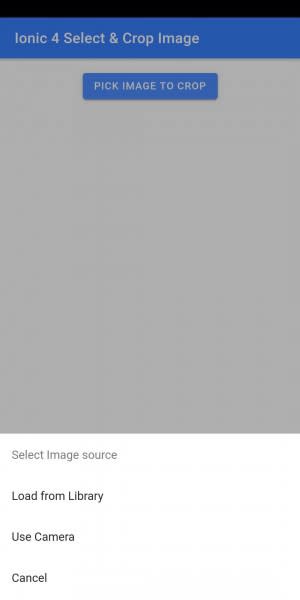 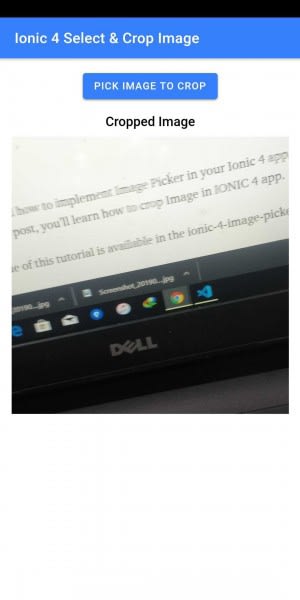 In this post, you learned how to implement Image Cropper in your Ionic 4 app and build it in android to perform image cropping.

Now that you have learned the implementation of Image Cropper in Ionic 4, you can also try 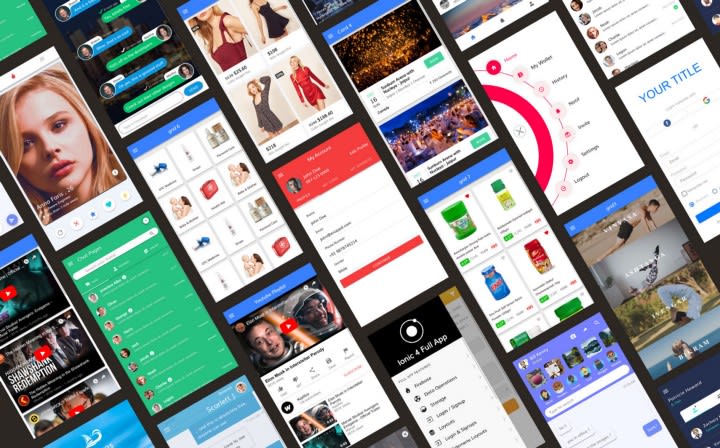 Getting Started With Next.js and GraphQL Authentication | Building GRANDcast.FM Episode 4