Templates and themes have been around for a while. Online giants like CodeCanyon and Themeforest are the forerunners in the race, but there are a number of other template and theme providers as well. Until a few years ago, template business was majorly focussed on websites and Wordpress templates. But things are quickly changing now. On summer of 2018 the mobile app ecosystem, one of the biggest industries on this planet, will turn 10. Google and App store have seen a huge growth in apps in recent years as shown in the graph below.

With the growing rise in app-based startups, it is imperative for developers to use a modular way of app development which costs least time and money. That is where app templates come in. 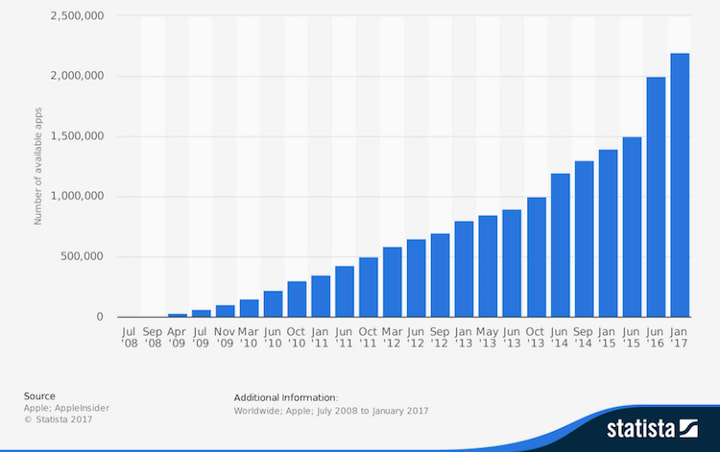 Growth in number of apps on App store over the years

What are app templates 🤔

A collective experience of several app development agencies says that majority of the app development is a repeat process. This is specially relevant in today’s age where startups are often found building an ‘Uber for something’, or an ‘Instagram of something’. Even the apps which are not exactly clones, are actually using similar components in them. This inevitably calls for a modularization of app development process. App templates are ready-made source-code (sometimes also called app starters), which gives a head start in app development.

Imagine you are set out to build an ‘Uber for something’, and you get the full app UI off the shelf. You can then plug in your logic, your product and your back-end into the app and get it ready for app store. This way you save a ton on your development cost. 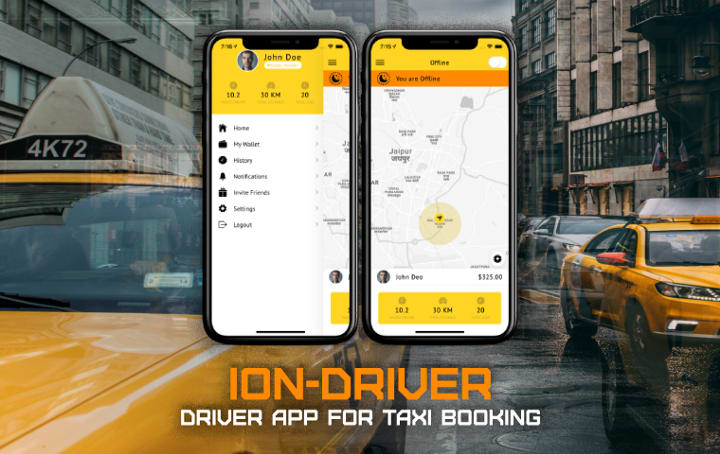 A template for Taxi Driver app in a Taxi Booking platform

App templates are undoubtedly efficient in a large number of cases. But there are certain limitations as well.

Why app templates will rise 📈

A lot of factors point towards a rise in usage of templates and app builders for app development.

Where can I find app templates 🔎

There are a good number of places where you can buy the app templates off the shelf. For a starting point, you can browse

There are numerous small teams offering their own custom app templates. Even for a full-blown app, you are probably safe off contacting a team of developers who have created the templates, as they know the stuff in and out.

Are templates my only option? 😨

Fortunately no. 🎉 Apple and Google have probably thought of all this wayyyy before, and their app development packages (Xcode and Android Studio respectively) come with a UI-design suite with drag-n-drop feature possibility. Recently, Ionic also has released their own app builder, which allows easy UI building for the apps. But all this is still time consuming for an early startup, and you cannot always take care of code standards even with UI-design suites like Xcode and Android Studio.

There are other online app builders available which allow you to design your app in a drag-n-drop fashion. In the end, you get the source code of the design and a resulting APK or IPA. This is similar to XCode and Android Studio, but lighter on resources as you can just do everything online. The options and designs available with online builders are often very limited as well, but it is a good start for the development. Some popular app builders are Appy Pie, Shoutem, Ionic Creator, Bizness Apps etc.

You can read the full article which was originally posted on enappd.com

You can also find free Ionic 4 starters on our website enappd.com

Get a Basic Understanding of the Life Cycles of Software Development