I have been immersing myself in some React coding for a while and always wanted to give React Native a try. Went on YouTube and found this awesome video about building an Uber clone with Expo.

Expo is a tool that seeks to ease the pain of working with React Native like setting up a native development environment and managing native dependencies. You can get up and running quickly without having to worry about setting up XCode and Android Studio.

The Uber clone app was also made with a few third-party libraries and some incredibly useful Google APIs, thanks Google! I was pleased to find out I could use Tailwind to style my React Native components.

Here are some screenshots of the app: 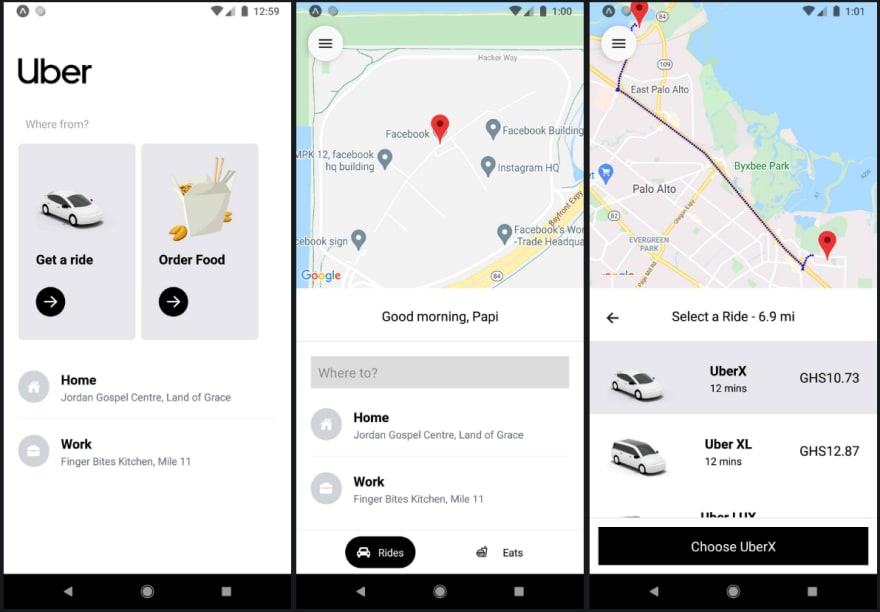 Check out the code/demo on GitHub and critique me.

Go to the project directory

Cooked up a React Native boilerplate