The example which motivated this post comes from the excellent book Designing Distributed Systems by Brendan Burns (co-founder of the Kubernetes project). By the way, this book is available for free here.

In the book, Brendan Burns shares an exciting use of the Sidecars pattern.

The sidecar pattern can be used for more than adaptation and monitoring. It can also be used as a means to implement the complete logic for your application in a simplified, modular manner. As an example, imagine building a simple platform as a service (PaaS) built around the git workflow. Once you deploy this PaaS, simply pushing new code up to a Git repository results in that code being deployed to the running servers. We’ll see how the sidecar pattern makes building this PaaS remarkably straightforward.

Here is a graphic representation available in the book. 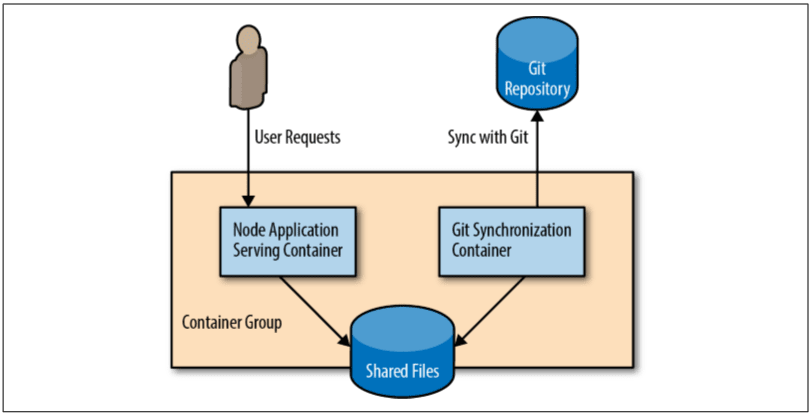 My goal was to create this example using ASP.net core. This source code is available on my GitHub. 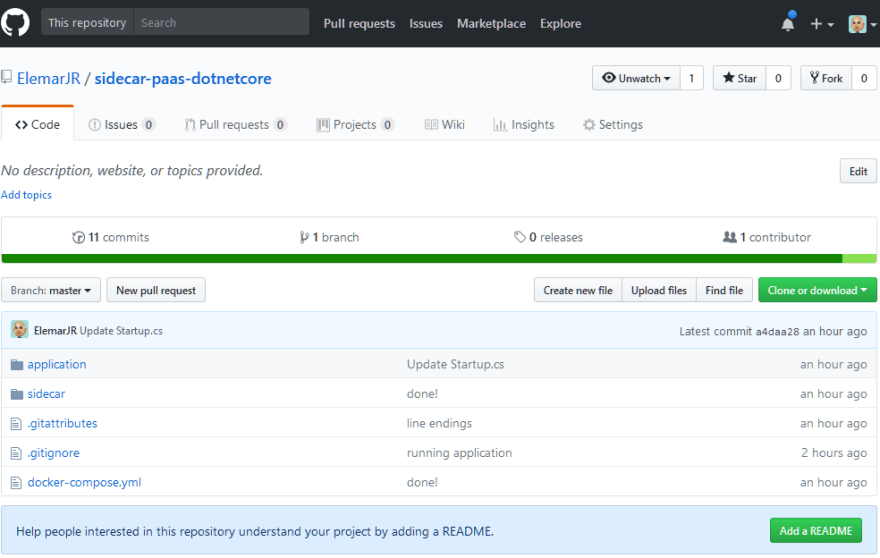 Creating a server that “automatically reloads when files are updated.”

I didn’t make an effort to create a sophisticated example. It is just a new project based on the “empty web app” template.

To get it up and running, on docker, I followed the Nate McMaster’s instructions (I strongly recommend you to read these instructions).

Here is the Dockerfile of the application.

The /code/app directory will be mapped to a host’s volume.

The Sync With Git Sidecar

The logic to sync with Git is the same presented by Brendan Burns.

The Dockerfile for the sidecar is also pretty straightforward.

Again, the /repo directory will be mapped to a host’s volume (which contains the repository used by the Application container).

The utility dos2unix was used to fix the line endings.

Finally, to get this example running, I created a basic Docker Compose configuration.

How to test it on your machine

To get it running on your machine (assuming that you already have docker installed):

Now, when you change the forked repo, the sidecar will pull the updates, and the application container will automatically restart the web app. 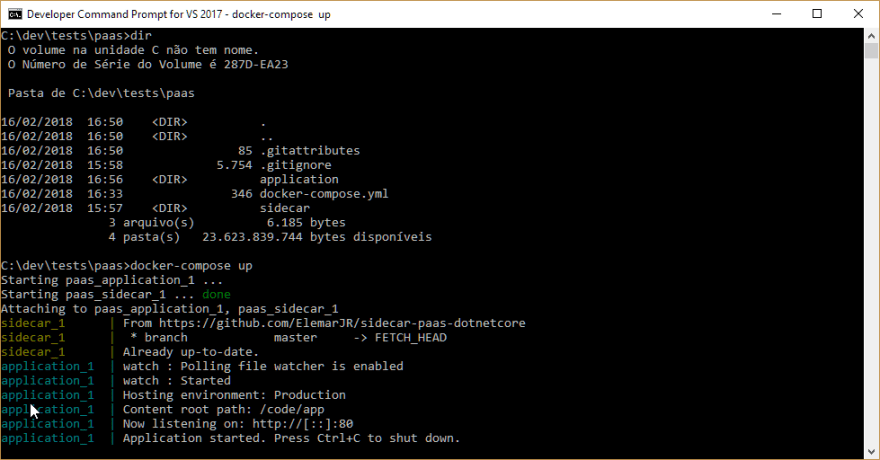 I am not a “container specialist.” So, probably you can find a lot of improvements opportunities. Feel free to give me your feedback. Right?

The post Building a Simple PaaS with Sidecars (from Designing Distributed Systems book) in C# appeared first on Elemar JR.

My Journey as LinkedIn Technical Instructor

How to transform cloud native architecture with serverless