Live audio streaming is increasingly popular across a wide range of uses, from live podcasts and interviews to live music performances. The possibilities are endless once you have a few users engaging with an audience in real-time.

There’s an easy way to accomplish live audio streaming using the Agora React Native SDK. In this tutorial, we’ll walk through building a live audio broadcasting app that can have multiple broadcasters and host thousands of users by utilizing the Agora Audio SDK. We’ll go over the structure, setup, and execution of the app before diving into the code. The open-source code is available here

We’ll be using Agora RTC SDK for React Native for the example. I’m using v3.2.2 at the time of writing. 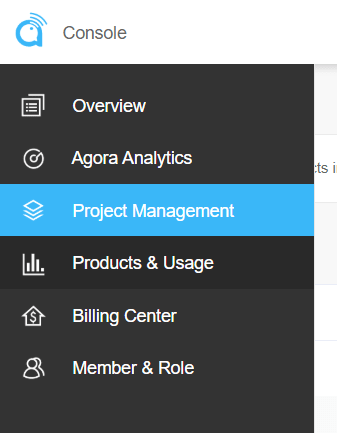 Navigate to the Project List tab under the Project Management tab and create a project by clicking the blue Create button.

Create a project and retrieve the App ID. (When prompted to use App ID + Certificate, select only App ID.) The App ID will be used to authorize your requests while you’re developing the application, without generating tokens.

Note: This guide does not implement token authentication which is recommended for all RTE apps running in production environments. For more information about token-based authentication within the Agora platform please refer to this guide: https://docs.agora.io/en/Video/token?platform=All%20Platforms

Structure of Our Example

This is the structure of the application:

You’ll need to have a recent version of Node.js and NPM installed;

That’s it. You should have an audio broadcast going between the two devices.

The app uses channel-x as the channel name.

Before we dive into the code, let’s get a few basics out of the way:

App.tsx will be the entry point into the app. We’ll have all our code in this file. When you open the app, there will be a username field with three buttons: to join the call, end the call, and toggle our user role between broadcaster and audience.

We start by writing the used import statements. Next, we define an interface for our application state containing the following:
appId: our Agora App ID
token: token generated to join the channel
isHost: boolean value to switch between audience and broadcaster
channelName: name for the channel
joinSucceed: boolean value to store if we’ve connected successfully
rtcUid: local user’s UID on joining the RTC channel
myUsername: local user’s name to log in to RTM
usernames: a dictionary associating RTC UIDs of remote users to their usernames that we’ll get using RTM
peerIds: an array to store the UIDs of other users in the channel

In the constructor, we set our state variables and request permission for recording audio on Android. (We use a helper function from permission.ts, as described below.) When the component is mounted, we call the initRTC and initRTM functions, which initialize the RTC and RTM engines using the App ID. When the component unmounts, we destroy our engine instances.


We use the App ID to create our engine instance. Next, we set channelProfile to Live Broadcasting and clientRole based on our isHost state variable value.

The RTC triggers a userJoined event for each user present when we join the channel and for each new user who joins later. The userOffline event is triggered when a user leaves the channel. We use event listeners to sync our peerIds array.

Functions for Our Buttons


The toggleRole function updates the state and calls the setClientRole function with the correct argument based on the state.
The startCall function checks if a username is entered. It then joins the RTC channel. It also logs in to RTM, joins the channel, and sends the channel message for the username, as we discussed before.
The endCall function leaves the RTC channel, sends a message that is used to remove the username from our remote users dictionary, and then leaves and logs out of RTM.


We define the render function for displaying buttons to start and end the call as well as to toggle roles. We define a function _renderUsers that renders a list of all broadcasters and audience members.


We’re exporting a helper function to request microphone permissions from the Android OS.


The Style.ts file contains the styling for the components.

That’s how easy it is to build a live audio streaming app. For more information about building applications using Agora SDKs, take a look at the Agora Video Call Quickstart Guide and Agora API Reference.

I invite you to join the Agora Developer Slack community. You can ask any questions about Agora in the #react-native-help-me channel.

Upload and Manage Files on Cloudinary with the Filepicker Widget

Advent of Code 2021 in Javascript: My beginner solutions (days 1-2)