VSCode needs no introduction as it is probably the most popular IDE/code editor at the moment. It has many useful built-in features as well as tons of 3rd party extensions in it's marketplace.
It is maintained and regularly updated by Microsoft and has a vibrant community of users and developers. 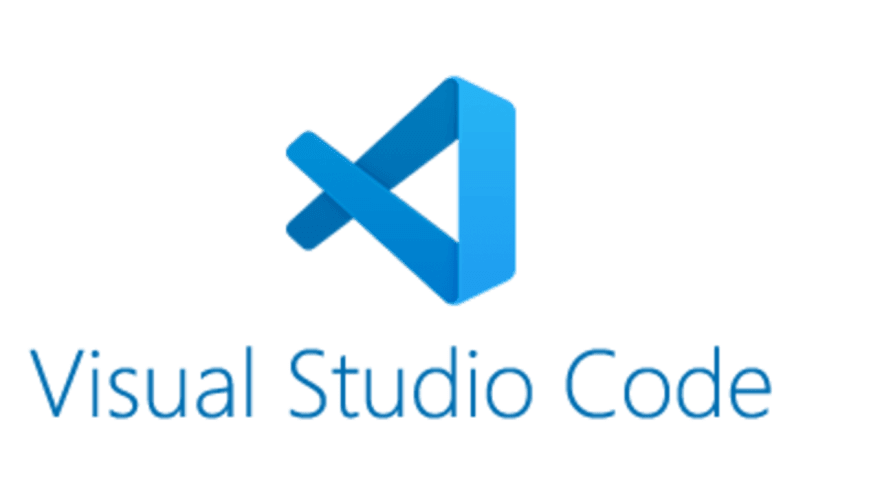 However VSCode has a dark side to it... No, I'm not talking about Microsoft harvesting your data for their nefarious purposes (although that's certainly an issue in my opinion). What I am referring to is VSCode's comparatively sluggish performance and the strain it puts on the computer's resources.

Although Microsoft did an amazing job of optimizing and squeezing every last bit of performance out of Electron, there's no getting away from the fact that VSCode will always be at a disadvantage compared to other code editors written in more low-level languages.

Also, and this is obviously more of a personal preference, I find VS Code's design and layout to be a bit too "busy" for my tastes as I prefer a more clean and minimalist UI with less distractions.

Fortunately, as you'll soon see, there are alternatives. But first a couple of small caveats:

With these out of the way, let's move on and see why I chose to use Sublime Text and how I set it up as a powerful alternative to VSCode. 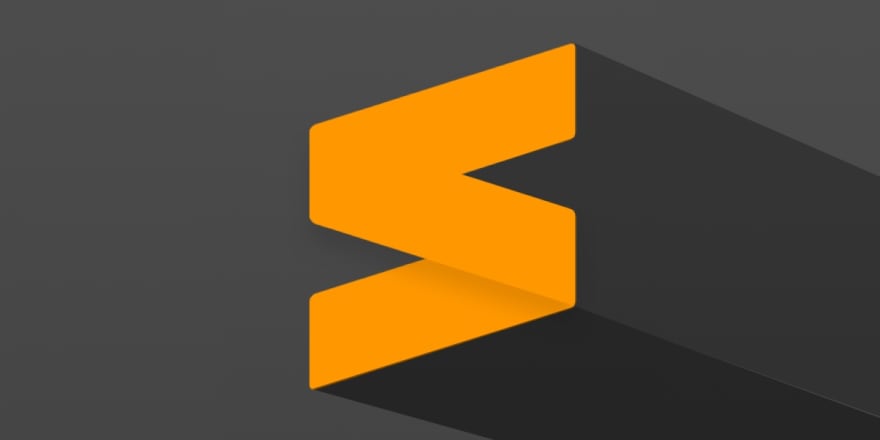 Sublime is a closed source code editor written in C++. It also has a python API which can be used to extend it with additional functionality.

It's not free software, but you can "evaluate" it indefinitely if you don't mind the occasional popup window.
However, if you enjoy using it and can afford it, I highly recommend to buy a license and support the developers.

Although, not as popular as VSCode it has a devoted following and plenty of packages on it's marketplace called package control

In my experience, any sufficiently popular extension for VSCode will sooner or later be ported to Sublime (and vice versa).

Sublime is a fast and capable code editor, able to handle large files with ease, but it is still "just" a text editor. Let's see how we can turn it into more of an IDE.

Luckily for us, the same autocompletion engine that powers VS Code is available to us in sublime through the LSP family of plugins.
To make a long story short, the Language Server Protocol is a protocol that standardizes the way code editors communicate with compilers through language servers.
Install the language servers relevant for your setup (for me it's lsp-typescript, lsp-css, lsp-json and a lsp-tailwindcss) and you'll be rewarded with powerful autocompletions, helpful diagnostics and excellent developer experience.

While sublime has a dedicated linter plugin, you may not need it. Both eslint and stylelint have language server plugins. This way all your errors will be shown in the same place. 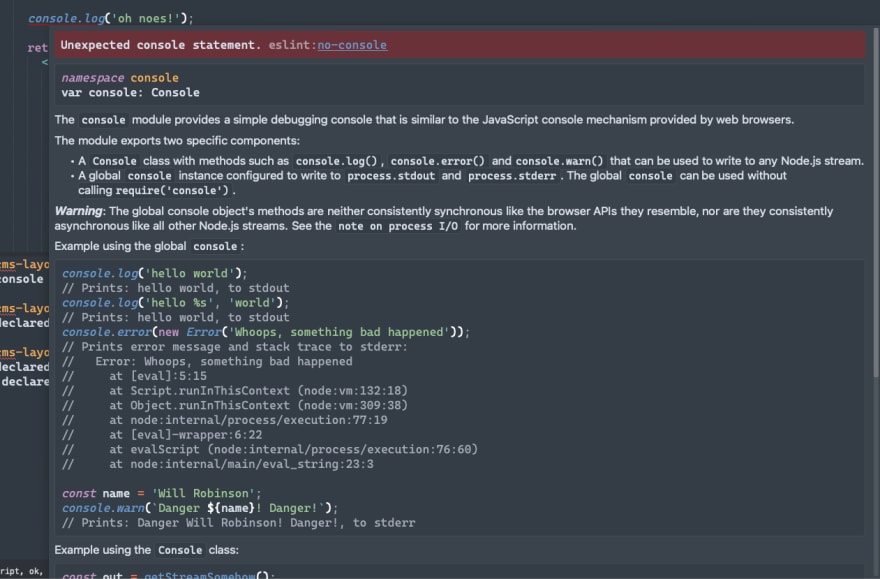 Simply istall the JsPrettier plugin and you're all set.

While sublime does not have a built-in terminal the Terminus package steps in to fill the gap. 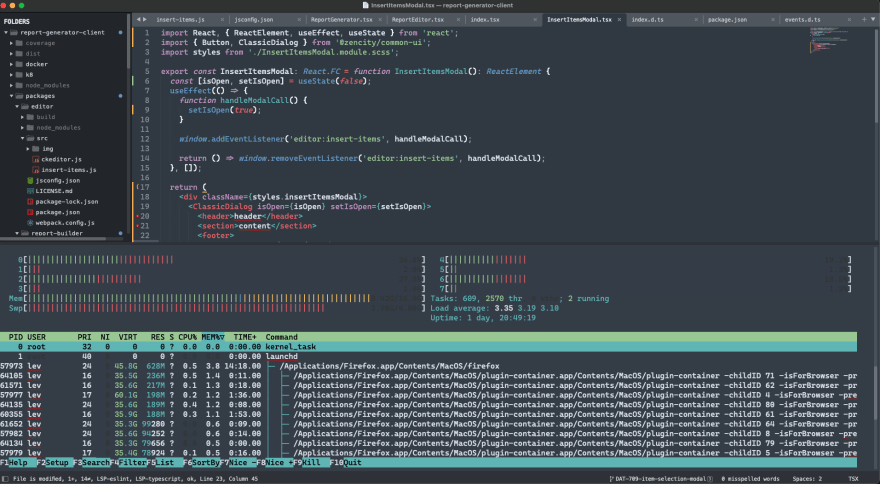 The Debugger plugin implements Debug Adapter Protocol or DAP, allowing you to debug your code without leaving sublime. While not as refined as VS Codes's debugger, it is functional and receives frequent updates. 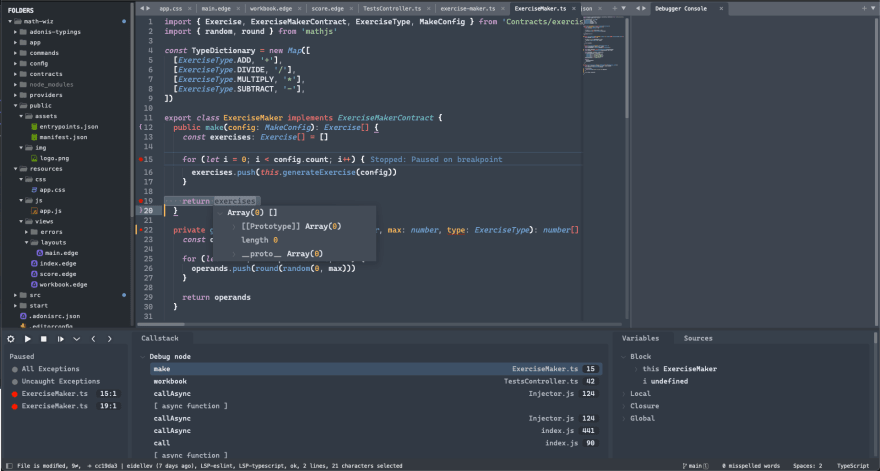 Although this is a short guide, I hope it gave you some idea of Sublime Text's capabilities and how it can be set up to maximize your productivity and accommodate your daily workflows.

Once suspended, eidellev will not be able to comment or publish posts until their suspension is removed.

Once unsuspended, eidellev will be able to comment and publish posts again.

Once unpublished, all posts by eidellev will become hidden and only accessible to themselves.

If eidellev is not suspended, they can still re-publish their posts from their dashboard.

Once unpublished, this post will become invisible to the public and only accessible to Lev Eidelman Nagar.

Thanks for keeping DEV Community safe. Here is what you can do to flag eidellev:

Unflagging eidellev will restore default visibility to their posts.