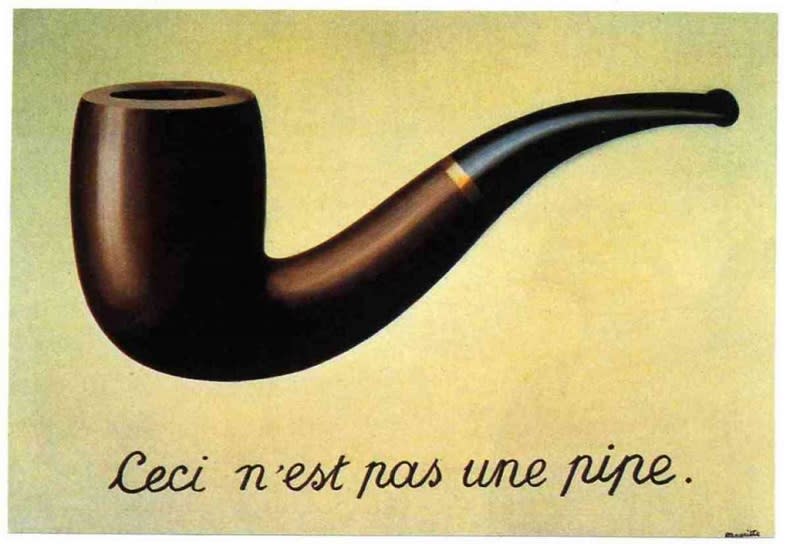 There is a relatively new trend on the Internet about "disconnecting" from social media. Adherents of this movement believe that all social platforms are "evil", "bad" or at least detrimental to your mental well-being. Bearing in mind recent Facebook debacle, it can hardly be a surprise for anyone.

In the midst of this massive digital exodus of 21 century, I dare to throw the following statement:

And before you start hurling your smartphones at me, I want to expound myself. There is nothing wrong with social media per se. It's an extremely powerful technology through which you connect with millions different people. And, as any other technology, it has the potential to greatly affect our lives, but whether this effect will be negative or positive is entirely up to us. Such "double-edged sword"-ness is an intrinsic quality of any new idea or invention. Our century, although only commencing, already abounds with examples in favor of this statement. Think about antibiotics, it revolutionized medicine just decades ago, but beget so-called "superbugs", a robust bacteria which can survive almost any treatment, and we don't know what to do with it. Only 11 years have passed between the first camera phone and the first selfie-related death. And don't forget recent nuclear tests conducted by North Korea, which, in conjunction with other factors, has shifted Doomsday Clock to 23:58, the closest time to Midnight we've got so far.

The moral of it is that we, as human beings, will always find a way to abuse any new technology to the point when its very existence will be questioned. It happened to us many times before, it's happening now with social media and it'll continue to happen. As VR and self-driving cars get mainstream, you'll hear about starved people who entertained themselves to exhaustion and starved to death with their VR set on. But guess what? This is natural.

This is where our ability to test and push things a little too far so we can understand and use them better manifests itself perfectly. We are curious creatures, we like to break things apart just to see what they are made of. We like to wander into the great unknown, the darkness of wilderness, the depths of seas, the heights of mountains, the vastness of cosmos. It impelled us to spread throughout the whole world and inhabit the harshest places on earth under the most austere conditions possible. It's more than just a curiosity, it's out fundamental desire to know and to master reality itself. It's what makes us human.

Firstly you have a new invention, then it enters society, after that it becomes a technology and as it gets more and more popular people start abusing it more and more frequently. Finally, just before the pinnacle of its mistreat (think Midnight of the Doomsday Clock) we become aware of our predicament, feel guilty, curb our insatiable ambitions and begin to implement measures which will fix our ignorant behavior. Eventually, everything stabilizes at the plateau of productivity. Even more, if you picture the level of mistreat on the y-axis and time on the x-axis, then this pattern will highly resemble that of the hype curve, which shows our expectations rather than our misuse of a particular technology. 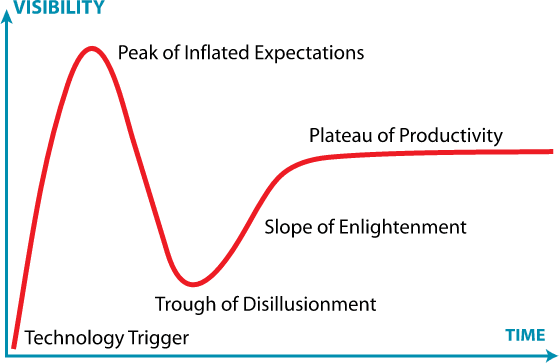 In the context of social media this means that we've just reached the midnight of the Social Doomsday Clock, and things will start to calm down from this point on. With social networks we'll reach a so-called stable plateau when we'll know exactly what the phrase healthy use of internet really mean. The boundaries will be established, walls set up, so no one, not event big corporations will dare to cross them again because we've already saw where that road leads.

With all this commotion about intrinsic dangers of social media, we seem to forget what it was actually all about. It was supposed to draw us together instead of compartmentalizing into distinct groups with zero tolerance of each other. We were supposed to better understand our fellow men instead of subjecting ourselves to continuous feed of envy and resentment at others cherry-picked moments.

With all that said, we all agree that our habits of interaction with social media must change forever. But simply "opting out" is hardly a good strategy to ameliorate the situation. What if instead of using a maladapted coping mechanism, we would reflect on our way to use social media and try to understand what exactly get wrong?

And no, I'm not suggesting you to go back to Facebook or Twitter, or continue to maintain your online persona while disregarding your real self. Don't like Facebook? Me neither! But guess what, there is an entire Internet out there, where you can participate in all sorts of communities about virtually every thing on the planet Earth (and even beyond). Find what most appeals to you, discover new ideas, places and people.

If you're with me on this ride, here's some quick hints to make our journey more enjoyable:

The Ethereum Virtual Machine (EVM) - What Is It and How to Make Business on It?

Salesforce Sandbox and Its Important Types

Once suspended, egryaznov will not be able to comment or publish posts until their suspension is removed.

Once unsuspended, egryaznov will be able to comment and publish posts again.

Once unpublished, all posts by egryaznov will become hidden and only accessible to themselves.

If egryaznov is not suspended, they can still re-publish their posts from their dashboard.