Threading in python is used to run multiple threads (tasks, function calls) at the same time. This means that your program will have two things happening at once. Threading is a feature usually provided by the operating system. Each thread has its own memory space.

In threading, the operating system actually knows about each thread and can interrupt it at any time to start running a different thread. Threading runs on a single processor and therefore only runs one at a time.

The dictionary definition of concurrency is simultaneous occurrence. Concurrency is great for IO-bound operations such as for reading a file or communicating over a network. If many threads start executing simultaneously then we can say that it is concurrent. 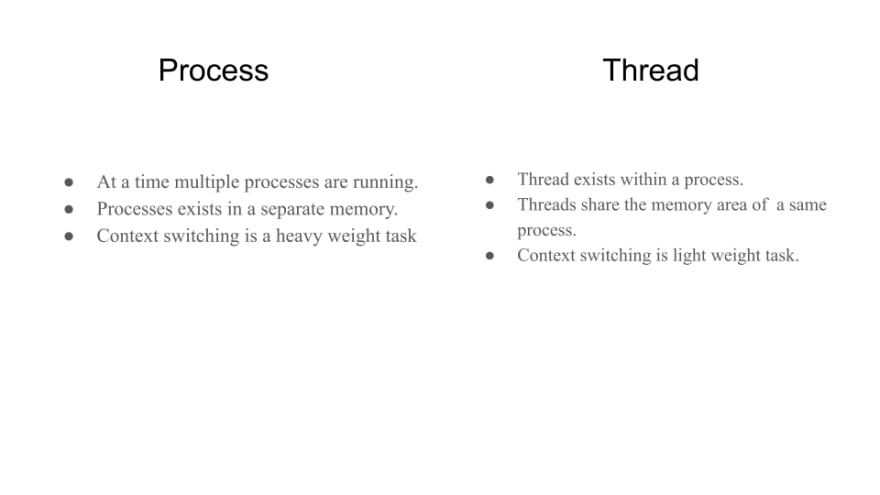 In multithreading, the concept of threads is used. Multithreading is defined as the ability of a processor to execute multiple threads concurrently.

The Python Global Interpreter Lock or GIL, in simple words, is a mutex (or a lock) that allows only one thread to hold the control of the Python interpreter. This means that only one thread can be in a state of execution at any point in time.
The impact of the GIL isn’t visible to developers who execute single-threaded programs. This means that in python only one thread will be executed at a time. The performance of the single-threaded process and the multi-threaded process will be the same in python and this is because of GIL in python. Python has a reference count variable that keeps track of the number of references that point to the object. When this count reaches zero, the memory occupied by the object is released.