Good user experience is one of the most important characteristics of successful software. So designers must have the ability to determine the usability consequences of their design decisions.

So there are defined design rules or principles which designers can follow to increase the usability of their product.

Here authority means an indication of whether or not the rule must be followed in design or whether it is only suggested. Generality means whether the rule can be applied to many design situations or whether it is focussed on a more limited application.

We can divide these principles into three categories. Learnability, Flexibility, and Robustness.

The ease with which new users can begin effective interaction and achieve maximum performance.

Standards and Guidelines for Interactive systems

Standards are usually defined by national or international organizations to ensure compliance with a set of design rules by a large community. Standards can apply specifically to either the hardware or the software used to build the interactive system.

Since the incompleteness of theories underlying the design of interactive software makes it difficult to produce authoritative and specific standards. So the majority of design rules are suggestive and more general guidelines.

Shneiderman's eight golden rules provide a convenient and succinct summary of the key principles of interface design. They are intended to be used during design but can also be applied for evaluation of the systems.

1. Use both knowledges in the world and knowledge in the head
Systems should provide the necessary knowledge within the environment and their operation should be transparent to support the user in building an appropriate mental model of what is going on.

2. Simplify the structure of tasks.
Tasks need to be simple in order to avoid complex problem solving and excessive memory load.

3. Make things visible
The interface should make clear what the system can do and how this is achieved and should enable the user to see clearly the effect of their actions on the system.

4. Get the mappings right
it should be clear what does what and by how much. Controls, sliders, and dials should reflect the task so a small movement has a small effect and a large movement a large effect.

5. Exploit the power of constraints
Constraints are things in the world that make it impossible to do anything but the correct action in the correct way. So using constraints can minimalize user mistakes.

6. Design for error
To err is human, so anticipate the errors the user could make and design recovery into the system.

7. When all else fails, standardize
If there are no natural mappings then arbitrary mappings should be standardized so that users only have to learn them once. 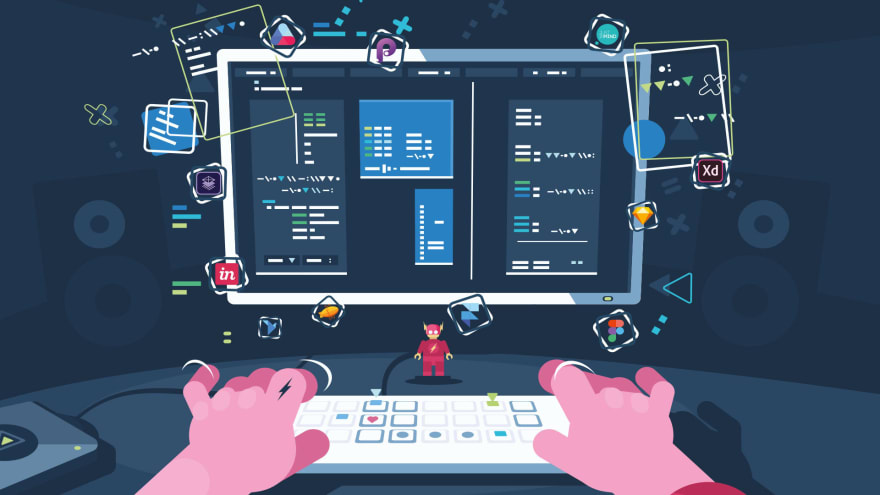 Get up and running on Figma (tips for devs)🏃🏼‍♀️