This is a security advisory for a bug that I discovered in Resolv::getaddresses that enabled me to bypass multiple Server-Side Request Forgery filters. Applications such as GitLab and HackerOne were affected by this bug. The disclosure of all reports referenced in this advisory follow HackerOne’s Vulnerability Disclosure Guidelines.

Resolv::getaddresses is OS-dependent, therefore by playing around with different IP formats one can return blank values. This bug can be abused to bypass exclusion lists often used to protect against SSRF.

This issue is reproducible in the latest stable build of Ruby:

The following section describes the root cause of this bug. I have added some comments in the code snippets to help the reader follow along.

When we run irb in debug mode (irb -d) the following error is returned:

So the exception stems from fetch_resource() [1]. The “NXDOMAIN” response indicates that the resolver cannot find a corresponding PTR record. No surprise there, since, as we will see later on, resolv.rb uses the operating system’s resolver.

Now the following code snippets demonstrate why Resolv::getaddresses is OS-dependent.

getaddresses takes the address (name) and passes it on to each_address where once it has been resolved it is appended to the ret array.

each_address runs the name through @resolvers.

@resolvers is initialised in initialize().

Further on, initialize is actually initialised by setting config_info to nil which uses the default configuration in this case /etc/resolv.conf.

Here is the default configuration:

This demonstrates that Resolv::getaddresses is OS-dependent and that getaddresses returns an empty ret array when supplied with an IP address that fails during a reverse DNS lookup.

I suggest staying away from Resolv::getaddresses altogether and using the Socket library.

The right way to check an address is using OS's resolver instead of resolv.rb if the address is resolved by OS's resolver. For example, Addrinfo.getaddrinfo of socket library can be used.

The fix for Mustafa Hasan’s report (!17286) could be easily bypassed by abusing this bug. GitLab introduced an exclusion list, but would resolve the user-supplied address using Resolv::getaddresses and then compare the output to the values in the exclusion list. This meant that one could no longer use certain addresses such as http://127.0.0.1 and http://localhost/, which Mustafa Hasan used in the original report. The bypasses allowed me to scan a GitLab intance’s internal network.

private_address_check is a Ruby gem that helps prevent SSRF. The actual filtering takes place in lib/private_address_check.rb. The process starts by attempting to resolve the user-supplied URL with Resolv::getaddresses and then compares the returned value with a the values in the blacklist. Once again I was able to use the same technique as before with GitLab to bypass this filter.

Consequently, HackerOne was affected by this bypass, because they use the private_address_check gem to prevent SSRF on the “Integrations” panel: https://hackerone.com/{BBP}/integrations. 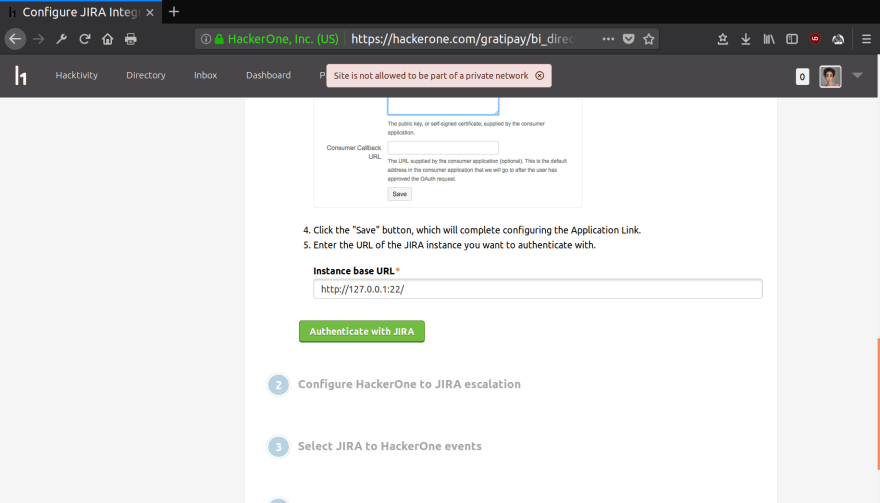 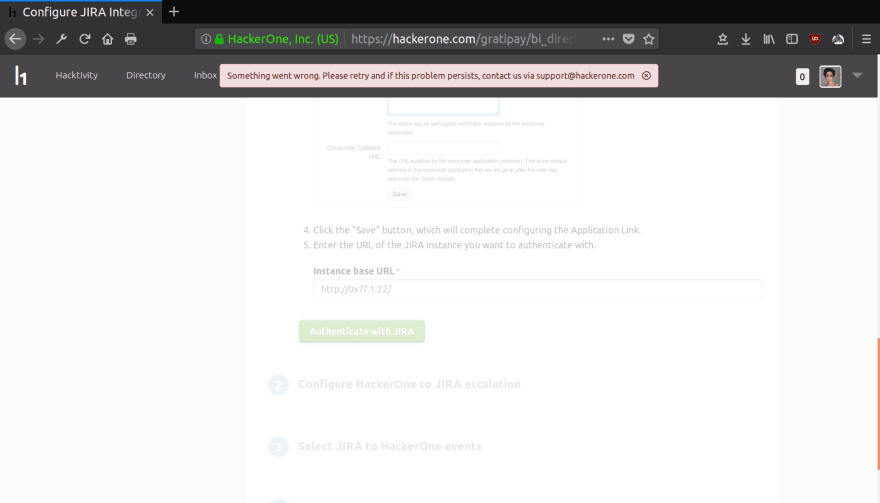 Unfortunately, I was unable to exploit this SSRF and therefore the issue only consisted of a filter bypass. HackerOne still encouraged me to report it, because they take any potential security issue into consideration and this bypass demonstrated a potential risk.

This issue was patched in version 0.4.0.

This gem is not vulnerable, because it checks if the value returned is empty.

This gem uses Addrinfo.getaddrinfo as recommended by the Ruby Code dev team.

The author would like to acknowledge the help provided by Tom Hudson and Yasin Soliman during the discovery of the bug.

Update (Friday, 10 November 2017): I expanded the “Root cause” section in order to better explain the actual issue.

Fix "NO FILE" Migrations in Rails