In SASS, Mixin and Placeholder are really similar. They can hold combination of css properties and can be reused in many places, just like variables to help reduce our codes. However, they actually work differently behind the scene.

Let's see the following example:
We declared a mixin bananaColor, and a placeholder coffeeBackground. 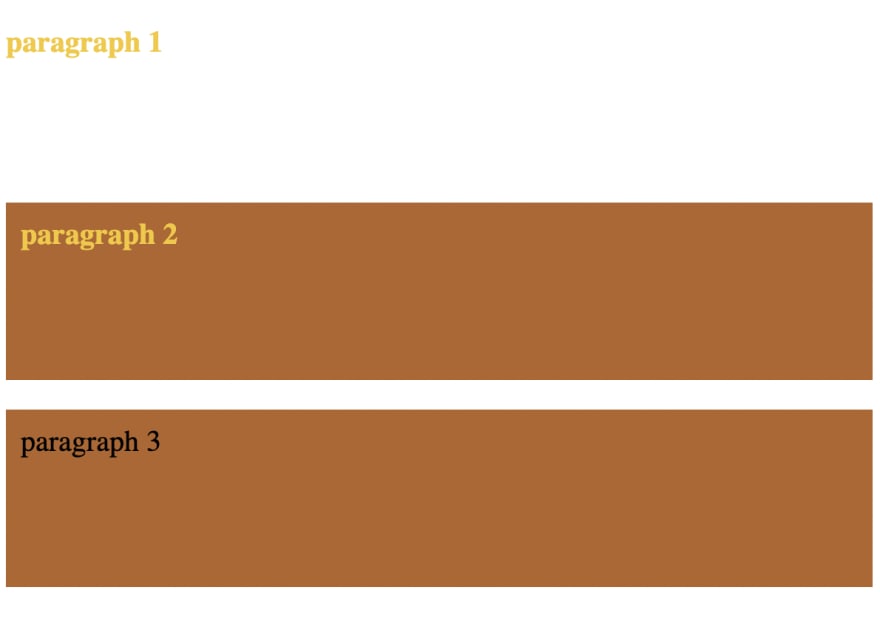 For Mixin, it copies the declared mixin properties to places where it is used. 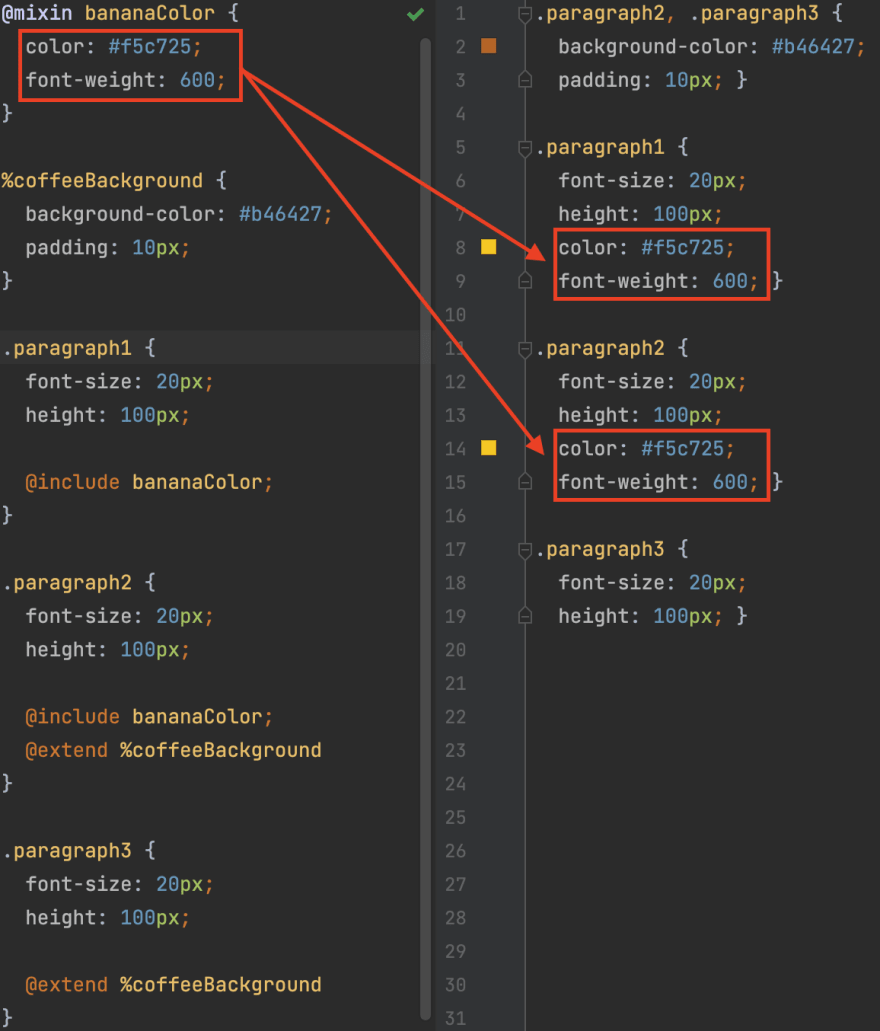 For placeholders, it copies the selectors(.paragraph2, .paragraph3) to the placeholder where it is declared. 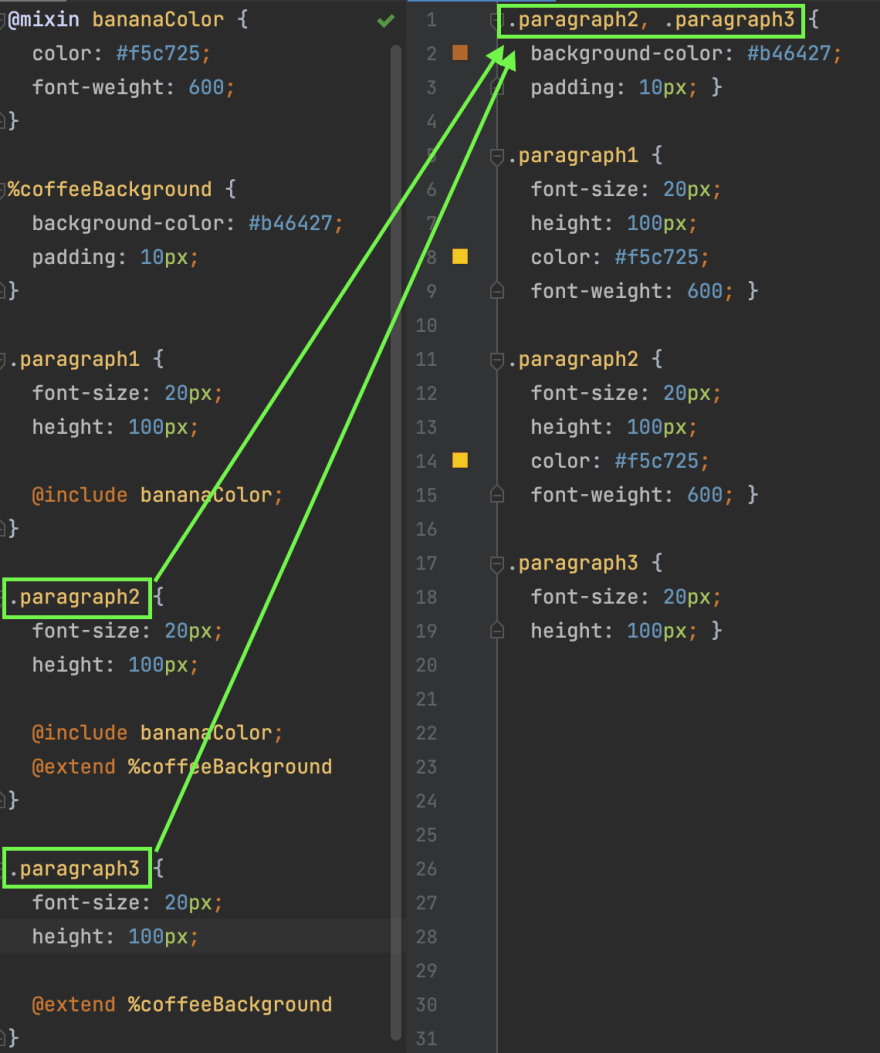 In conclusion, we can see Mixin and Placeholder are literally doing things reversely.

The logic of Mixin could be more intuitive and understandable than Placeholer. However, it may result in larger CSS code because it just copies the declared Mixin to everywhere, while Placeholder only copies the selectors.

Apart from that, Mixin can work like a function. We can also pass parameters into a Mixin, while we cannot use parameters on Placeholder.

Mixin and Placeholder can really help us organize and reduce our SASS code. We can choose to use either Mixin or Placeholder depending on our actual scenarios.

Adding a dark mode to your website using SCSS

How To Theme Your App With React, Redux & SCSS

Ed is Taking Note
I am here to take notes to help memorize some dev & work things, but u are still welcomed to discuss w/ me if having any question about my contents. 😜
Animation-fill-mode: backward
#css #sass

Once suspended, edindevto will not be able to comment or publish posts until their suspension is removed.

Once unsuspended, edindevto will be able to comment and publish posts again.

Once unpublished, all posts by edindevto will become hidden and only accessible to themselves.

If edindevto is not suspended, they can still re-publish their posts from their dashboard.

Once unpublished, this post will become invisible to the public and only accessible to Ed is Taking Note.

Thanks for keeping DEV Community 👩‍💻👨‍💻 safe. Here is what you can do to flag edindevto:

Unflagging edindevto will restore default visibility to their posts.