The observer pattern is a one to many relationship dependency, and when one object(Observable object) changes its status, all its dependencies(Observer objects) will be notified and updated accordingly. 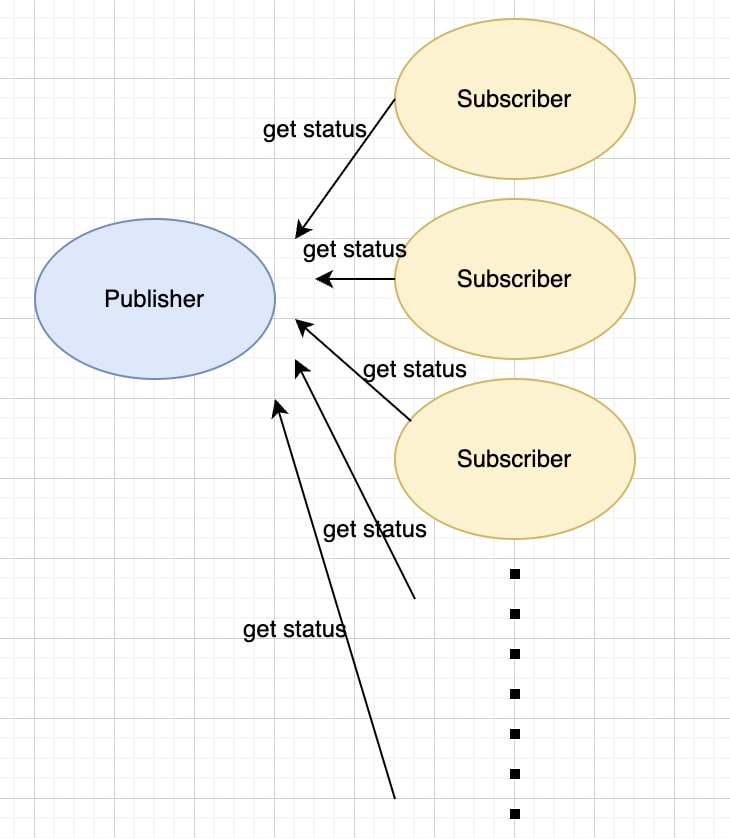 Now there comes a bad smell... What if there are like 1000 subscribers and each of them tries to get status every 10 seconds!?
As a result, the requesting traffic must explode and obviously there are lots of unnecessary calling... Also, subscribers might not get the most recent status - there is still up to 10 seconds delay before getting the status.

Solution
With the observable pattern, every time the publisher(Observable object) has a new status, it notifies all its subscribers. This way we can avoid lots of unnecessary callings, and all subscribers can get the most recent status immediately without delay. 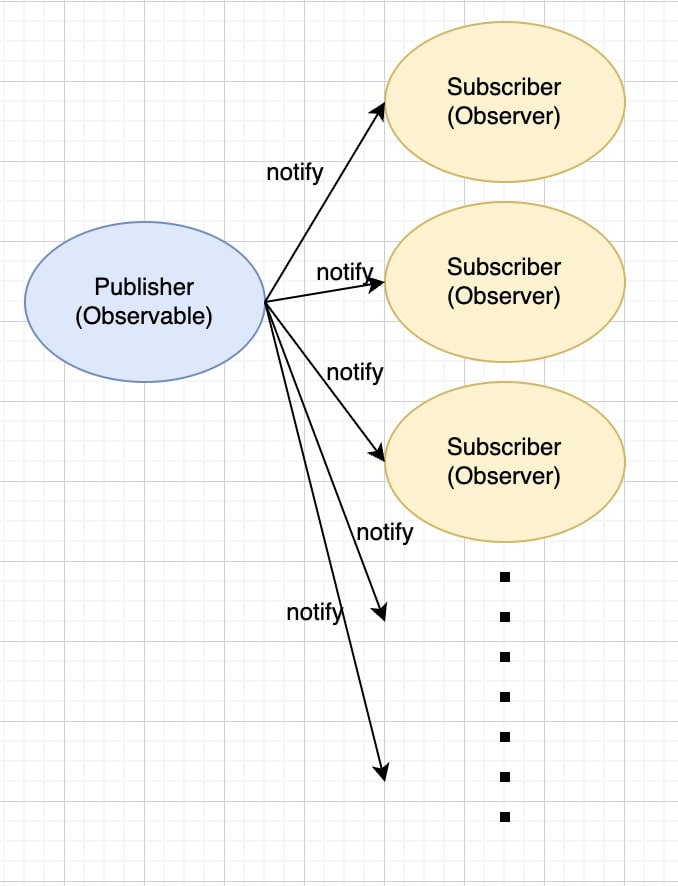 Implementation
A very simple class diagram of the pattern is like the following: 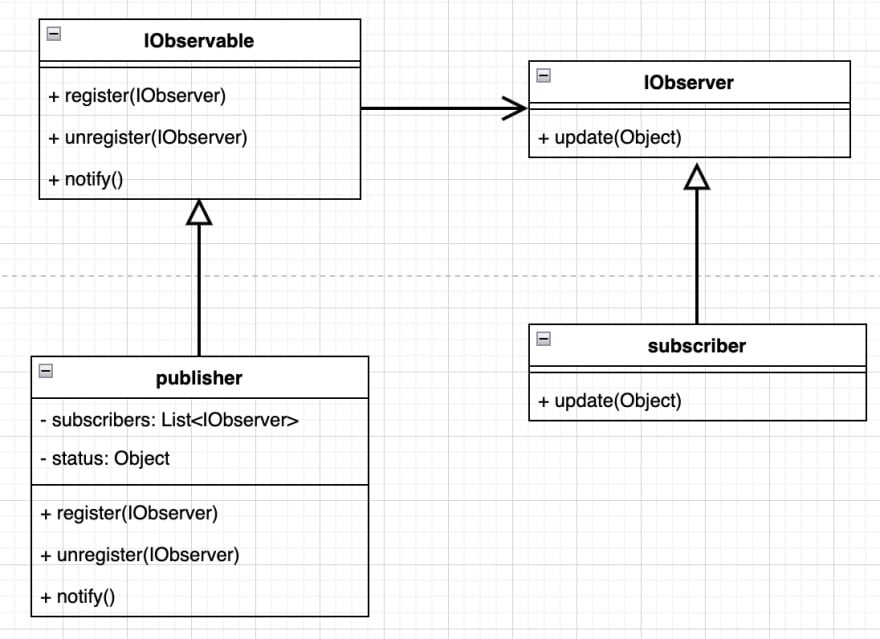 We have register() and unregister() methods to add or remove subscriber to the subscribers list of the publisher class.

This is a very basic and simple observer pattern. There are actually many different kinds of implementation for observer pattern, but the core concept is generally the same.

Understanding MVVM and why it actually makes sense!

Distributed Caching with Redis and SpringBoot

Ed is Taking Note
I am here to take notes to help memorize some dev & work things, but u are still welcomed to discuss w/ me if having any question about my contents. 😜
[Design Pattern] Strategy Pattern
#designpattern #oop #java #strategypattern
Starting a Spring Boot Microservices Maven Project
#java #spring #maven #intellij

Once suspended, edindevto will not be able to comment or publish posts until their suspension is removed.

Once unsuspended, edindevto will be able to comment and publish posts again.

Once unpublished, all posts by edindevto will become hidden and only accessible to themselves.

If edindevto is not suspended, they can still re-publish their posts from their dashboard.

Once unpublished, this post will become invisible to the public and only accessible to Ed is Taking Note.

Thanks for keeping DEV Community 👩‍💻👨‍💻 safe. Here is what you can do to flag edindevto:

Unflagging edindevto will restore default visibility to their posts.