What is Amazon RDS?

Amazon Relational Database Service (Amazon RDS) makes it easy to set up, operate, and scale a relational database in the cloud.
It provides cost-efficient and resizable capacity while automating time-consuming administration tasks such as hardware provisioning, database setup, patching, and backups.
It frees you to focus on your applications so you can give them the fast performance, high availability, security, and compatibility they need.

AWS provides multiple features to provide RDS security
DB instance can be hosted in a VPC for the greatest possible network access control
IAM policies can be used to assign permissions that determine who is allowed to manage RDS resources
Security groups allow controlling what IP addresses or EC2 instances can connect to the databases on a DB instance
Secure Socket Layer (SSL) connections with DB instances
RDS encryption to secure RDS instances and snapshots at rest.
Network encryption and transparent data encryption (TDE) with Oracle DB instances 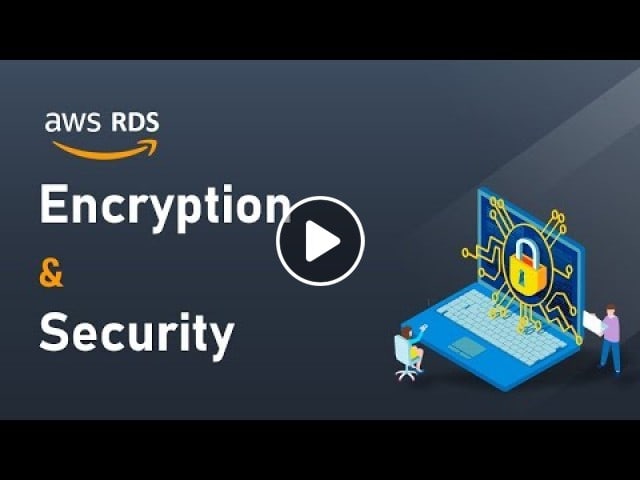 SSL to Encrypt a Connection to a DB Instance

Build and Deploy a REST API for any Cloud