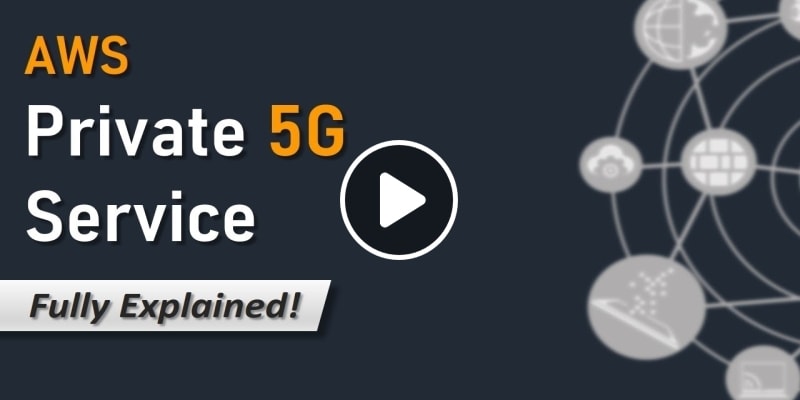 What is a Private Network?

A Private Mobile Network features network infrastructure which is used exclusively by devices authorized by the end user organization. Typically, this is deployed in one or more specific locations which are owned or occupied by the end user organization to deliver targeted coverage, capacity and other capabilities. Devices which are registered on public mobile networks will not work on the private network except where specifically authorized.

What are the benefits of AWS Private 5G?

This is a new managed service that helps enterprises set up and scale private 5G mobile networks in their facilities in days instead of months. With just a few clicks in the AWS console, customers specify where they want to build a mobile network and the network capacity needed for their devices. AWS then delivers and maintains the small cell radio units, servers, 5G core, and radio access network (RAN) software, and subscriber identity modules (SIM cards) required to set up a private 5G network and connect devices. AWS Private 5G automates the setup and deployment of the network and scales capacity on-demand to support additional devices and increase network traffic. There are no upfront fees or per-device costs with AWS Private 5G, and customers pay only for the network capacity and throughput they request.

Many enterprise networks are constrained by increasing growth in users, devices, and application demands. Increased video content, new applications that require ultra-low latency connectivity to end-user devices, and thousands of smart IoT devices demand extended coverage, more capacity, better reliability, and robust security and access control. Customers want to build their own private 5G networks to address these limitations, but private mobile network deployments require customers to invest considerable time, money, and effort to design their network for anticipated peak capacity, and procure and integrate software and hardware components from multiple vendors. Even if customers are able to get the network running, current private mobile network pricing models charge for each connected device and make it cost-prohibitive for use cases that involve thousands of connected devices. AWS Private 5G simplifies the procurement and deployment allowing customers to deploy their own 4G/LTE or 5G network within days instead of months, scale up and down the number of connected devices rapidly, and benefit from a familiar on-demand cloud pricing model.

How could you be certified with AWS DevOps Professional?