My kids (4yo and 6yo) are fan of the command line since the first time I showed them sl.

One month ago, my youngest one asked for a game with a rabbit and a pink knight.

In such a case, you can either postpone indefinitely or you can rush to finish it in the evenings of a few weeks so that he's still young enough to appreciate it.

So here it is, a game with a rabbit chased by foxes, wolves, and riffle armed hunters. 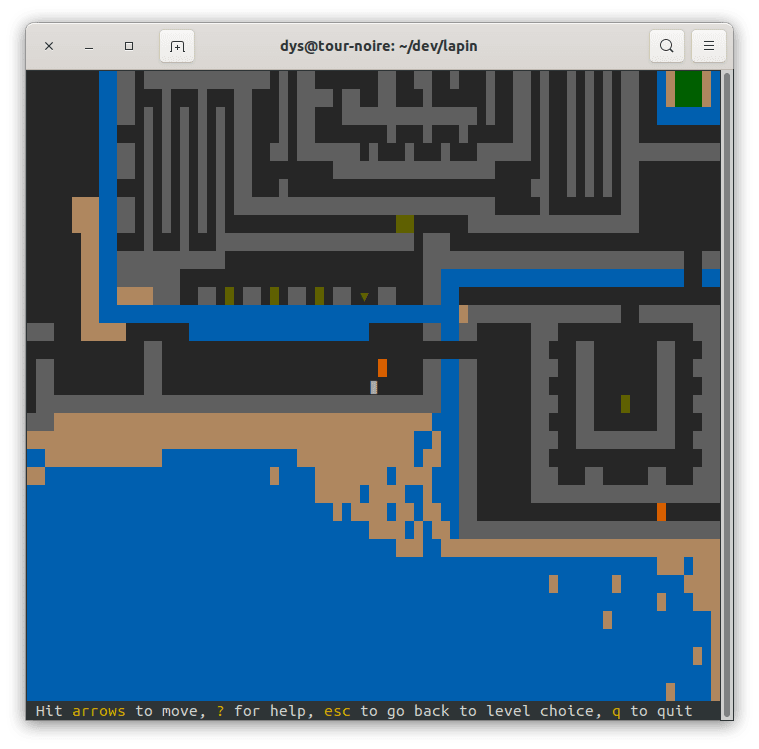 A turn by turn game where invulnerable pink knights fight all your foes.

Rules so simple your kids will remember them after you've told them once. 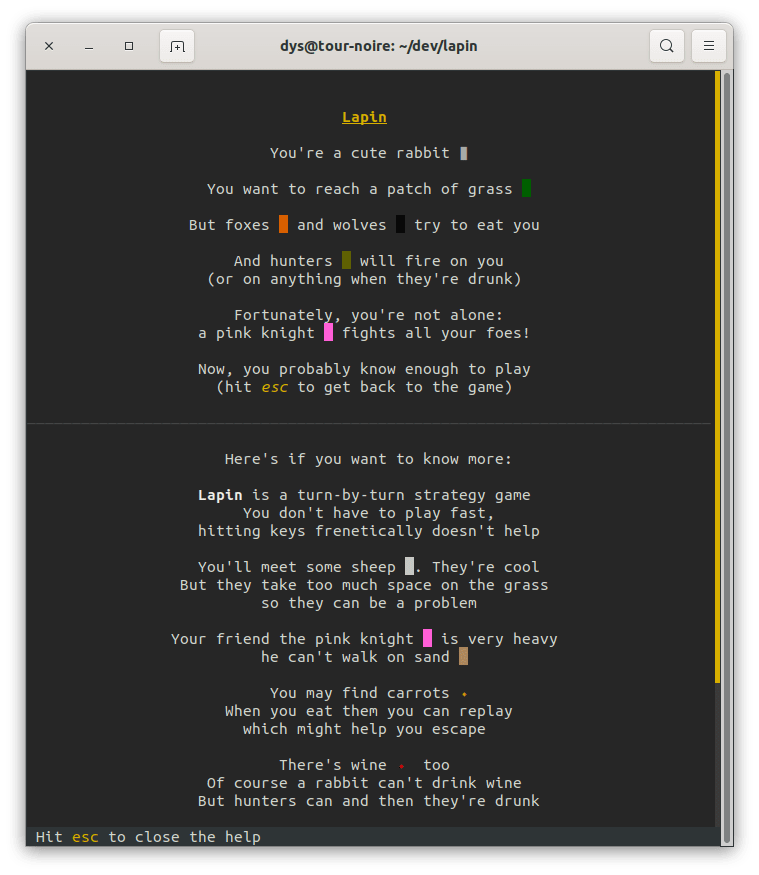 And an editor, because the best game for a kid is to draw (more so if the inks are made of foxes and pink knights and grass and mud...). 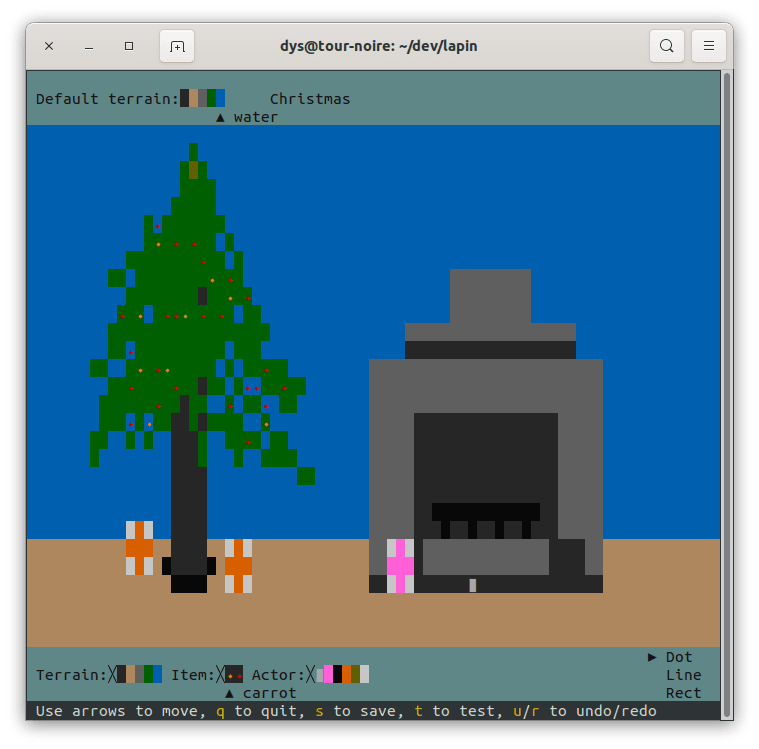 And campaigns in which you can pack sequences of levels you or your kids made.

If you're more than 6yo, you won't be impressed by the graphics.

As a developer you might find a few interesting things in this small and hopefully clear program:

And I'd welcome any help or advice to improve the program!

(or levels for my kids)

The code is almost a kid's game too:

I'll be happy to answer your questions about the game or the code!

Rethinking the “One Ring To Rule Them all” Monorepo manager

Denys Séguret
currently playing in Rust.
SafeCloset, a Secret Safe - Why and how I made it in Rust
#rust #opensource #showdev #cryptography
Edit your file hierarchy with Broot 0.7
#rust #cli #linux #opensource
broot, a new way to browse directories
#githunt #rust #cli #linux