Making difficult decisions is never fun, especially when you doubt. Give yourself the confidence to stand behind your decisions by learning about how to make decisions... better.

How do you choose between two options when stuck in a dilemma? everyone will tell you to make a Pro and Con list, list the benefits and pitfalls of the decision and everything will work itself out. The problem with this approach is that its one sided, and the decision doesn't often feel any easier.

Another way to look at the same decision is the Rubber Band decision making framework. A tool to give two options an equal footing, and allow you to make the comparison in a much more direct way.

If you are looking for guidance in career development, I help senior IT developers create their dream jobs through self discovery, career planning and how to make the best out of your job. Contact me if you would like to discuss further.

Should I take a new job at ACME Inc?

This question is one of the most common questions on forums, and its easy to understand why. Most people don't know how to make these types of decisions, so they throw it out to the internet hoping that someone will take that responsibility from them.

The problem is that the options looks seemingly evenly balanced

Unfortunately every situation is different and you are the only person is able to answer this question. 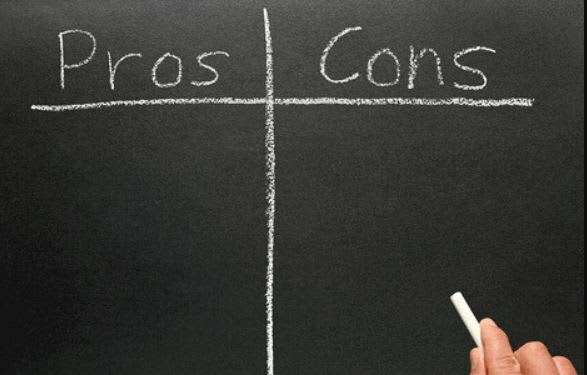 If not the first answer to this question in the replies, its usually in the top 3: make a Pro and Con list and make your decision from there.

The problem with the Pro and Con list is that it is one sided. It doesn't allow you to evaluate two different decisions equally. The options are not being evaluated against each other, rather they are being evaluated separately and this may make the two options appear evenly balanced - leaving you without a clear winner - even when they are not.

Think to yourself - did a Pro's and Con's list ever help make your decisions easier?

The Con's list is actually my current position, framed in a negative light against my Pro's list. Is that best way for me to evaluating my options? No - because I have two possibilities - not just one.

The missing ingredient is that it is not being evaluated against my current job.

Sure, there is a Con's list but it is not a direct comparison. What I need is a way to give each option an equal footing.

We are also suggesting that not moving forward is a negative - which it is not! 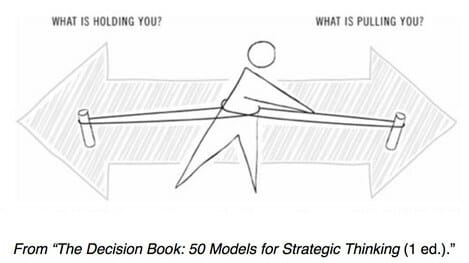 If I am trying to decide to take a new job, the Rubber Band would consist of my current job (holding) and my new job (pulling)

Now I can think of what are the factors that are holding me and pulling me - we are now comparing two options, based on their positive features directly against one another.

Holding me:
I like my colleagues
Close to home
Shorter hours
More leave days

The con's list are reframed as benefits of the other option!

Now I can compare the two against each other, and my decision seems a lot easier to make.

Give It A Try

If you are looking for guidance in career development, I help senior IT developers create their dream jobs through self discovery, career planning and how to make the best out of your job. Contact me if you would like to discuss further.

Skills That You Should Master In 2022

Take your Front-end Team's Productivity to the Next Level

Measuring your progress in Web Development: why is it important and how to do it