Description of the problem

In the course of my work at geoalert.io, I have repeatedly encountered the problem of managing the state of an application in React with a built-in mapbox-gl

I plan to cover the topic in a series of articles, including this one:

There are several options for solving this problem, here are the most popular among them:

The most popular among them

Implementing as a React Component

The main idea of this approach is to create a web map component, which must contain a DOM node for initializing the map, initialization logic, and it must also store an instance of the created map

The mapbox-gl documentation contains instructions on how to do this for a new React application.

Continuation and more detailed consideration of this issue, with various examples of implementation, wait in the next article 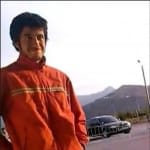 Using mapbox-gl in React with Next.js

Storing the map instance outside of React

As a rule, tutorials on using mapbox-gl in React end after the method of integrating the first into the second is described, articles about state management in such applications are rare, most articles on this topic are outdated at the moment

Here's an example of a nice article from @Cole Beese

Usually in the application interface, in addition to the map itself, there are elements whose display depends on the internal state of the map, for example, an element that displays the current coordinates and zoom, as in the above example

In addition to the state inside the map instance, the application can also have its own internal state, in our case, XState will be used for this

Create and publish your own React library

dqunbp
one of the best among the worst
Using mapbox-gl in React with Next.js
#react #nextjs #typescript #mapbox
Store state in cookies with use-cookie-state React hook
#react #hook #cookies #nextjs