Who reads the terms of service? Yes, those hundreds of pages in which they explain the conditions of use of a service. Well, let’s start with someone who has read them to them. If not, this article would not have existed. 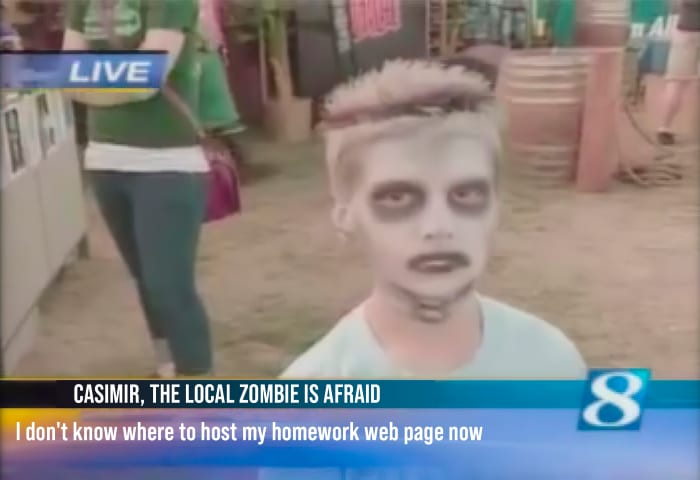 Just recently, AWS has updated its terms of service and well, the usual. What you can and cannot do, but the funny thing is point 42.10, which in a nutshell, says that they prohibit the use of their Lumberyard services in case of a zombie apocalypse.

You do not believe it? See for yourself by reading the AWS Terms of Service.

“Lumberyard is a cross-platform game engine where you can create games for most modern platforms for free: PC, Mac, iOS / Android, all consoles, including VR glasses.”

Sure, for many of us, it reminds us of the typical nonsense like “don’t wash your cat” in the washing machine instructions, but here… Just read it again and think about it!

“…of a widespread viral infection transmitted via bites or contact with bodily fluids that causes human corpses to reanimate and seek to consume living human flesh, blood, brain or nerve tissue and is likely to result in the fall of organized civilization.”

And why, if this happens, the restriction “will not apply”?

As I said before, it is difficult to understand what is written in this paragraph of the “Amazon” document. But it looks really creepy and raises a lot of questions…

People who laugh from irony, ironically claiming that it is a joke

Others congratulating the intern

And others that we will never know what he had written

To finish I leave this important information:

“When zombies are hungry, they won’t stop until they find food for them, which means you need to disappear from the city as quickly as possible.”

Three Protocols you should know as a web developer