In case you have locked UFW (Uncomplicated Firewall) on your Amazon EC2 instance and then logged out. When you try to connect to this EC2 instance via PuTTY or just via SSH, it does not work because you forgot to add SSH (port 22) to the UFW rules.

This article will help you fix this problem and continue to use your volume.

Note that if you do not have an Elastic IP, when you stop EC2 instance, the IP address will change

Detach the volume of EC2 instance.

It is important that your second machine is in the same Availability zone. 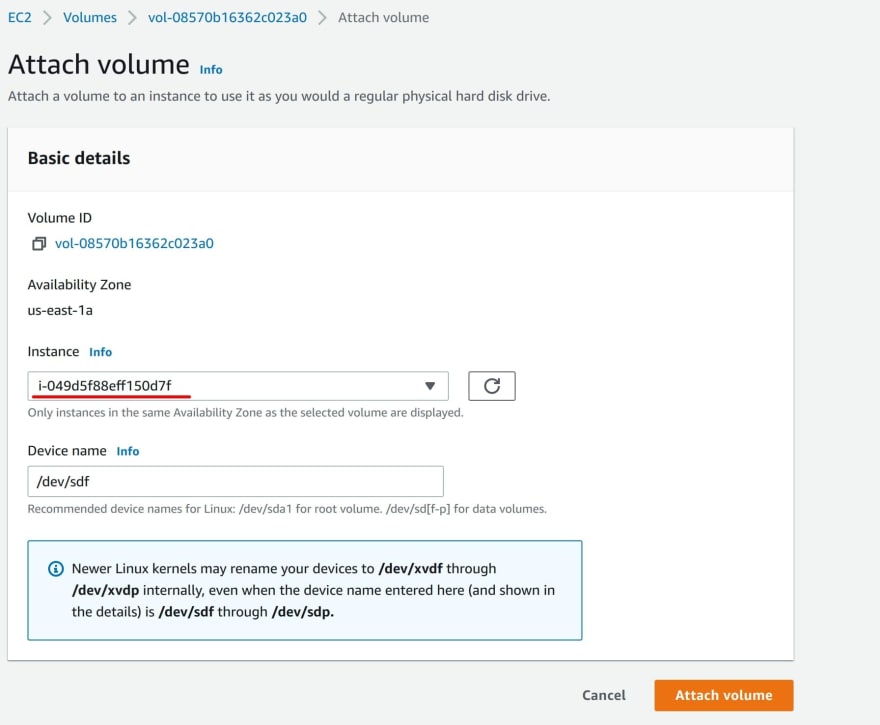 To display information about the disks and the partitions created on them, use the command: sudo lsblk

Create a folder called fixec2 (it can be any name you prefer).

Mount the volume to the fixec2 folder using the following command:

Note: newer Linux kernels may rename your device to /dev/xvdf (which was the case for me)

During the SSH security setup we may accidentally or intentionally block SSH for an instance. And that wouldn't be a reason to re-migrate all the files to a new instance. With a little bit of diligence, you will be fine.

Install Terraform in the AWS CloudShell

I Have Good News And Bad News About Your Cloud Metrics

Denis Sinyukov
Hi! My name is Denis and I am a full stack engineer with 5 years of experience. I am an expert in architecture design and configuration. As well I am a skilled web and mobile developer.
Fun and Useful CLI Tools for Linux
#linux #programming #opensource #bash
Guide to TMUX - Terminal That Remembers Everything
#tmux #linux #opensource #bash
How to Securely Store Passwords with GPG & PASS
#security #git #cybersecurity #gpg

Once suspended, dnsinyukov will not be able to comment or publish posts until their suspension is removed.

Once unsuspended, dnsinyukov will be able to comment and publish posts again.

Once unpublished, all posts by dnsinyukov will become hidden and only accessible to themselves.

If dnsinyukov is not suspended, they can still re-publish their posts from their dashboard.

Once unpublished, this post will become invisible to the public and only accessible to Denis Sinyukov.

Thanks for keeping DEV Community 👩‍💻👨‍💻 safe. Here is what you can do to flag dnsinyukov:

Unflagging dnsinyukov will restore default visibility to their posts.