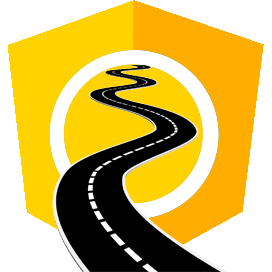 When I read Netanel Basal's article — “Best Route Forward — Declarative Route Path Management in Angular Apps”— I wanted to try out the solution to route path management described in the article right away in the apps I work on. The solution in Netanel’s article is intended to help with managing routes in large Angular apps. The idea is great! However, I quickly discovered that the solution does not quite work for the apps that have many feature modules with their own routes — i.e large apps. If these feature modules have their own lazy feature modules with their own routes, a single service class really does not cut it. Let me demonstrate what I mean using a simplified example.

Here is an AppModule with the following routes:

There are two lazy modules for routes “products” and “customers”. The Products module contains a feature module as well. Here are the associated feature route declarations:

A class with methods, like in Netanel’s article, works great for a flat route structure:

But what can be done with the routes for the lazy feature module? Below are three naive options that come to mind.

Create methods only at the top-level disregarding the nested nature of routes:

Here’s how it would be used:

This approach has some clear downsides:

Have the products method return an object to attempt to represent the nested nature of routes:

This feels a bit better, but there are still a few downsides:

This approach also lets the route be used like so:

Now, the ability to manage child routes in separate files is gained, but the ability to use Angular’s dependency injection has been lost! The following downsides still exist:

Long story short, I decided to create a solution that will keep all the benefits of Netanal’s solution and add the features I was looking for:

The @ngspot/route-path-builder library consists of a single abstract class — RoutePathBuilder. Here is how the new library will describe the routes using the hypothetical example from above.

With this setup, inject the AppRoutes anywhere in the app and use it!

The url and urlFromCommands methods return an instance of the AppUrl class. This class has the url and urlTree properties and a navigate() method. With this in mind, here’s how the AppRoutes service can be used:

Here’s how AppRoutes can be used in a route resolver:

The RoutePathBuilder provides a root() method that returns the AppUrl for the root path of a given feature module. For example:

The RoutePathBuilder also exposes two protected properties — router and injector. The router is there as a convenient way to access the router in case it is needed without having to inject an extra service in the component or service. The injector is also there to avoid providing dependencies in the constructor. For example:

I hope you find the @ngspot/route-path-builder library helpful. I wish you happy navigating!

👏 Special thanks to Ana Boca for reviewing, testing, and providing some of the code for this article.

🚀 In Case You Missed It

@ngspot has more goodies! For example, ngx-errors — an Angular-endorsed library for displaying validation messages in forms. More will be coming soon!

Follow me on Mediumor Twitterto read more about Angular and JS!

10 Important JavaScript Object Methods everyone must know in 2023

Dmitry A. Efimenko
Have a Day at the Spa working on Your SPA with Remote Data
#rxjs #javascript #angular #webdev

Once suspended, dmitryefimenko will not be able to comment or publish posts until their suspension is removed.

Once unsuspended, dmitryefimenko will be able to comment and publish posts again.

Once unpublished, all posts by dmitryefimenko will become hidden and only accessible to themselves.

If dmitryefimenko is not suspended, they can still re-publish their posts from their dashboard.

Once unpublished, this post will become invisible to the public and only accessible to Dmitry A. Efimenko.

Thanks for keeping DEV Community 👩‍💻👨‍💻 safe. Here is what you can do to flag dmitryefimenko:

Unflagging dmitryefimenko will restore default visibility to their posts.