I'm a big fan of a video game series called Danganronpa--a Japanese visual novel about Hope and Despair, and a "robotic bear" forcing students to kill one another.

The other day I came across a trailer for a game which I was hooked on right away because, as Reddit user u/Little-Big-Smoke commented,

Have to admit, that trailer indeed screams "Neon Danganronpa"

After doing some research, I learned that it's called Zetsubou Prison (Despair Prison), developed by Studio Wasabi, and is available for Android, iOS, and Windows but only in Japanese and Chinese.

I desperately wanted to play it... and that's what I've done.

How I played it

Being a Linux user (Kubuntu v18.4), I ended up downloading Steam and using Steam Play (Proton v5) to run the game on PC.

For some reason, the Steam version provides only the Chinese version.

Anyway, I used Google Translate's instant camera translation functionality (on my Android phone) to read the screen. (One could say I played "through the looking glass." #funny 🤦)

Google Translate does a surprisingly well job in translating from Chinese to English.
A few translation mistakes were obvious but I "mentally fixed them" from the context.

Although Chinese and Japanese use the same characters (kanji) to write names, they differ in pronunciation. This is why I sometimes would switch to Japanese to learn the characters' names and then switch back to Chinese to continue reading dialogues.

And that's how I played the first chapter of Despair Prison... like a savage... and I enjoyed it. 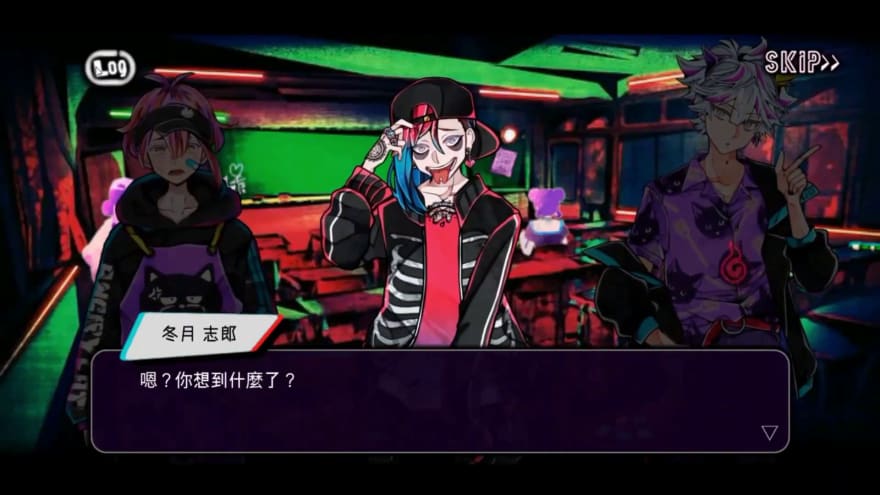 Precious bois, from left to right: Rui, Shiro, and Kisuke.

Shiro: "Huh? What did you recall/think of?"

Of the screen translator apps I tried, Tranit was the most promising one and which had the nicest UX.

Unfortunately, it didn't work in this game.

Since Tranit used Android accessibility features to read/translate the screen, I tried to use axe for Android to "debug" it but axe couldn't detect anything. I assume the game developers did what's equivalent to drawing using the Canvas API instead of using native and semantic elements.

Why not recreate the "instant camera translation" thingie on the desktop?

This works best for Japanese and Chinese visual novels and text-focused JRPGs with sparse animations and non-animated sprites.

Trick the Google Translate app into translating the screen for us:

So what did we learn?

I probably will not implement these solutions/ideas but I might update this post and add some diagrams to better explain them just because.

How to Recover BKF Files with ease?