Android Lollipop 5.0 was touted as the biggest change to the Android operating system yet. Having played around with it for a few months, I have to say it’s a bit ‘meh'. There are changes but they’re fairly minor compared to the things that they should’ve focused on - the things that are really broken about Android. 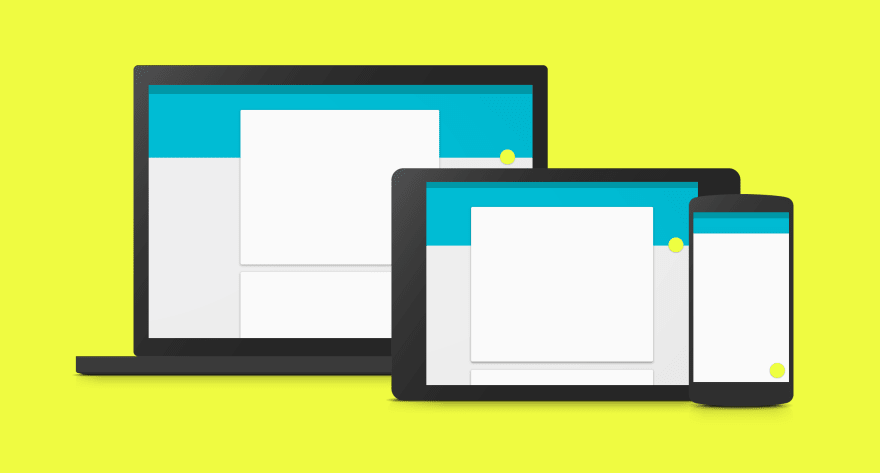 Material Design is probably the first thing you’ll notice and for the most part, yeah it’s a visual improvement - the colour scheme is a little ugly in some places but I do like the added animations and stuff. However, this is really just a visual thing - I’m more interested in functionality changes.

And really, the only new functionality I’ve found useful is the notification pane being displayed on the lock screen. Everything else wasn’t really that impressive.

_ Battery Life improvement _- did not notice an improvement at all on my Nexus 7 and as for the battery save mode, nearly every OEM skin already had something similar.

_ Smart Lock _ - Unless you have a smart watch, it’s a half solution that only works half of the time. It’s neither more secure nor more convenient than Apple’s Touch ID.

_ Screen pinning and Guest mode -_ It’s nice to know it’s there but I don’t see this as a killer feature - I bet most people won’t even use it or even know it’s there..

Android Beam on the share menu - this actually is an improvement. The old Android Beam was so clunky - and totally undiscoverable. Putting it on the share menu makes it a lot easier. At the same time, I really don’t think a lot of people will use it just for the simple fact that NFC has been out that long now and still hasn’t caught on.

So I’m not saying that the new features are not an improvement, I’m just disappointed that Google didn’t focus on things that really need to be fixed in Android and I’ll outline those below.

At this point in time, every Android app that is installed in your system has access to all your data on your phone. Yes, I know at time of installation, you’re supposed to read through a set of permissions and accept them but honestly who actually does it?

Having just a bunch of permissions shown only at installation time to protect user data is just plain not adequate. Most users do not know what permissions an app will need for its entire life on your device - and Google is asking users to decide whether to grant these permissions before they’ve even installed it.

So you have something installed on your phone, it could track you all day long if it wants. It can look through your contact list and photos etc. And maybe that app is Google Now or Facebook, and you’re happy for it to do that because it gives you functionality you want, but any random app that you install can do this. Any app can spy on you. You may trust or even want Google to have your data but look on your phone - look at all the random little apps you have - do you trust all these developers with your data?

Android 4.3 introduced App Ops - which was a hidden feature which allowed the user to granularly turn on and off permissions for each app. This was an experimental feature and whilst it could cause apps to fail without warning, it was pretty damn awesome. Unfortunately, Google decided to pull it from Android 4.4 Kit Kat and it has not been seen since. 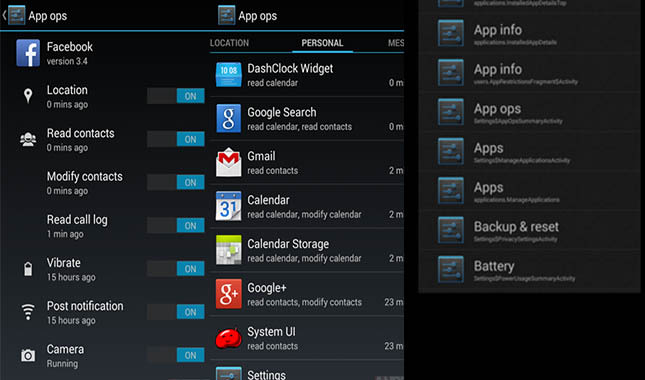 For example, for certain permissions such as accessing location data, iOS has the option to ask the user at the time it needs the permission. This provides much more context to the user than asking at installation time. I understand that Android apps are built on the assumption that the permission they’ve been granted are there, but Lollipop is a major revision - if developers can re-skin their entire app to work with Material Design - surely they can make their apps fail gracefully if they can’t access user location. Especially since user location isn’t always available anyway (eg. the user is in airplane mode).

In addition, there are already third party solutions that allow you to deny or fake permissions (Permission Denied, CyanogenMod's PrivacyGuard). Unfortunately, all of them require to get a custom ROM or root access due to Google's restriction. So a solution may be difficult but is not impossible. It’s a real shame that Google did not apply a little bit of effort on this front, especially since user privacy has become such a big issue as of late. 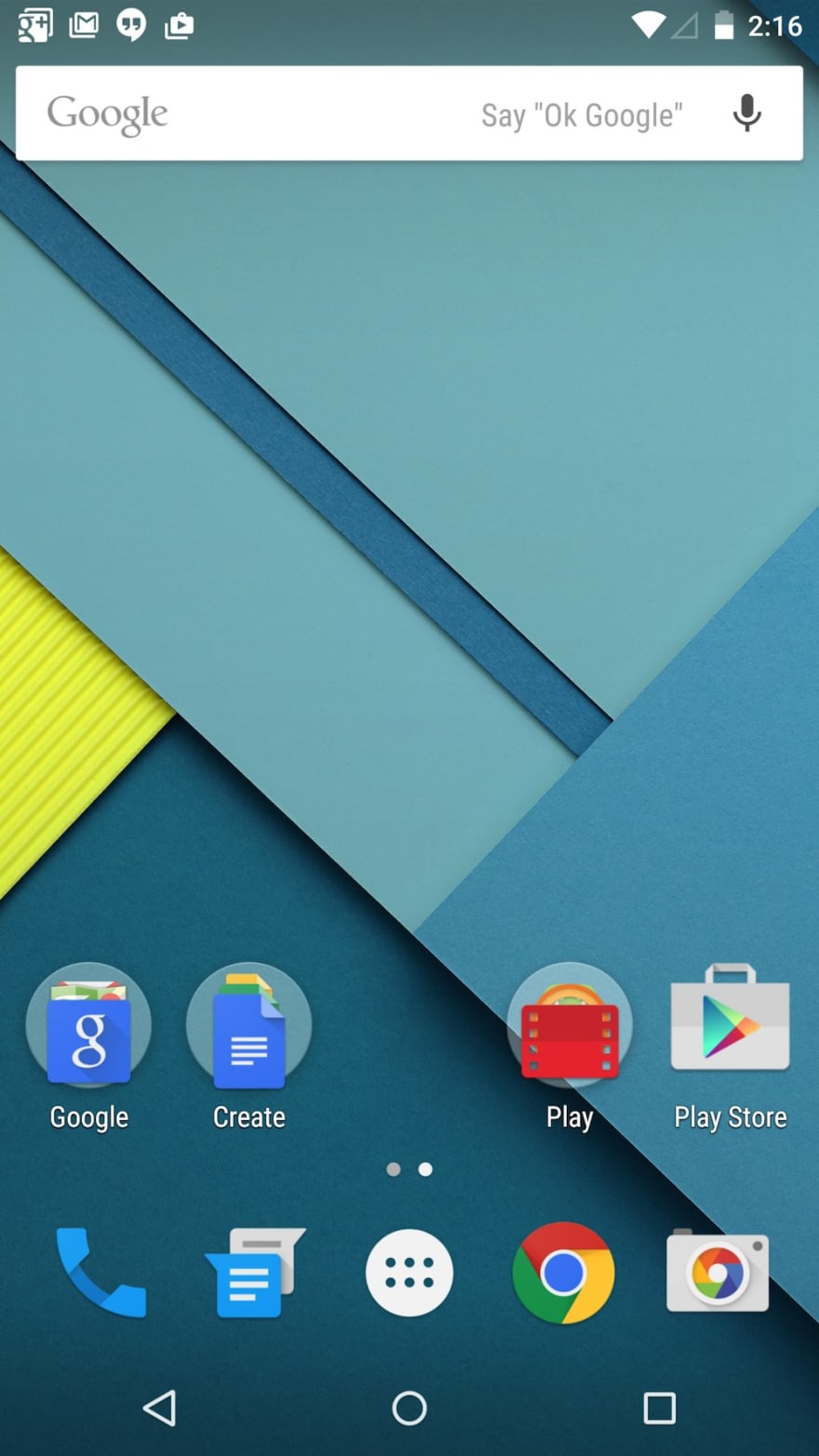 I have a love / hate relationship with the back button on Android. On the one hand, it’s one of the reasons I prefer Android over iOS (hey, it’s better than nothing). On the other hand, it’s so infuriating. I’d say 80% of the time, it does what I want - the other 20% it throws me to the home screen or somewhere unexpected and I have to find my way back to that screen again.

The problem lies in that the Back button can do a number of different things - it can either take you back to the app you were on before, take you up a layer on the app you’re on currently, or exit you out onto the home page. And it’s totally inconsistent and impossible to tell just by looking at the screen because it’s up to each individual app developer to decide how it behaves.

Now I’m not a UX expert so I don't know what the solution is. There are some existing proposals out there that I think are interesting. I just know that in the current state, it’s not intuitive, it could be better and fixing it WOULD be a killer feature for Lollipop.

Non-Lollipop-specific features that could be improved

I suppose if I’ve come this far to write this article, I might as well get the rest of my Android gripes off my chest...

Google Now keyboard not showing up by default

I like how if I swipe up on the home button, I get straight to Google Now. I hate how I got to actually tap the search box after I get to the Google Now screen for the keyboard to come up. If I use that gesture to get to Google Now, the keyboard should show up automatically.

Yes, it’s a small thing - it’s one tiny extra step. But in my mind, it’s a big thing - cause tiny extra bits of friction on features that are used all the time add up. That’s why Lollipop's notification on the lock screen is useful. It removes a lot of friction from having to unlock the phone etc. and makes the notification more useful.

In terms of accessing the functionality, Apple's Spotlight Search is implemented much better - just swipe down, and you immediately get the keyboard and search.

There was a time when Google Maps was quite slick. Then came version 9 and I don’t know what they did with it - I heard they re-wrote it in WebGL or something. Whatever they did, it just made it really slow.

It takes like 5 seconds to even start up on my HTC One M8 and it’s sluggish. If you’ve totally gotten used to how bloated and sluggish it is, download waze and see how slick it is compared to Google Maps. That’s how Maps worked before version 9.

If there is anything you want to see for Android or if you disagree with the suggestions I’ve mentioned, please mention in the comments below.

Plane Detection with ARCore and Unity

Wai Liu
Been in IT a long time, and a geek at heart. Love getting to mess around with new tech. Right now, my interest lie in the Azure and Power Platform space.
What does being a senior mean to you?
#discuss #watercooler #career
What's your most used JavaScript framework?
#javascript #webdev #discuss #react
Pitch me on TypeScript
#discuss #typescript #javascript #pitchme