About me, I am an Information and Communication Technology student at University of Science and Technology of Hanoi (USTH). At the time of writing, I am 20 years old, studying last year at USTH.

Why do I install Ubuntu?

I just want to do it for fun. In fact, I have WSL installed on Windows and I use it daily.

How do I install Ubuntu?

Since I am not good at dual-booting, I have read this article on Itsfoss to know how to carry out the process

I have successfully installed Ubuntu 20.04

What do I encounter during the installation?

After installing Ubuntu, the device should show Purple things to choose Boot Manager. In contrast, it goes right to Grub terminal 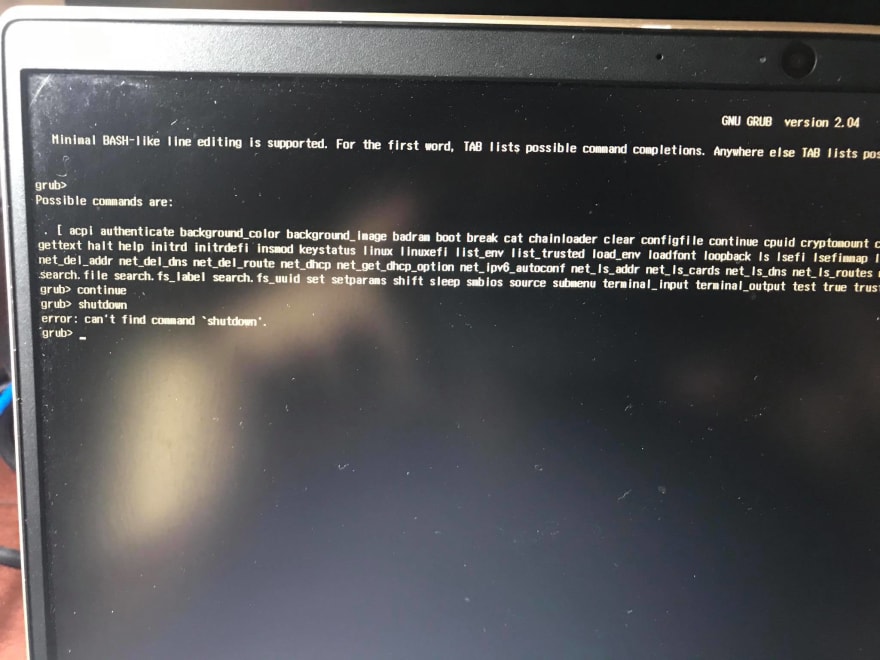 🤔 So I tried cmd reboot then I realized I just need to exit it. It goes to UEFI to choose booting sequence then back to Purple screen.

How do I customize Ubuntu?

After a morning of configuring 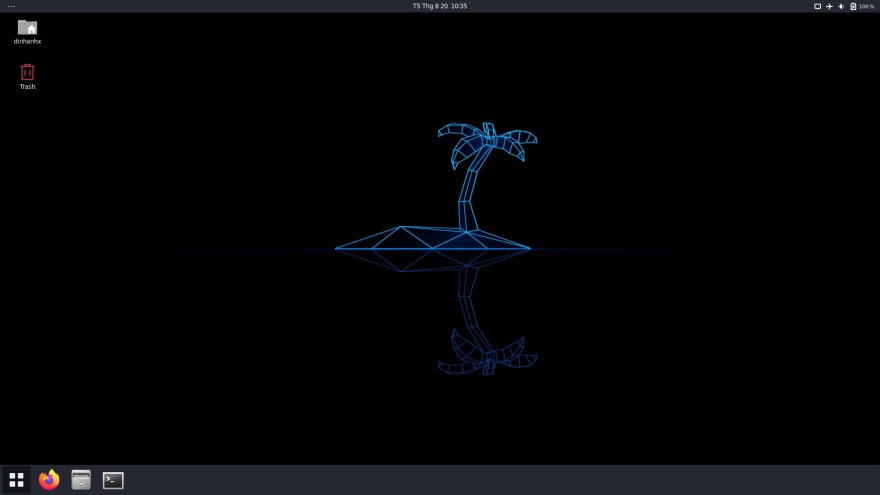 Then I missed KDE so much, I switched to that. (🤣 Should have installed Kubuntu at the first place).

After an evening of configuring 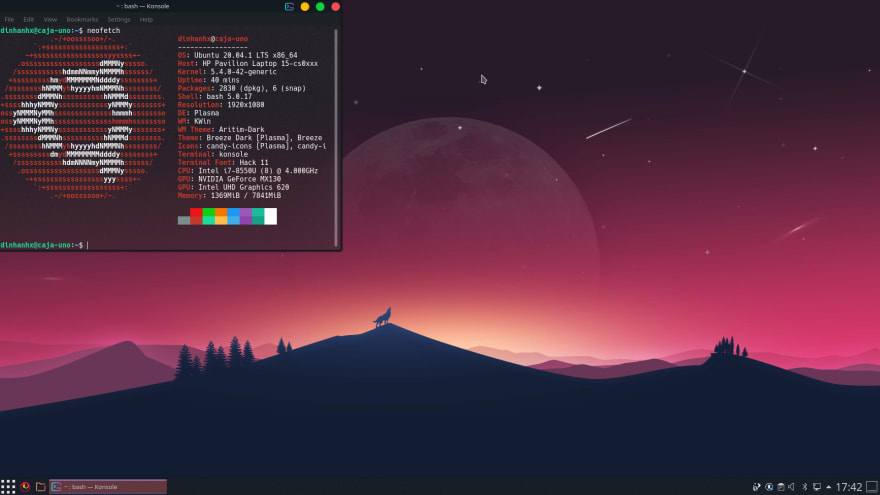 After a night of configuring 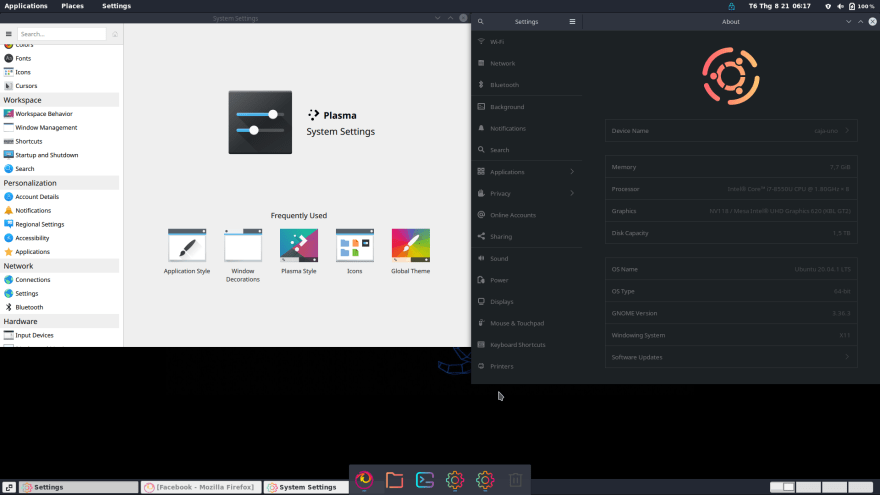 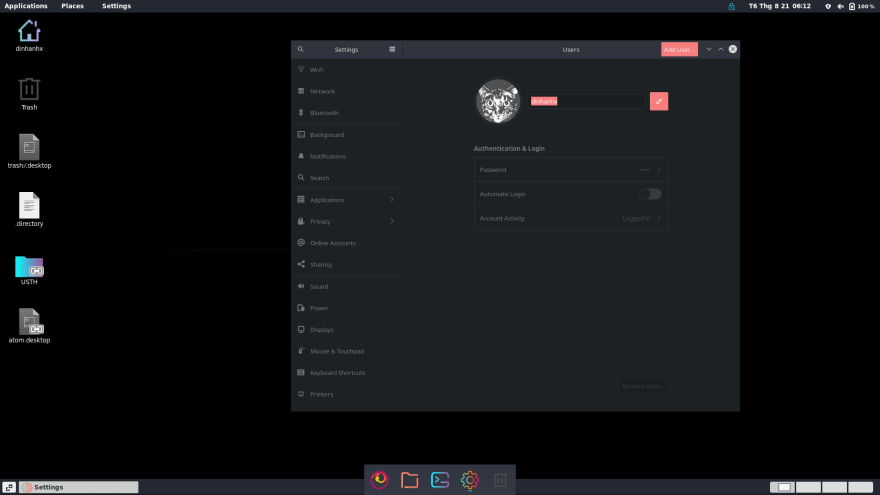 I f*c*ed up it. Now I had KDE and Gnome at the same time. It literally has everything.

(W in Windows stands for Weird)

I managed to fix it, back to former state. And now I am using Windows to post this blog. 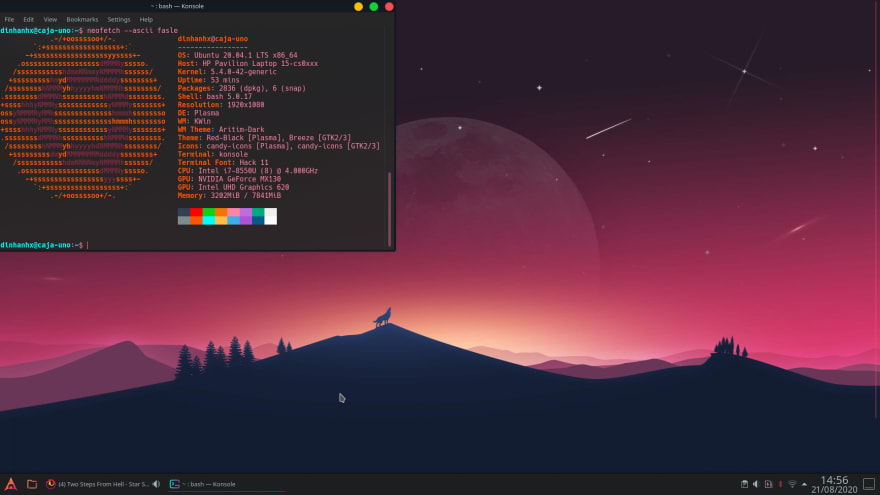 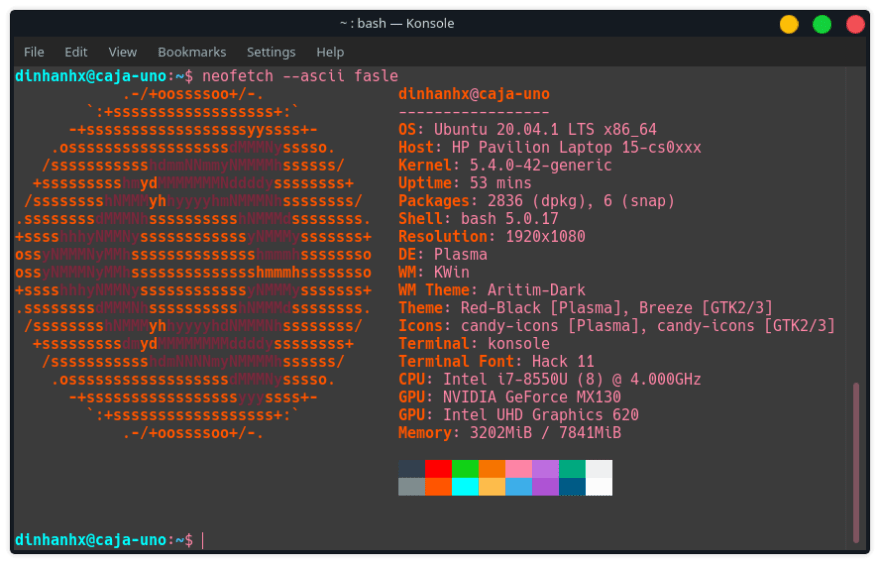 Docker Desktop for Linux on Ubuntu 22.04

How to Install Laravel on Ubuntu 20.04 LTS

Once suspended, dinhanhx will not be able to comment or publish posts until their suspension is removed.

Once unsuspended, dinhanhx will be able to comment and publish posts again.

Once unpublished, all posts by dinhanhx will become hidden and only accessible to themselves.

If dinhanhx is not suspended, they can still re-publish their posts from their dashboard.