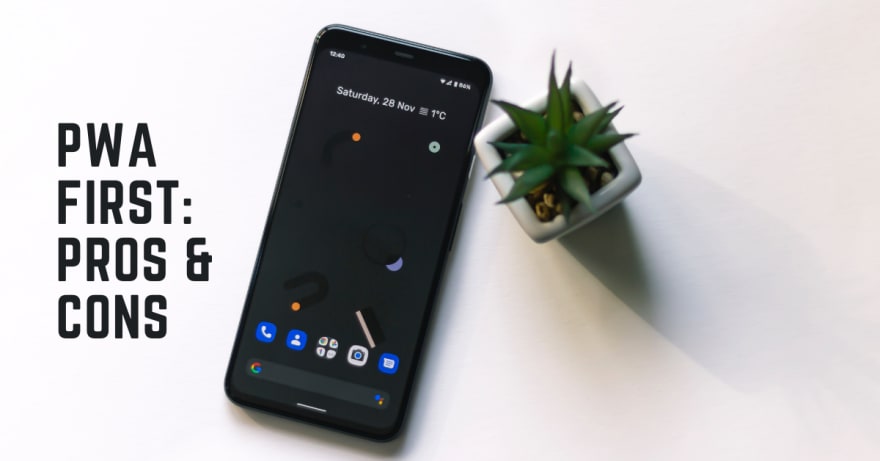 A couple of years ago the Mobile First strategy was a priority for the majority of eCommerce companies. Nevertheless, everything changes very quickly, and recently the Mobile First was replaced with the PWA First approach.

PWA First is a concept that implies in developing a progressive web application as your entry into the market instead of building an iOS or Android mobile app.

In some ways, the PWA First can be considered as a form of the Mobile First, but it’s not limited to a single platform or an app store.

The main difference between PWA and a native mobile app is that PWA can be released on the web and it also doesn’t have to be installed. It means that online users can easily find a PWA and get fast access to it.

Let’s investigate if the PWA First is a good solution exactly for your online business.

If you want to offer your customers exceptional mobile experience, you shouldn’t give up on the PWA idea. To learn more about it, you can visit this article that describes all basic aspects of Magento PWA development.

Adding the Progressive Web Application (PWA) to an Angular application

angular pwa: how to implement pwa for angular application

Once suspended, dinarysgmbh will not be able to comment or publish posts until their suspension is removed.

Once unsuspended, dinarysgmbh will be able to comment and publish posts again.

Once unpublished, all posts by dinarysgmbh will become hidden and only accessible to themselves.

If dinarysgmbh is not suspended, they can still re-publish their posts from their dashboard.

Once unpublished, this post will become invisible to the public and only accessible to DinarysGmbH.

Thanks for keeping DEV Community 👩‍💻👨‍💻 safe. Here is what you can do to flag dinarysgmbh:

Unflagging dinarysgmbh will restore default visibility to their posts.