Given how vast the web development world is, It will be a shame if you haven’t used tailwind CSS and SASS on your project.

I have been using Sass for a long time now and have recently optioned to try out something new for my styling.

I couldn’t resist trying the new CSS framework that has been causing quite a stir in the styling community.

Although I was really excited by what this new framework is offering. I decided to practice caution and do a little digging before switching to another shining thing.

Today I intend to share all I have discovered and the difference between the Tailwind CSS and Sass. You might ask why do you need to know their difference.

One of the reasons will be to enable you to implement them better for your projects.

What is Tailwind CSS

Tailwind CSS is highly customizable and has all the building blocks necessary to build any design you wish.

What makes this Tailwind CSS so unique is that it does not impose design specifications. It allows you to combine components to create designs without any opinionated styles to override.

Being an extension of CSS serves as a preprocessor that is compiled into Cascading style sheets. Every front-end developer should learn this first before trying out the tailwind CSS.

This is only my opinion. SASS gives developers some advanced features for writing CSS such as variables, loops, and nesting.

Difference between Tailwind CSS and SASS

SASS (Syntactically Awesome Sheets) has powerful features that are not available in vanilla CSS. These features allow you to use tools such as variables, mathematical operations, loops, functions, imports, and many other functionalities.

We won’t go into details about what all these functionalities can do in this article. However, Tailwind CSS doesn’t have these features.

There have been instances you will be working on your markup, creating headers or p’s and you will need to add some styling.

You will likely forget the class name you gave your element when you switch to your style sheet. The continuous switching from one file to the other makes it inefficient to your work and wastes time.

The markup and styles are necessary for our project development that one can’t do without the other.

In using SASS, this inconvenience is constantly witnessed. While in tailwind CSS everything you need is in one file. This enables you to work faster and much more efficiently.

One of the hardest things we developers face when building stuff is naming them. It gets frustrating when we have to name every single class of every element you need to style.

We may not want to mix inline styling and stylesheet. This may result in us coming up with names for almost every class we create.

When working with SASS we face this problem constantly. This causes the clashing of class names and will result in our layout coming out wrong.

This means we cannot reuse classes which makes it frustrating to work with. However, in using Tailwind CSS you don’t need to worry about classes clashing or coming up with your own Classes.

You can now focus on building the elements with the utility classes provided by the framework. This saves time and increases efficiency.

Although Tailwind CSS saves us time and makes it easier to makes changes to our markup file, it is difficult to read. This is especially noticeable when there are so many different classes used in the markup file.

However, SASS has a feature called bundlers. This helps to split your SASS into files. It makes your SASS files more organized and maintains CSS.

The dilemma of whether to choose Tailwind CSS or Sass really needs to be resolved before you can start developing your project.

In this article, we explored the difference between Tailwind CSS and SASS. This will help you decide which one to use for a particular project. 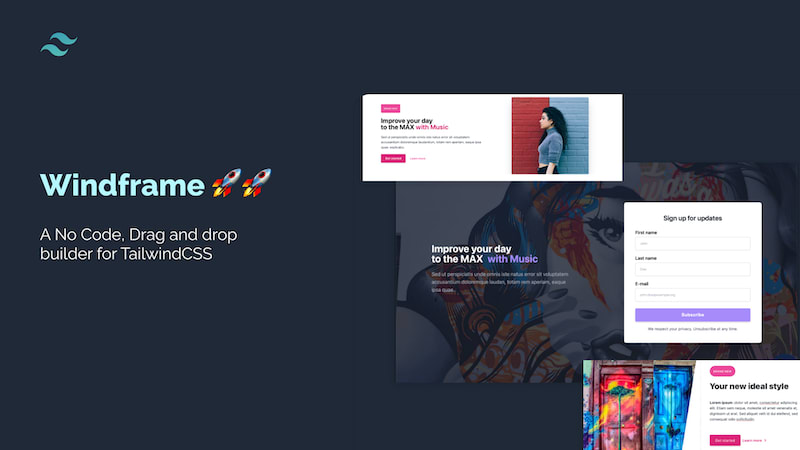 Should I Upgrade to the “Mainline” Kernels in Ubuntu?

Wireless Card Realtek rtl8723ae-BT Is Not Recognized in Ubuntu!

Devwares
Resources and tools to aid developers during development
Tutorial: CSS Fonts How to create a beautiful datatable with icons using bootstrap and Contrast on React. CSS Text and Layout