Today we're shipping some small UI changes for the home page. Let us know if you can spot any bugs or issues since changes might have affected other views too.

A couple weeks ago the DEV team started looking into possible improvements for the DEV home page. We asked you for feedback and opinions and OMG my product designer soul was like 🤩🤩🤩🤩🤩🤩🤩

TL;DR of what happened

We had this idea to do a home page makeover. You gave us tons of input around what we should be focused on, tons of ideas for features and improvements, and tons of great feedback. Here's a bit more detailed recap: 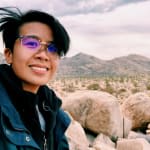 Follow-up: your feedback on the home page 👋🏼

For the Home Page itself, we decided to split our efforts into three separate "projects": 1) Low Hanging Fruits, 2) Feed Improvements, and 3) North Star Vision.

Today we're super pumped about shipping just a tiny bit of what we have planned. We made some small UI optimizations that are mostly visible on the home page but also on other views. Some of the improvements include:

...I guess we could call it "DE-RANDOMIZING DESIGN". That would be a catchy title for a DEV post, huh?

It's technically not much but visually, it may feel different. Give it a couple days to get used to it. And remember it's just a first step.

What you may notice 👀

This update is more minimalistic, and may even look less DEV-ish. Some of you pointed out that that DEV’s eclectic, glitchy & imperfect style is 100% on-brand, so why does it look like we’re scrapping all of that? Don’t worry, we see this. Although we love this “style”, a lot of it is caused by lack of rules and guidelines especially in design. We’re cleaning it up now so that we can re-incorporate more of the DEV brand of “organized disorder” over time. Plus, this will let us build great features and improvements efficiently in the future. Trust us when we’re saying that your initial impression will just be a temporary feeling.

Of course, we still want your feedback. If you see any issues or bugs, please let us know either here or in GitHub.

We're also looking at some metrics to see if we didn't screw up anything. If we notice that "omg signups went down by 50000%" then we do git revert or whatever you do in that case (hey, I'm not a developer!). Also, I could be fired then 🤷‍♂️.

This is just a very first step towards where we want to be. The whole team is working pretty hard at defining that North Star vision, not only in terms of features, but also in UI.