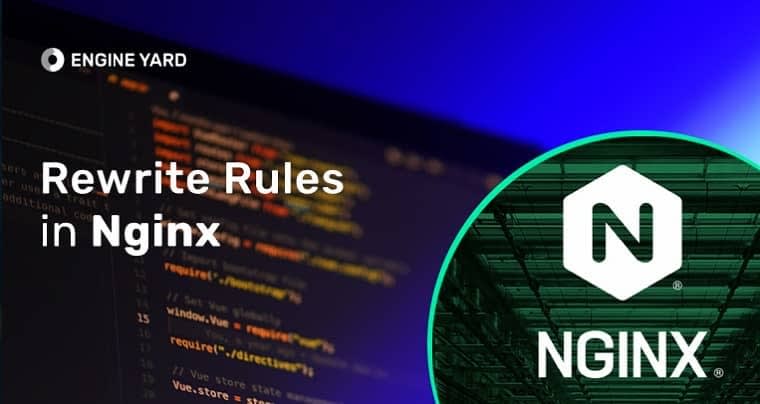 Rewrite rules modify a part or whole of the URL. This is done for two reasons. First, to inform clients about the relocation of resources, and second, to control the flow to Nginx. The two general-purpose methods used widely for rewriting URLs are the return directive and the rewrite directive. Of these, the rewrite directive is more powerful. Let's discuss why it is so, as well as how to rewrite the URLs.

Having a better understanding of NGINX will make it easier to follow this blog.

Return is the easiest way to rewrite a URL declared in the server or local machine.

Suppose your site is migrated to a new domain and all existing URLs are to be redirected here; run the below code to direct any new request to your site.

This directs all requests that hit www.previousdomain.com to www.currentdomain.com. The www.previousomain.com will send out a '301' error as soon as the above code is run, and a new access request is generated. The two variables, $scheme, and $request_uri, get data from the input URL. 'Listen 80' indicates that the block applies to both HTTP and HTTPS requests.

If you want to redirect pages in place of a complete domain, you can use the return directive under the location block.

Knowing how to create the Nginx rewrite rules can save a lot of your effort and time.

The regex is a regular expression that matches against incoming URI.

The replacement_url is the string used to change the requested URI.

The value of the flag decides if any more redirection or processing is necessary.

The line location = /tutorial defines that any identification of the tutorial is to be replaced. The rewrite command says to replace the phrase within notations ^ and $ with 'new_page.html' and then break the command. The notation '?' is termed as a non-greedy modifier, after which the pattern search is stopped.

The line location = /user.php asks Nginx to check for the prefix'/user'. As said earlier, the Nginx will search for phrases between the start and end notations as ^  and $ along with the non-greedy '?' modifier. The phrase in our example is a range of users. It is mentioned inside the square brackets as [0-9]+. The back-reference in this expression is noted within the parenthesis and is referred to by the $1 symbol. So, for our example, the rewrite will happen for all users automatically.

One special case under the dynamic reference is the multiple back-references.

Now, we have discussed how to write the rewrite rules for simple and complex URLs.

Understand the detailed working of rewrite rules through some examples handling various scenarios.

Let's analyze both directives by comparing them and find out why the rewrite derivative is more powerful.

For example: return 401 "Access denied because the token is expired or invalid";

How to Add Preloader in HTML Page