At a Java development project, you'll have plenty of options to choose from when it comes to frameworks. You might have heard of some, and others may be new to you, but the fact that there are so many available makes it hard to figure out which one might be best for your team or project.

In this guide, we'll walk you through fifteen of the best Java frameworks currently available, so you can analyze & determine which one will work best with your needs. In no particular order:

Let’s explore them in detail 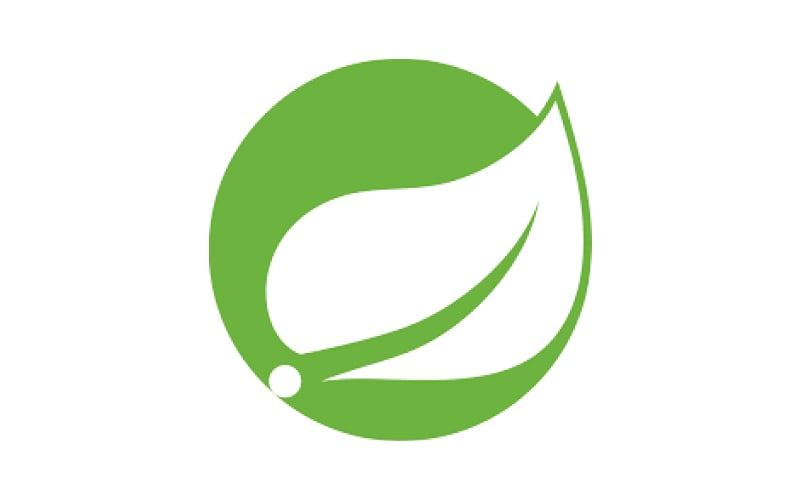 Developed by SpringSource, Spring is an application framework that Rod Johnson wrote with flexibility in mind. Unlike many other frameworks before it, Spring wasn't explicitly designed for one type of application or development style.

Instead, it's adaptable enough to work across different architectures and types of applications. To achieve its flexibility, Spring gives developers a wide range of programming options. 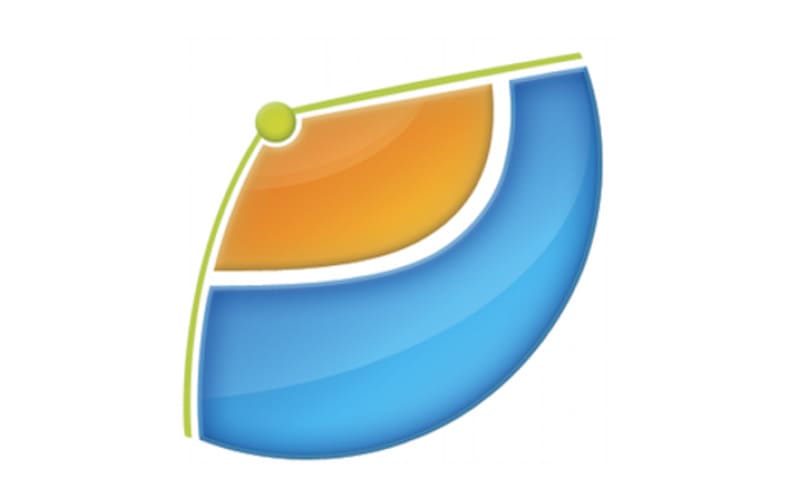 This framework, built by Sun Microsystems, was once used to create interactive web applications for desktop users. Later on, the development team scaled it down to suit mobile device technology. It is used to construct dynamic HTML user interfaces that are very similar to desktop applications.

The functionality of these systems includes custom commands and page navigation capabilities, known as action commands. JSF is currently one of four standards included in Enterprise Development Projects under Oracle Development environments.

It creates a standardized approach to many projects on different devices with different operating systems. These include mobile phones, standard computers, and extensive business servers with complex operating system structures. 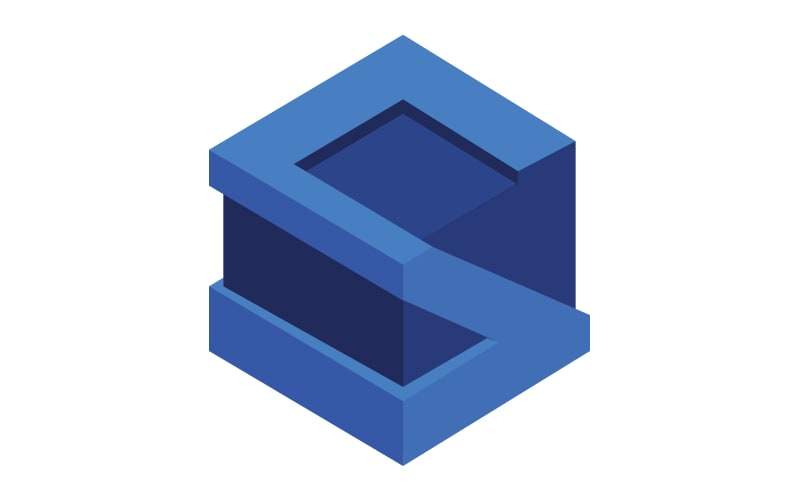 Apache Struts is an open-source application framework for developing Java EE web applications. It was initially created by Craig McClanahan and donated to the Apache Software Foundation in 2000. 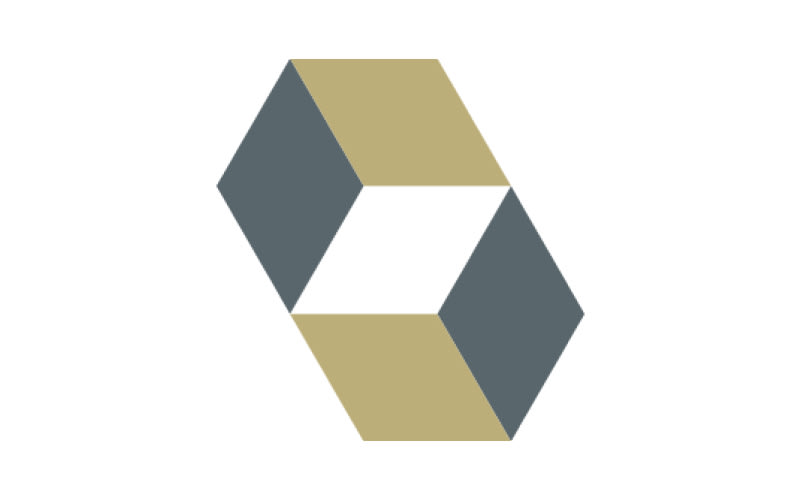 Hibernate (sometimes called Hibernate ORM) is an object-relational mapping (ORM) framework for JVM-based programming languages. Hibernate provides database abstraction and gives your applications a uniform data access layer, making it possible to swap databases without having to rewrite every line of code that uses them.

It also provides lazy loading of related data, cache support, primary key generation, and more. To start using Hibernate, you have to specify which database you're using in your application configuration file, then write Java classes that represent your tables in terms of objects with methods for storing/retrieving information from/to those objects. 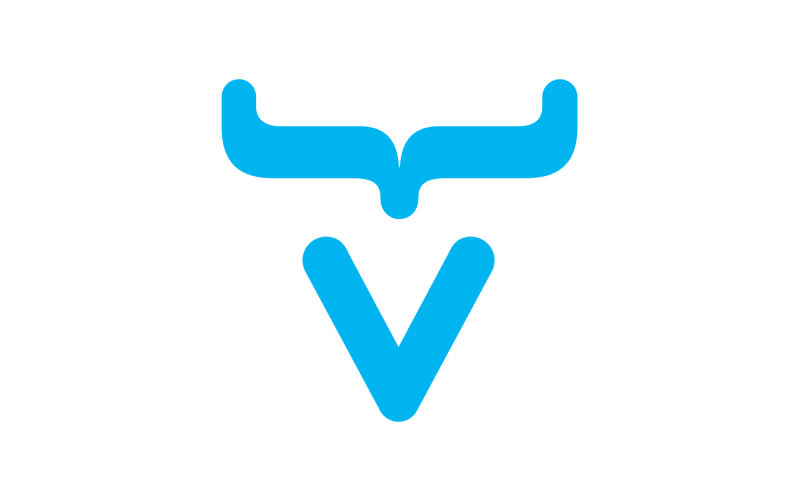 The Vaadin framework is a client-side, open-source web application framework that is compatible with all major browsers. It is built on top of Google Web Toolkit and thus delivers rich features in a fast and reliable way. While it mainly makes modern web applications and business dashboards, it can also create animated desktop applications in Java.

Available under the LGPL license, Vaadin brings in many benefits to both businesses and individual developers. The wide range of supported browsers enables you to reach larger audiences. At the same time, its unique UI components give you plenty of opportunities to add high-quality design elements to your apps. 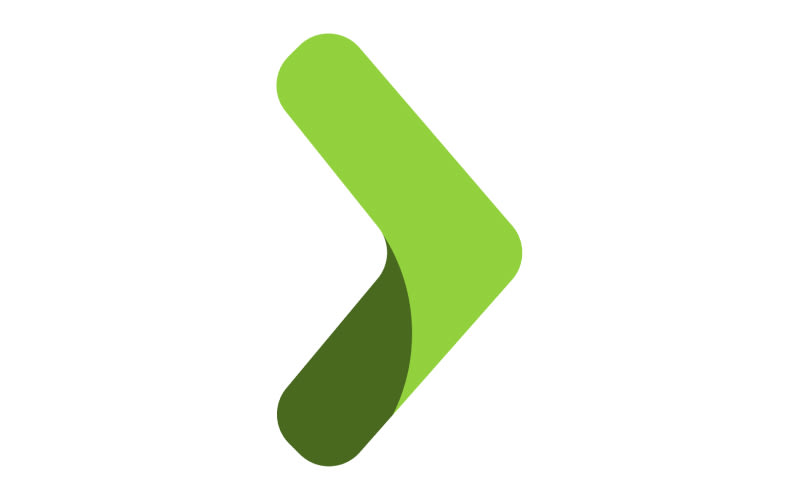 Play is a high-productivity web framework for Java and Scala. Play is based on a lightweight, stateless, web-friendly architecture. Built on Akka, Play provides predictable and minimal resource consumption (CPU, memory, threads) for highly-scalable applications.

Leveraging both HTTP and HTML5 WebSockets, Play Framework offers developers an easy way to build scalable real-time apps in Java & Scala. For that purpose, it takes care of many low-level details such as connection management and protocol implementation so you can focus on business logic instead of dealing with infrastructure code.

And thanks to its reactive programming model, Play provides developers with tools for asynchronous programming in a simple manner, so your code remains clean when it comes to event handlers & callbacks without much boilerplate or repetition. 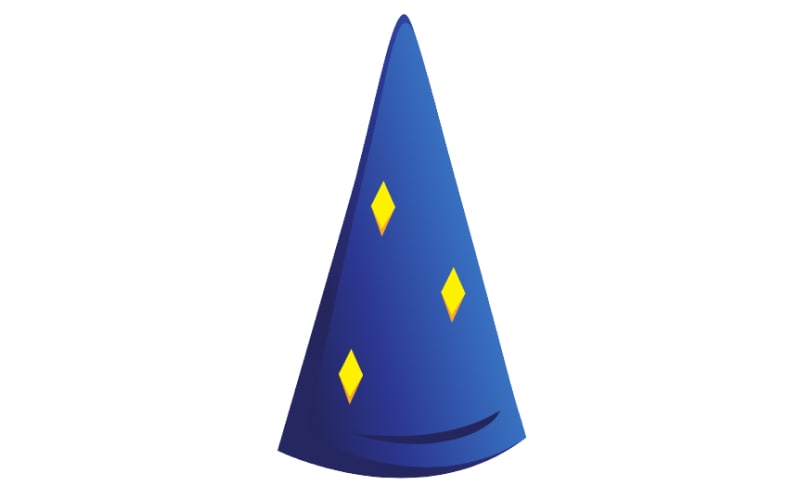 Dropwizard is a new framework that helps you build simple, high-performance, RESTful web services with minimal effort. It borrows ideas from other frameworks and packages them together in a simple, coherent whole. If you are familiar with JUnit or Maven, then you will feel right at home using Dropwizard.

The code samples are available in both Java and Scala. Don't worry if you are not familiar with either of these languages because it should not take long to become acclimated to them. 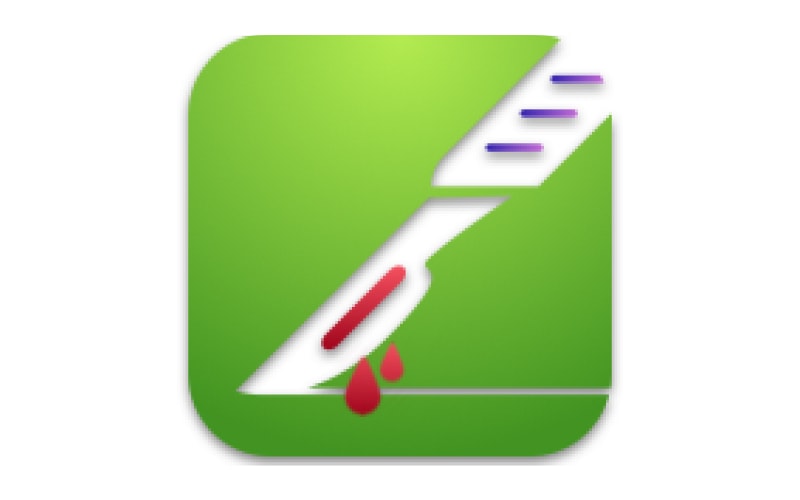 The Blade is a minimal, open-source framework for creating modern web apps using Groovy on top of any Servlet container. The Blade extends Groovy with support for annotations and domain-specific languages that make it easy to build highly expressive APIs quickly.

At its core, Blade is inspired by Spring MVC's template model but also allows developers to leverage Groovy features like builders, meta-programming, AST transformations, and dependency injection to improve productivity without sacrificing power or performance dramatically.

It provides full support for annotation-based or convention-over-configuration style development with an intuitive DSL that allows you to create dynamic HTML views directly from your controller code. 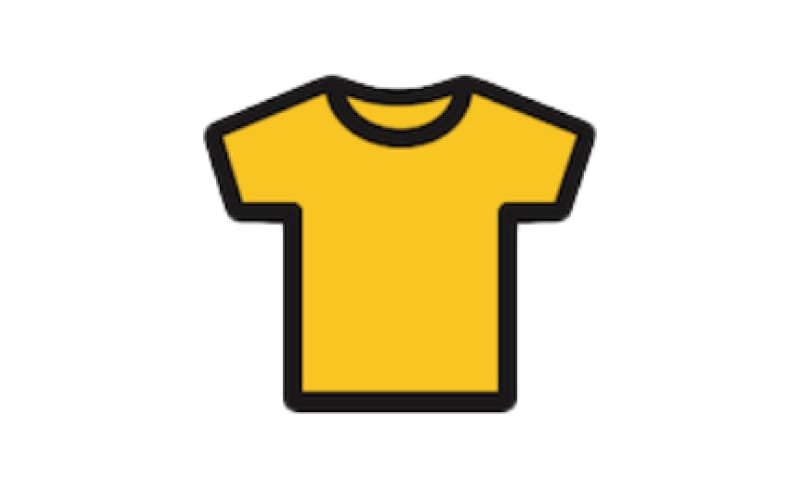 The complete source code for Jersey is available under an Apache 2 open source license, and there are no runtime dependencies on third-party libraries. 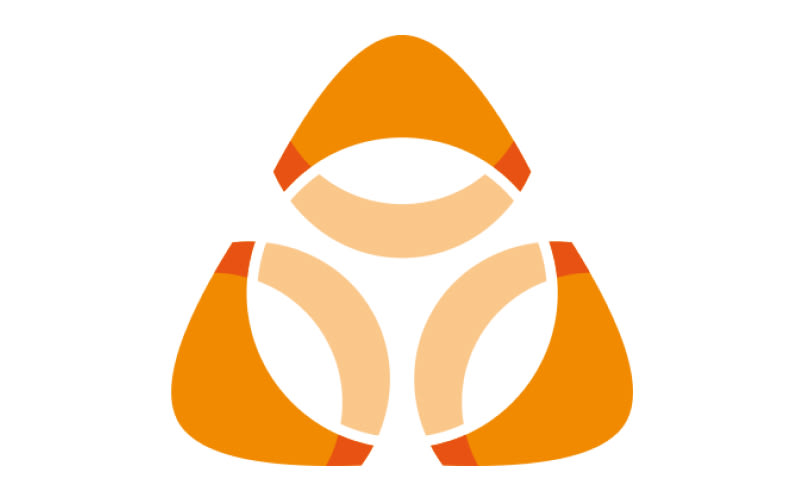 While other popular frameworks, such as Spring and Hibernate, we can't talk about modern Java frameworks without discussing OSGi. If you've been into Java development for a while, you've probably heard about OSGi. It is one of the most influential & flexible open-source frameworks for developing distributed applications.

The underlying framework allows components to communicate with each other in very flexible ways by enabling them to publish services for others to consume. This functionality has made it extremely popular among developers over time and makes it one of our top 15 best java frameworks list. 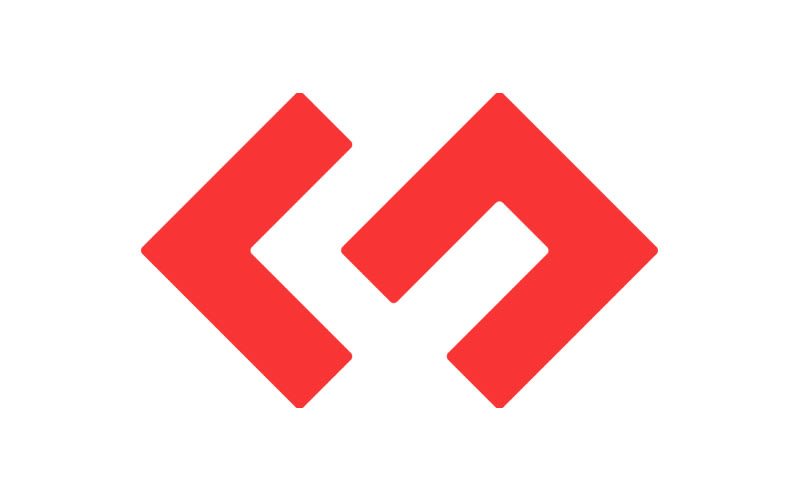 Google Web Toolkit (GWT) is a set of tools that allow you to use your favorite programming language to quickly build complex web applications without having to worry about configuring servers or writing JavaScript code. It also allows for high-speed development by compiling .java files into .gwt.HTML pages at run time.

Google Web Toolkit is handy when you're building AJAX applications with your favorite IDE—like IntelliJ IDEA, Eclipse, NetBeans, and more. GWT was initially designed for Google's internal use, but it was released as an open-source tool under Apache 2.0 license in 2006. 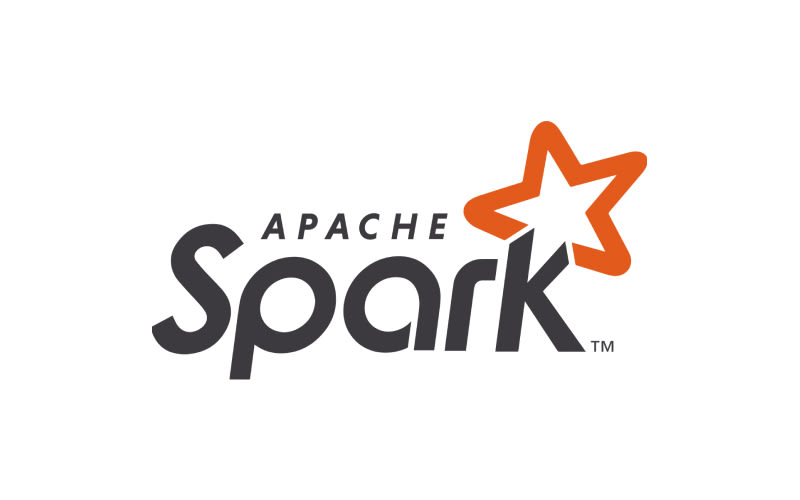 Apache Spark is a modern, lightning-fast framework that allows developers to work in a multi-paradigm and build fast and efficient programs in various languages such as Scala, Java, and Python. It has diverse functionalities in machine learning and data analysis, streaming data, etc., with high performance on Hadoop and non-Hadoop environments.

Additionally, Spark has high flexibility for Hadoop users because of its compatibility with other powerful technologies such as SQL and NoSQL databases. It enables programming in JVM languages such as Scala or Java with support for structured sources like Hive tables or SQL databases through RDD (Resilient Distributed Datasets). 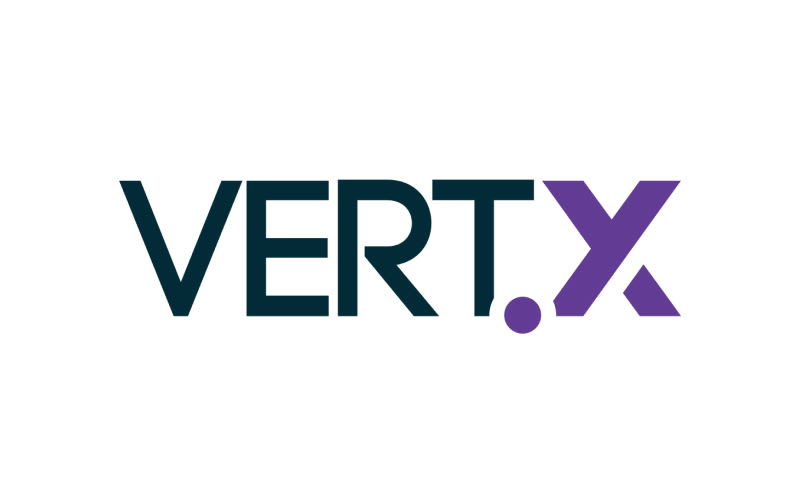 Vert. x is a tool for creating reactive web applications in Java and Scala. You can also use it to replace RESTful calls with no network latency, ideal for data streaming applications, NoSQL databases, and large-scale distributed systems.

Vert. x gives you all you need to build an event-driven application, allowing you to develop using asynchronous non-blocking input/output (NIO) APIs by utilizing many frameworks such as Netty or Jetty.

The Framework itself abstracts away thread management and synchronization issues, giving you a more straightforward way to work with concurrency issues in your code. 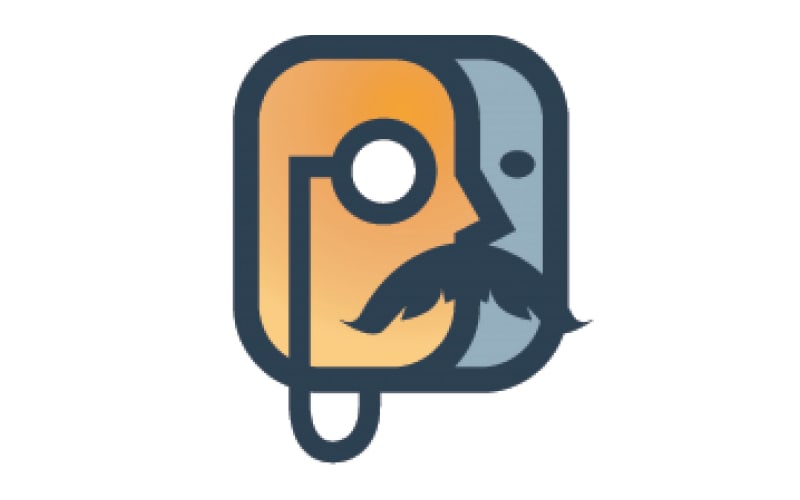 As a complete MVC solution, Richfaces works well with many Java applications. Since Richfaces is an open-source project hosted on Google Code, developers are encouraged to contribute to its development by reviewing existing code or submitting their additions. 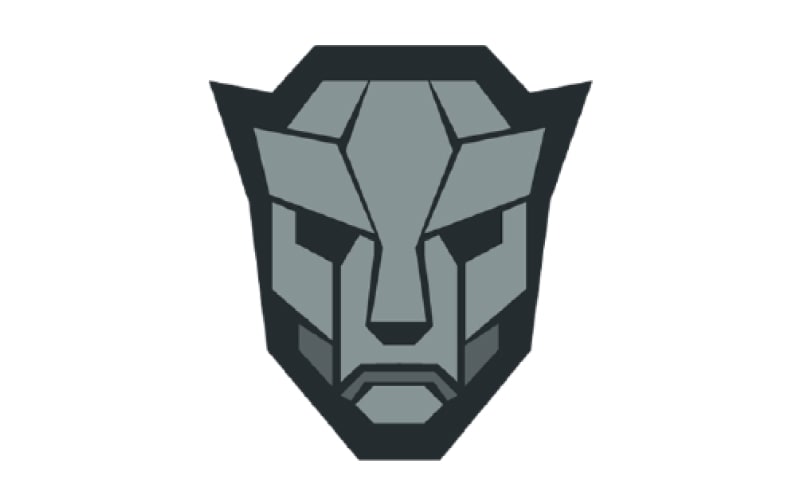 The latest version of PrimeFaces is 5.1, released on July 9, 2017, along with seven more bug fixes and improvements since the previous release of the 5.0 version. Just like other frameworks available on the Java ecosystem, it's an extensible framework using a plugin system that employs more than 20 open source libraries like jQuery or Google Guava.

Final Words
It's clear that there are many different frameworks for Java developers to use, but one stands out above all others. Spring offers developers a flexible environment that helps them build robust applications that can scale quickly as your company grows. Spring Framework 4 was recently released and brought many improvements over version 3.

For example, it's possible to write code once and run it on both Servlet containers and Web servers using the new JavaServer Faces technology introduced in version 4.

Also, with dependency injection to manage dependencies between classes, you can make adjustments easier by simply adding or removing components without disrupting existing logic.

Because of these features, we've decided to give Spring Framework 4 our highest recommendation as to the best Framework for creating enterprise-level web applications with Java.

Question: What is a framework?
Answer: A software framework is an abstraction in which software providing generic functionality can be selectively changed by additional user-written code, thus offering application-specific software.
Programs written in a low-level language, such as C, often lack pre-existing software libraries that provide proper functionality. In other cases, programmers may find it challenging to utilize existing libraries because of political reasons or simply a compatibility issue with different library versions.
In both cases, using a framework allows one to develop applications without reinventing or customizing core services or common infrastructure.

Question: How can I choose the best Java Framework?
Answer: The purpose of a framework is to simplify development by standardizing components that are complex or time-consuming to create. Developers can focus on what makes their application unique rather than reinventing wheels every time they start a new project.
Each Framework has its strengths & weaknesses, but here are some things you should consider when making your choice: platform support, community, accessibility, documentation, ease of use, longevity, and maintenance.
Some frameworks work better for enterprise applications, while others are more appropriate for smaller businesses with fewer technical resources. A few aren't even geared toward business applications at all - they're targeted for use in particular markets like gaming or robotics.

When it comes to using frameworks, ask yourself these questions:

What does it bring to my team?
Do I have time for it?
Is my current process streamlined enough to make room for another framework?
And finally, if you're looking into new technology or processes in general (even something simple like replacing an older printer with a newer one), talk with your team and get their buy-in before implementing anything new.

Question: Why have frameworks become an invincible part of the development projects?
Answer: A framework is a way to structure your code. It's a sort of skeleton, with all of its joints already put together for you. If you're working on a non-web project, several good frameworks for various languages will help keep your code organized and help you develop more quickly.
In my experience, they also enable teams of developers to work together more effectively by providing a standard set of protocols and procedures across each member.

Question: Is Spring an open-source framework?
Answer: Yes, Spring is an open-source framework. The project was created by Rod Johnson in 1999 and hosted on SourceForge. It went fully open source in 2005, after which it quickly became one of the most popular frameworks for enterprise applications development. And since then, it has only enhanced its relevance and popularity within organizations both large and small.

Devesh Chauhan
I am a digital marketer and a content writer.
What is the difference between Node.js and React?
#node #react #programming
Which JavaScript Framework is Better for Your Project?
#javascript #programming #tutorial #react