DevOps specialists play an important role in driving DevOps culture and are often evangelists. But who are DevOps specialists and what else do they do? These practitioners are relatively uncommon, with only 5% of developers in our 18th Developer Economics global survey identifying as having this job. This lack of evangelists and experts may be an important factor limiting the culture shift throughout organisations.

Finding professionals with diverse skill sets to occupy these roles may be contributing to the low number of DevOps specialists. One of the keys to successful DevOps implementation is merging of cultures, so it is important that professionals driving the process have an understanding of and empathy for how both IT and developers work.

DevOps specialists are also much more likely to be architects, administrators (both data and system), engineers and testers. These skills play an important role in the implementation of DevOps. Architects are needed to automate processes, administrators are required to manage release schedules and testers and QA engineers are needed to test software as it moves through each step of the iterative development process. 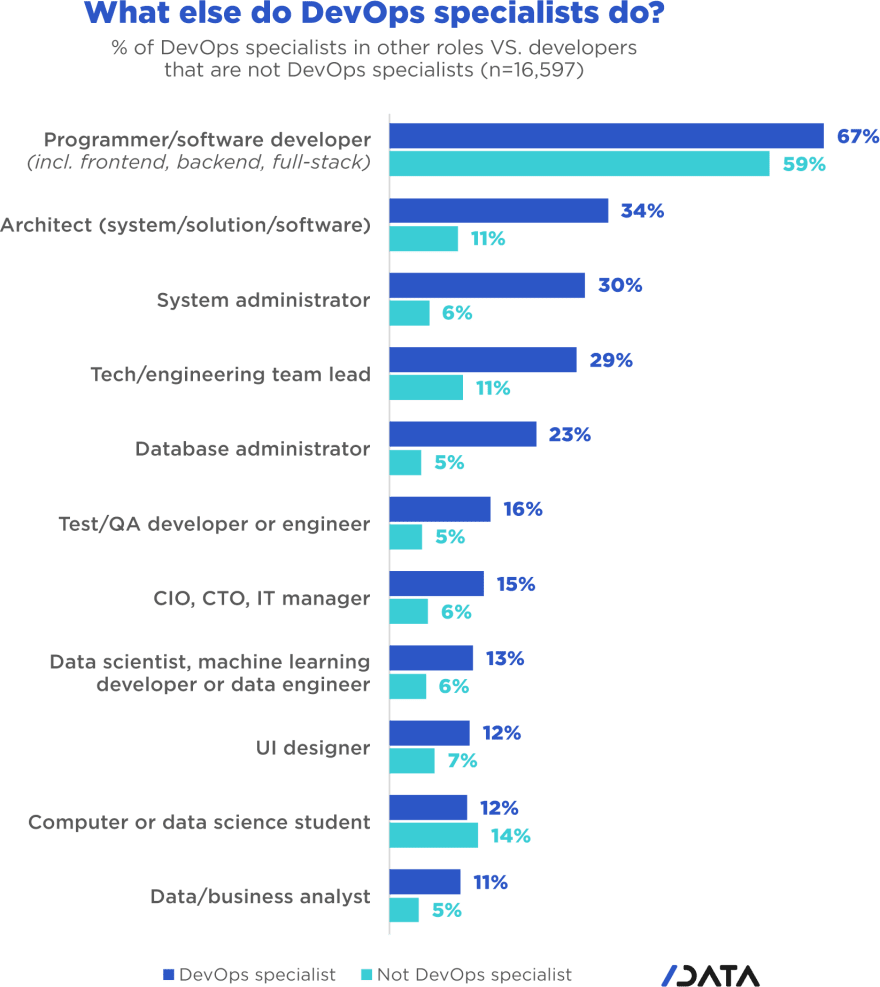 Digging deeper into the DevOps specialist’s skill sets, we can also observe that many have more than one role beyond DevOps specialist. From the table below we can see how these developers describe themselves and how their roles overlap. Twenty-three per cent of DevOps specialists are both programmers and system administrators and 27% are programmers and architects. Having development skills and an understanding of how to manage and design systems are an important combination of skills for leading a DevOps strategy. 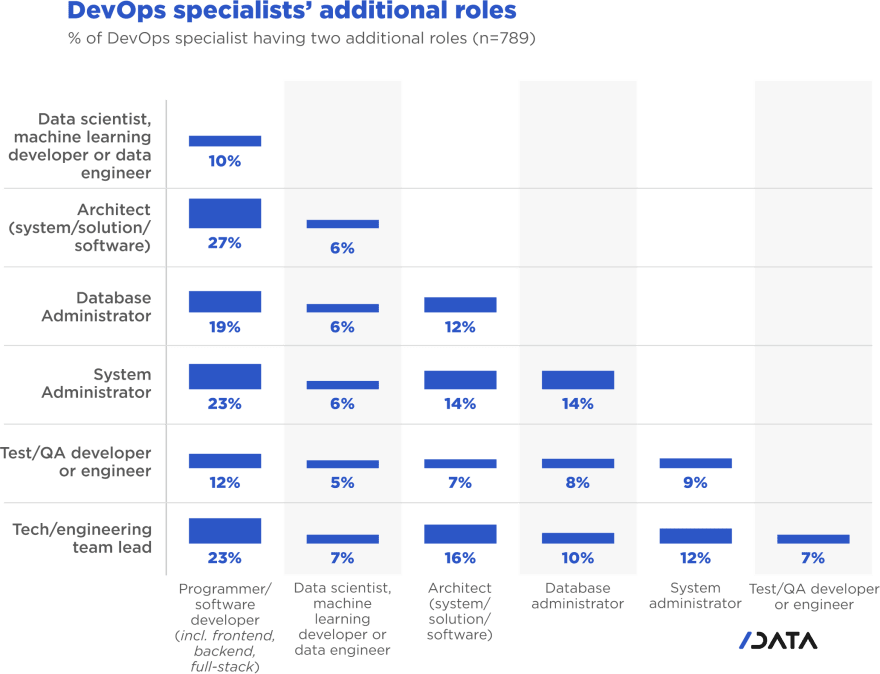 While DevOps is a very popular strategy already adopted by many organisations, based on the number of developers using CI/CD tools, not all developers are buying in. The DevOps culture has been slower in reaching less experienced developers and ones at smaller firms. The need for more experienced professionals with diverse skills may be a barrier to more developers benefiting from DevOps tools such as CI/CD.

If you are a DevOps specialist, join our community and voice your opinion in our current survey to shape the next State of the Developer Nation report.

Developer Nation
Our mission is to champion a global collective of software creators who are confident in their technology choices and feel included in the conversation about the future of the ecosystem.
Is it Pokémon or Big Data? DevOps books, and other resources
#devops #tooling #news #productivity
👉 Productivity tips for busy developers, plus news from Firefox, Apple, .Net and more.
#productivity #news #devops
Hacktober - yay or nay? Plus the latest in DevOps!
#hacktoberfest #productivity #devops #learning
Forem Open with the Forem app