Considered individually, Augmented Reality and Virtual Reality remain the smallest software sectors out of the ones we research (the others being mobile, desktop, web, games, backend, industrial IoT, consumer electronics, data science & machine learning). Even when combined, AR and VR (AR/VR) are only marginally bigger than Consumer Electronics, the next smallest sector. Only 0.4% of people are involved solely in AR or VR, the rest are involved with at least one other development area. 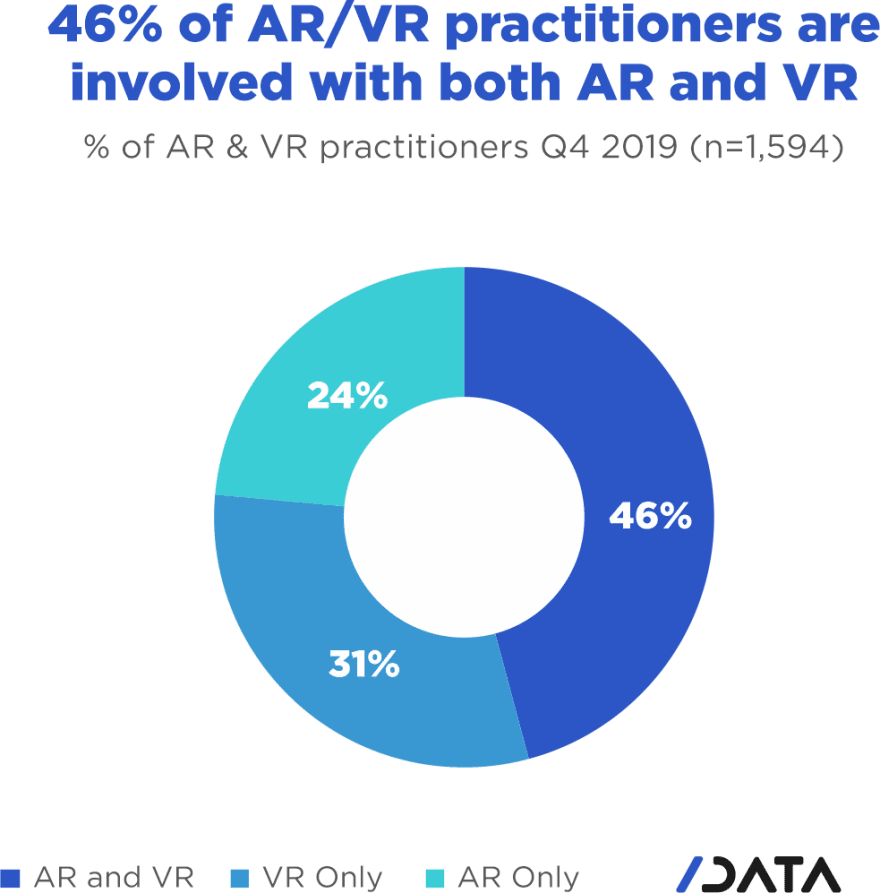 Of the 9% of people involved with AR or VR almost half (46%) are involved with both AR and VR. This shows that there is a significant overlap in the skills needed to work in these sectors.

There are more people involved solely with VR (31%) than with AR (24%). AR is slightly less mature than VR and there are some technical challenges in AR (occlusion, optics & object registration, for example) which are still being resolved, this also means that there is a smaller market for AR products, as the technology is less established. This results in a slightly higher barrier to entry and subsequently a smaller number of people involved in AR than in VR only.

What are your biggest pain points in getting into AR/VR development? Let us know in the comments.

In addition, why not share your experiences in our State of the AR/VR survey.

Metamask in a window

Developer Economics
Our vision is to help developers become not only better at coding but offer the necessary resources to enhance their developer skills & make smarter business decisions.
AR Engines, tools and SDKs
#arvr #ar #engine #resources
[SERIES] Did you know? Games is the most popular app category for developers and non-developers alike?
#gamedev #game #ar #arvr
[SERIES] Did you know? 22% of AR/VR non-developers are learning to code
#ar #programminglanguages #beginners #nocode