The chatbot to human hand-off plays an important role in customer support. It is useful when your chatbot is unable to understand the visitor query and fails to answer them.

Let say you visit a specific website that is empowered by chatbots. Assume that you ask a specific question to a chatbot but it fails to answer your question and keep on repeating the same response.

How does it feel? Don’t you get frustrated and leave the website immediately?

The same will applies to your website visitor also.

If your chatbot is unable to quickly handoff the unknown conversation to live agent and repeatedly saying the same thing then the visitor will get frustrated and may lead to less customer satisfaction and its bad reputation for your company which might affect your revenue as well.

So your chatbot should be brilliant enough to identify when it should hand off the conversation to a human agent and ensure that the end-user experiences a smooth transition.

When does human handoff should occur?

Usually, the chatbots are trained to help the users with answering their basic queries. If the end-users issue is complex and the chatbot is not able to provide any solution then it should involve a human agent to help the end-user with the complex issue.

You can add an action “input.unknown” to any intent to handoff the conversation to a human agent.

2. Depending upon the User requirements

There are some scenarios the end-user doesn’t want to wait for the bot to help with his issue or query and will be looking for a human agent. In that time the user should be given an option to directly talk to a human agent. This can be done with the help of menu options or rich messages.

Here is an example, when the user clicked on the button “Talk to Human” the bot handoff the conversation to the agent. 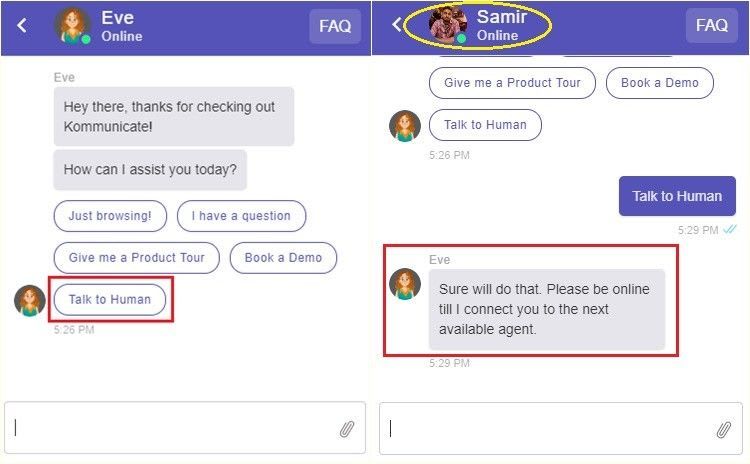 Below is the example for Dialogflow custom payload to add above shown menu option for transferring conversation to a human agent.

Below is the example for Dialogflow custom payload to add above shown menu option for transferring conversation to a human agent. 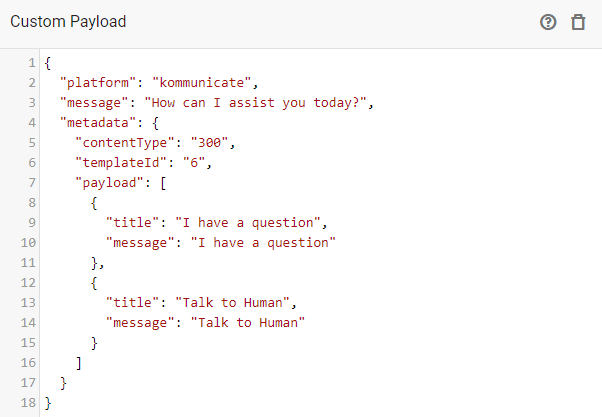 Here, talk_to_human is mentioned as a follow-up, and the payload is passed to it. 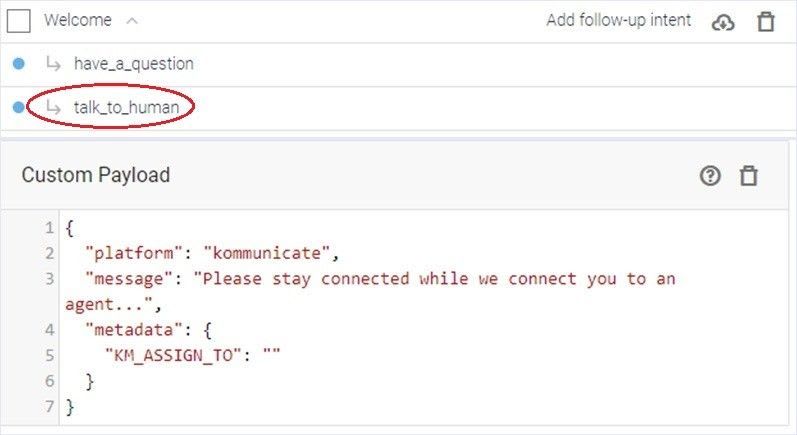 3. Human handoff based on keyword trigger

There are some cases where the bot should be able to handoff conversation to a human agent based on the keywords trigger. For example, when the user types words like a human, support, agent, etc.

Here’s an example where the user typed “human” and the bot handover conversation to a human agent. 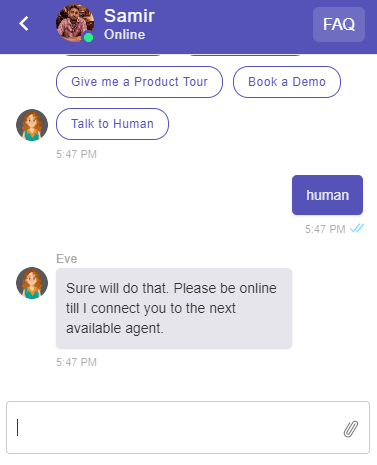 The corresponding Dialogflow intent and the custom payload are as follows. 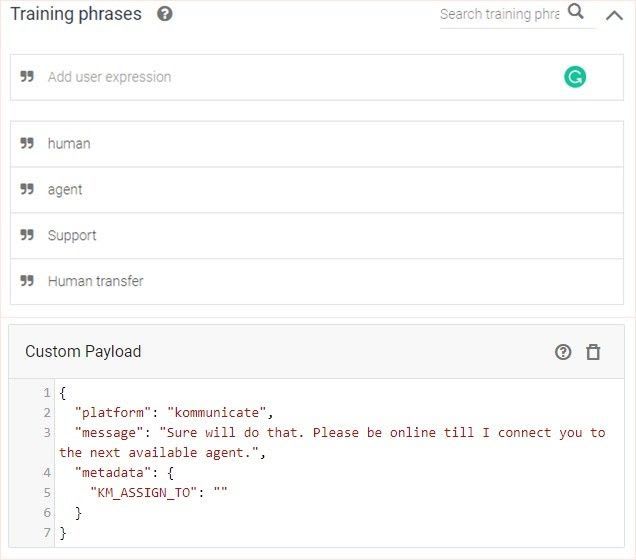 These are the possible scenarios where a chatbot should be able to handoff conversation to the human agent from Dialogflow after integrating with the Kommunicate.

This post is originally published in Kommunicate Chatbots Blog