Refactoring zealots will tell you you cannot refactor without proper unit test in place - Five Lines of Code assumes no tests available (although highly encouraged) while providing practical coding patterns (XP / Clean Code / Refactoring) that leverage the IDE and compiler such that they are considered "safe".

Christian Clausen does a fantastic job at weaving together the fundamentals of technical agile (craftsmanship) practices that are accessible to beginners yet thought provoking enough to teach the oldest of us dogs a few tricks. 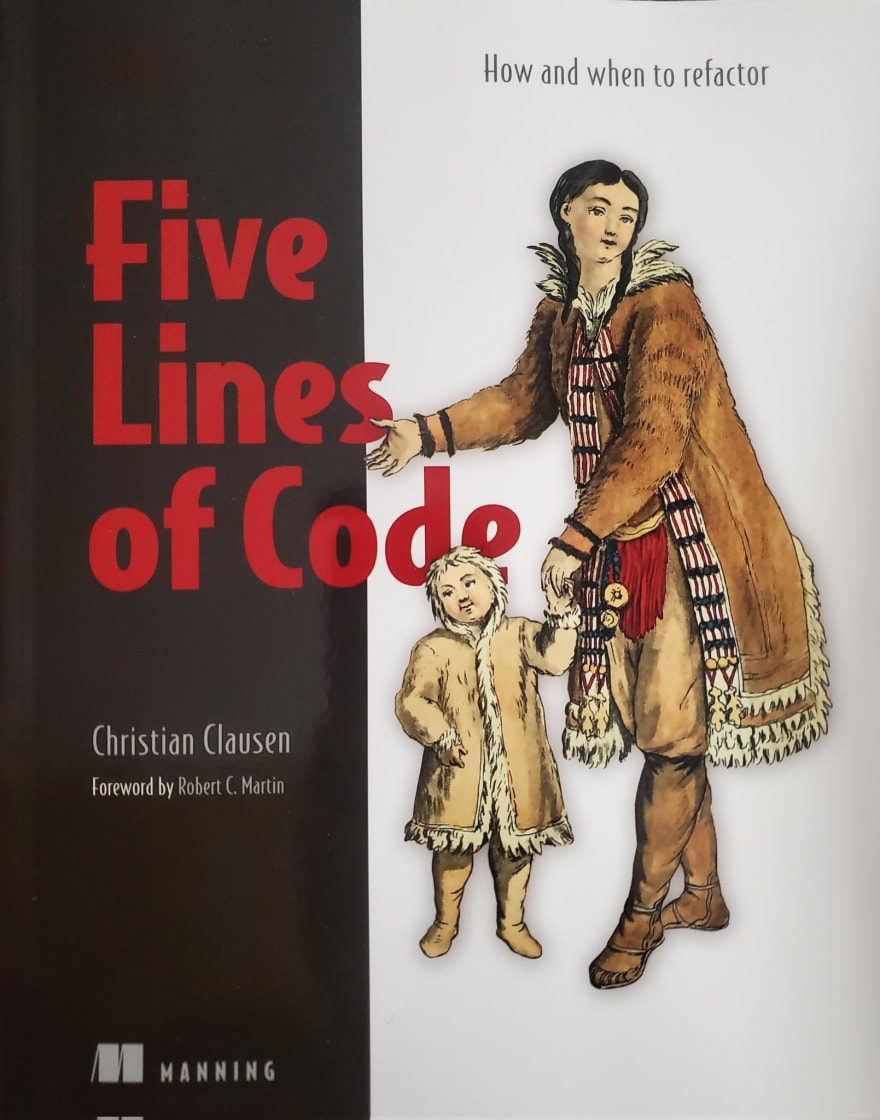 Refactoring - the discipline of transforming bad code to good code without breaking it. It works best - and cost least - if you do it regularly. 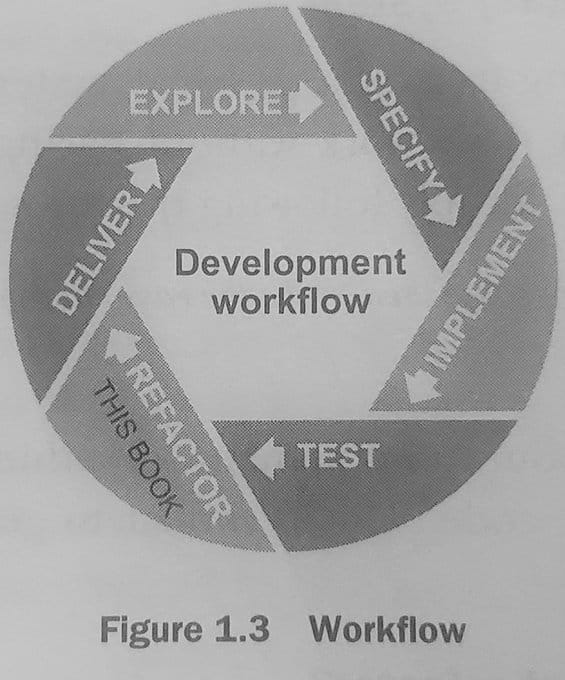 Rule - Either Call or Pass

Rule - If Only At The Start 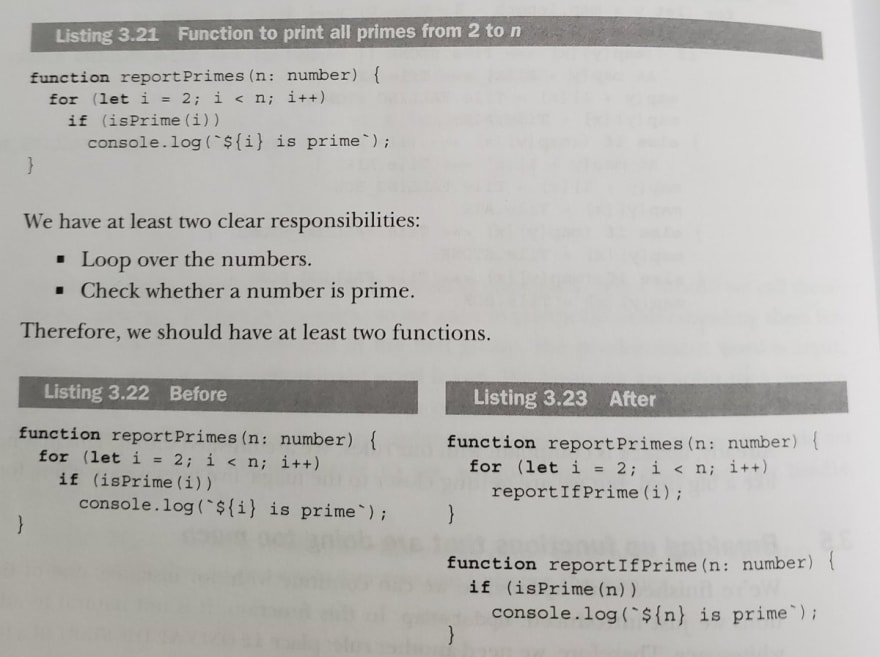 Rule - Never Use If With Else

Rule - Only Inherit from Interfaces

Don't have to understand all code to refactor. 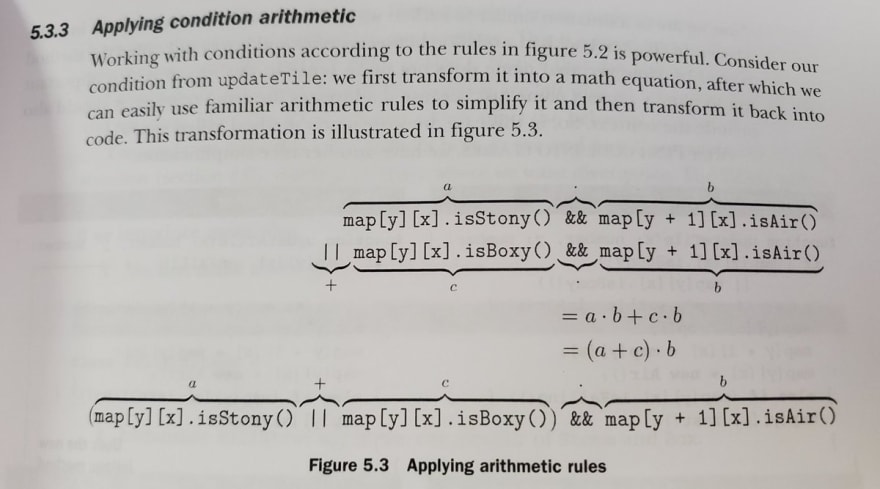 Rule - No Interface With Only One Implementation

Rule - Do Not Use Getters or Setters 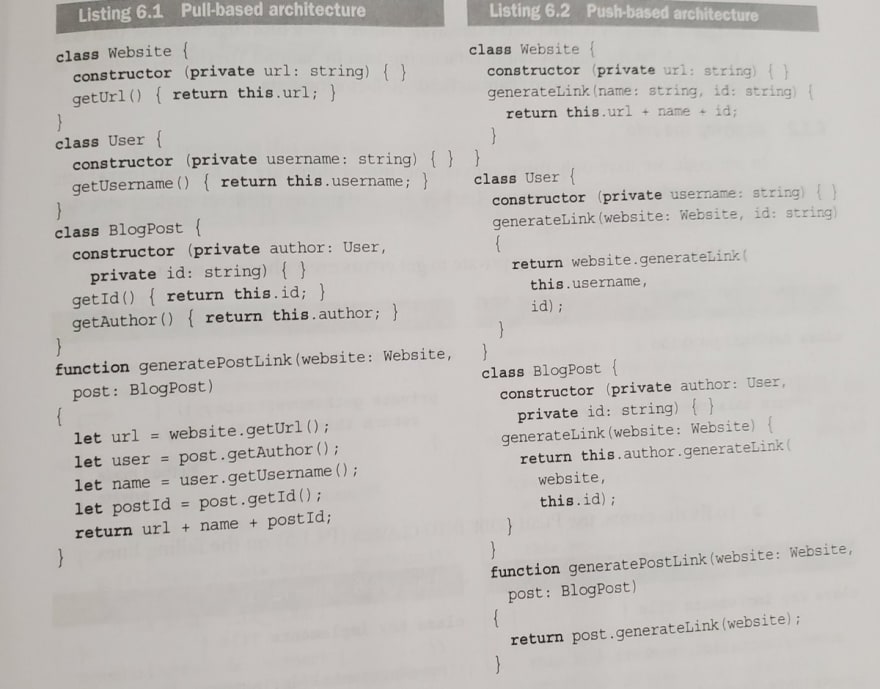 Listen to compiler's output, including its warnings

Comments are sus, smell, and are not to be used as deodorant on unclean code

Comment only what code cannot say - why comments, not what comments

Code is a liability

Anything that is unused, no matter it's potential, is only an expense

Only solve problem at hand, not problem can imagine

Maximize amount of work not done

If cannot make it good, make it stand out 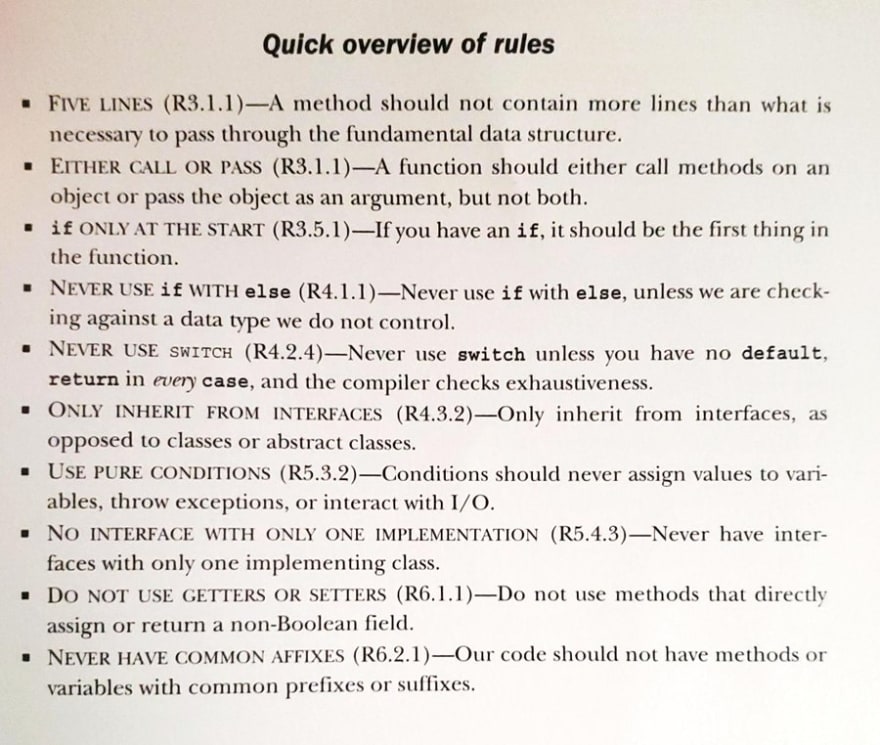 Shifting Left: What, How, and Benefit.

Once suspended, dev3l will not be able to comment or publish posts until their suspension is removed.

Once unsuspended, dev3l will be able to comment and publish posts again.

Once unpublished, all posts by dev3l will become hidden and only accessible to themselves.

If dev3l is not suspended, they can still re-publish their posts from their dashboard.