Do you have wifi dead spots in your home? Can you get hold of an old wireless router? Let's fix it by wirelessly linking both routers and then extend your wifi range to reach all the corners.

Typically the Internet Service Provider(ISP)'s cable enters your home at a corner. This forces you to place your router at one corner of your home which is not the ideal placement for optimal coverage. 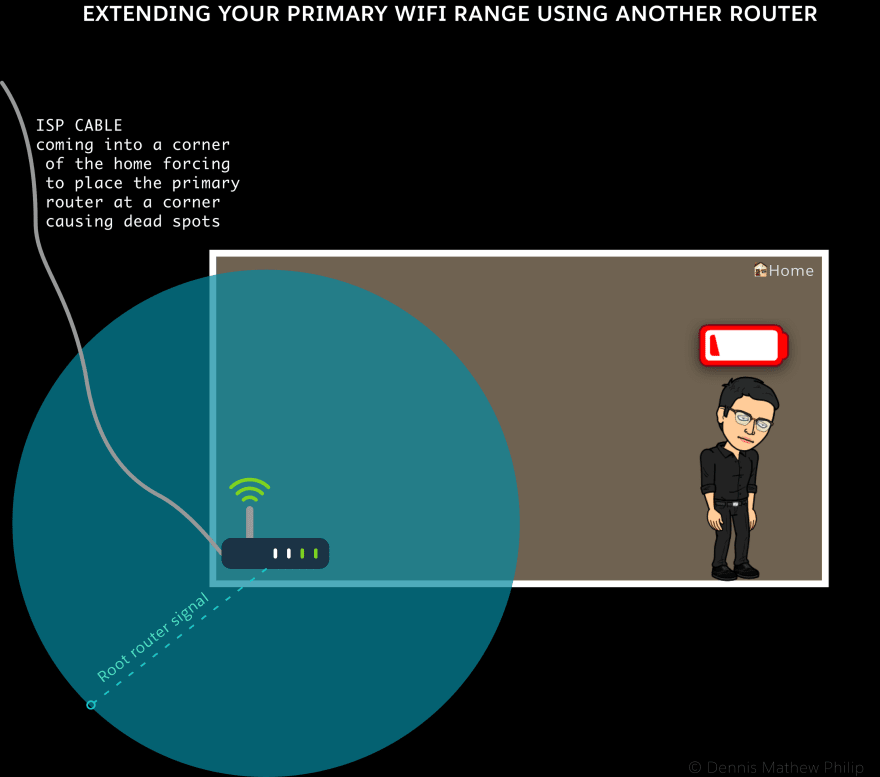 The technique I am going to explain is called Wireless Distribution System (WDS) which enables us to wirelessly link two routers and thereby extending the reach of the wireless signal. 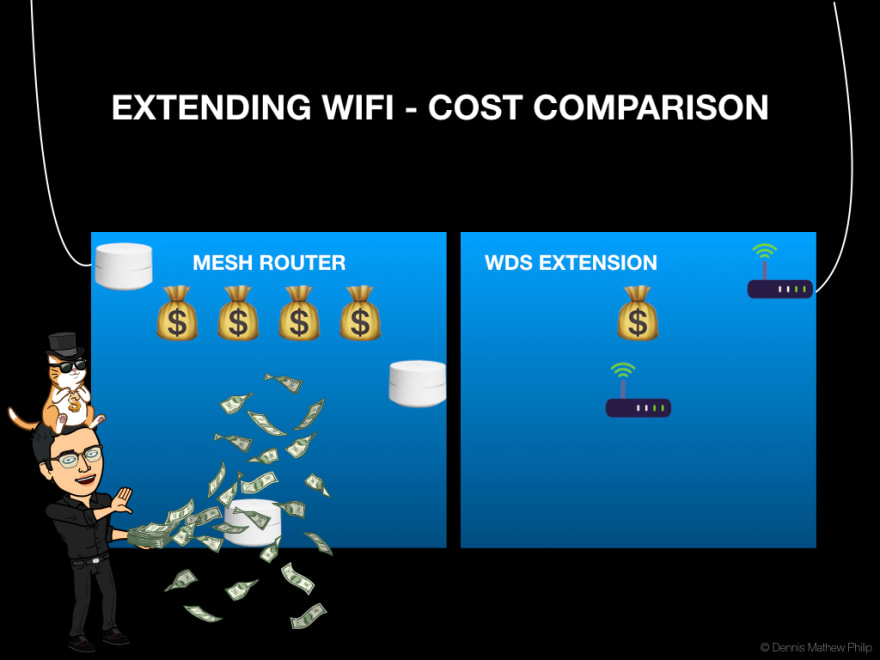 I purchased a preowned TPLink Archer C50 for $15 for testing purpose. The general theory should work across manufacturers/models that support WDS. 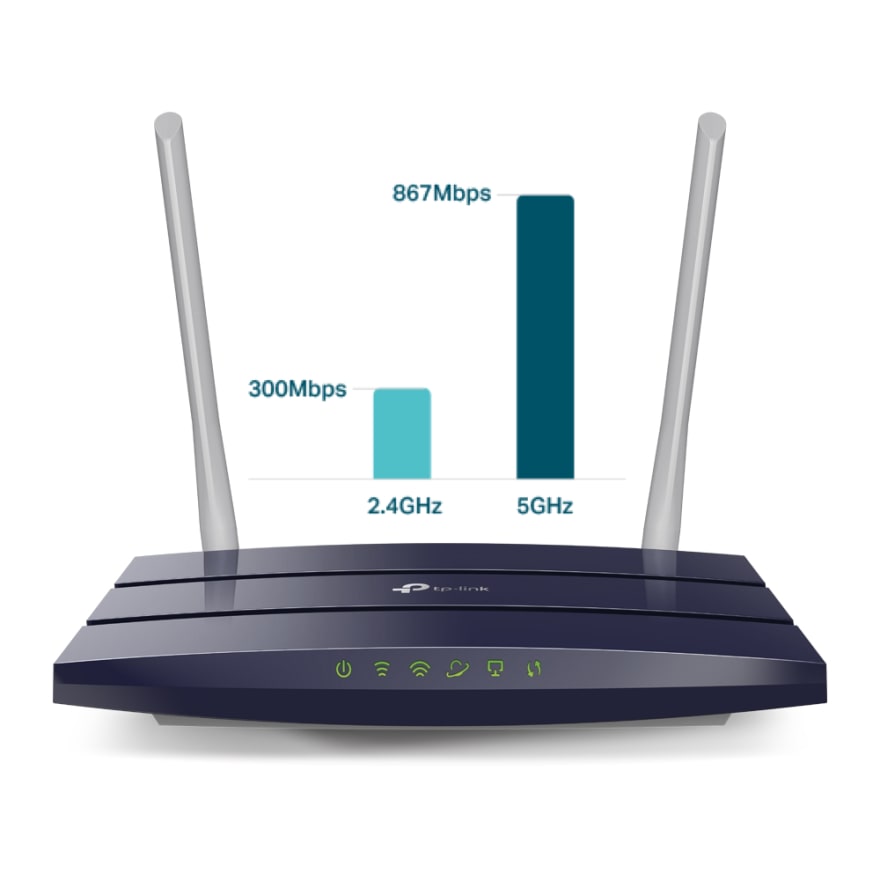 TPLink Archer C50 supports up to 300Mbps over the 2.4Ghz band and 867Mbps over the 5Ghz band. Also, comes with WDS support. My internet speed is well below the 300Mbps limit which made this a cost-effective pick to extend the wifi range of my 2.4Ghz band. 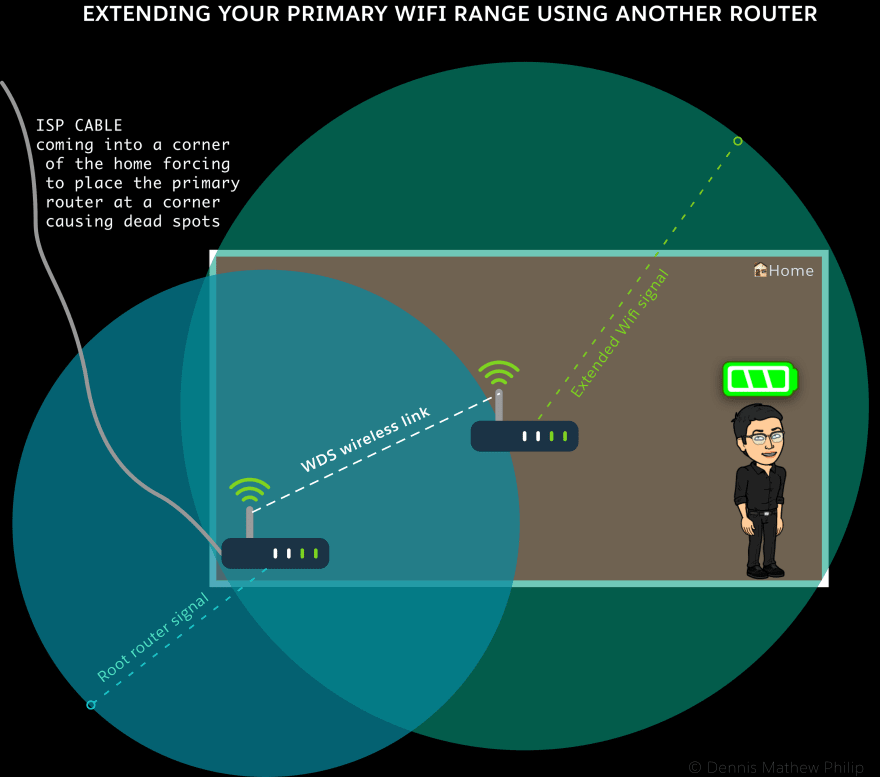 The key to successfully configuring this lies behind the idea we need to bring all the devices on a common LAN address range 192.168.1.x

The base router is the primary or root router which is the entry point from the ISP to your home. We are going to extend the wifi signal from this router.

Extended router is the new router(in my case TPLink Archer C50) which can be positioned optimally for the best wireless reception extending the base router signal.

Assign an IP 192.168.1.2 to this router and limit the range of IP addresses issued from this router between

WDS is great for expanding the internet signal range with minimum investment and serves as a great alternative before investing in an expensive mesh router system. This setting is often buried deep inside the router configuration and has not gotten much attention.

Once we link either the 2.4Ghz or 5Ghz band from the base router, the extended router can transmit both bands. This technique works well typically where the internet speeds are less than 300Mbps.

Please find my other writings here:

Creating an auto-layout algorithm for graphs